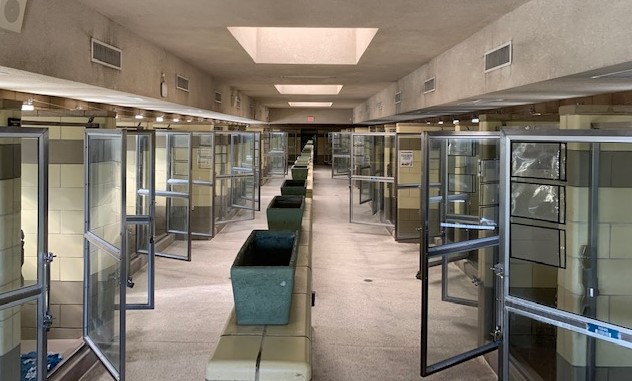 Rescue groups feared there might be a reckoning when California went into a COVID lock-down and people sought companionship by adopting pets. A day might come when people, who were no longer cooped up at home, might discover that adopting Fido might not have been the best decision.

Here’s cause for cautious optimism: That day has yet to arrive. So far, people are keeping their pandemic pets.

Allison Lindquist, president and CEO of East Bay SPCA, says rescue groups had been bracing for the easing of COVID restrictions, when pet owners might begin venturing back to workplaces and traveling once more. A tsunami of returned pets was feared, but so far, there has been hardly a ripple.

Overall, pet adoption enthusiasm is at such a peak, 13 Northern California rescues, led by East Bay SPCA and funded by BISSELL Pet Foundation, this week flew in more than 100 dogs, cats and kittens from an overcrowded Tulsa, Oklahoma shelter and are seeking new homes for them.

Lindquist says she and the rescue are part of a 400-member statewide rescue coalition, and they’ve all be watching the situation. None in the group, she says, has reported a problem with returned pets and most, like East Bay SPCA, are seeing a lower than average return.

Nationally, about 10 percent of all pet adoptions fall through for a variety of reasons. Buffy Martin-Tarbox, communications director for Peninsula Humane, said a primary cause is people discovering they are allergic to their pets, especially cats. Other reasons include behavior problems and incompatibility with children or other pets.

‘Back 4 Blood’ Open Beta to launch next week for consoles, PC

People may be struggling with their pets, but they are reaching out for help, which is keeping the pet in its loving home. East Bay SPCA, whose dogs were all adopted within 48 hours after the original shelter-in-place order was given, has seen a big demand for help through its behavior hotline.

The shelter also has a full-service veterinary clinic that is open to the public and the clinic has been slammed with requests, Lindquist says, with many people waiting up to three months for appointments.

Contra Costa County’s Animal Services is seeing a slightly different side of the coin. It’s not so much adoption returns — where an animal goes back to the shelter from where it was adopted and is re-homed — as pet surrenders, shelter spokesman Steve Burdo says, where people give up ownership of their pets. Most of the surrendered animals, he says, were adopted in the past 11 months, not through the county but through Craigslist or other agencies.

Surrender requests during pre-pandemic times, Burdo says, averaged 100 to 150 a month. During the pandemic, the number dropped to about 50 a month. So far in July, the county has had 80 requests.

“Our owner surrender process revolves around seeing the pet being surrendered into the shelter only as a last resort or in urgent cases,” Burdo …read more