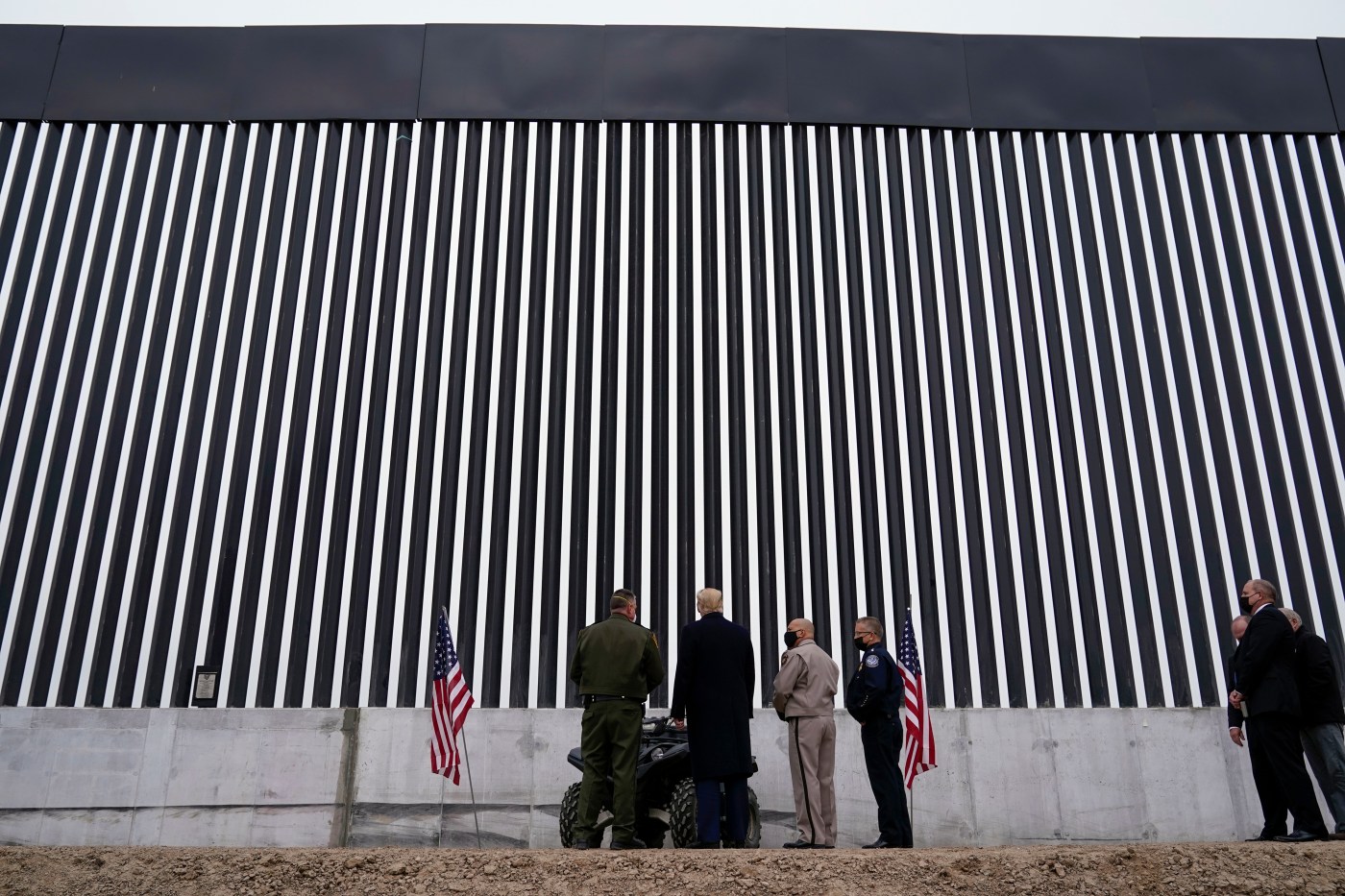 President Donald Trump bookended his administration’s focus on immigration with a trip to his signature border wall on the US-Mexico border, a visit on the heels of a deadly riot on Capitol Hill incited by the President as House Democrats prepare a second impeachment vote.

On Tuesday, Trump traveled to Alamo, Texas, near the border, to mark the completion of more than 450 miles of wall — a trip that caters to the supporters who put him in office in 2016 despite heightening tensions nationwide and a raging pandemic.

The border wall, which Trump repeatedly cited over the last four years as an accomplishment, cost US taxpayers — not Mexico — billions and became emblematic of the President’s restrictionist immigration policies, which largely sealed the US off from immigrants and refugees.

During a brief speech near the wall, Trump listed off a series of those policies Tuesday, citing them as accomplishments and calling them “historic.” Indeed, many of the policies rolled out over the last four years are unprecedented, including requiring asylum seekers to wait in Mexico until their immigration court date in the US and swiftly removing migrants arriving at the southern border under a public health order. Immigrant advocates and lawyers have challenged the policies in court, arguing that they put migrants in harm’s way.

President-elect Joe Biden has pledged to undo Trump’s policies and halt construction of the border wall, a move Trump warned against.

“We can’t let the next administration even think about taking (the border wall) down, if you can believe that,” Trump said. “I don’t think that will happen. I think when you see what it does and how it’s so important to our country nobody’s going to be touching it.”

He also briefly referred to last week’s insurrection, appealing for “peace and calm” in a brief scripted portion of his speech.

“Now is the time for our nation to heal,” he said, the sentiment entirely undercut by his attacks on Democrats and tech companies.

On the eve of the visit, Mayor Jim Darling of neighboring McAllen, Texas, acknowledged that tensions are high. This will be Trump’s first public appearance since speaking on the National Mall last Wednesday, shortly before his supporters forced their way into the US Capitol.

“I understand that emotions are high on both sides, for or against, the President, and I hope that if there are demonstrations for or against, that they are peaceful with respect to our law enforcement personnel,” Darling said.

Since January 2017, roughly $15 billion has been identified to construct around 738 miles of border wall through different funds, including those made available through Trump’s declaration of a national emergency.

Of the roughly 453 miles, the majority replaces old, dilapidated barriers with a new enhanced wall system, a marked difference from the fencing previously constructed in some regions. Forty-seven miles have gone up where no barriers previously existed, according to Customs and Border Protection.

In the waning days of Trump’s presidency, the White House is continuing to push relevant federal agencies to obligate funds …read more