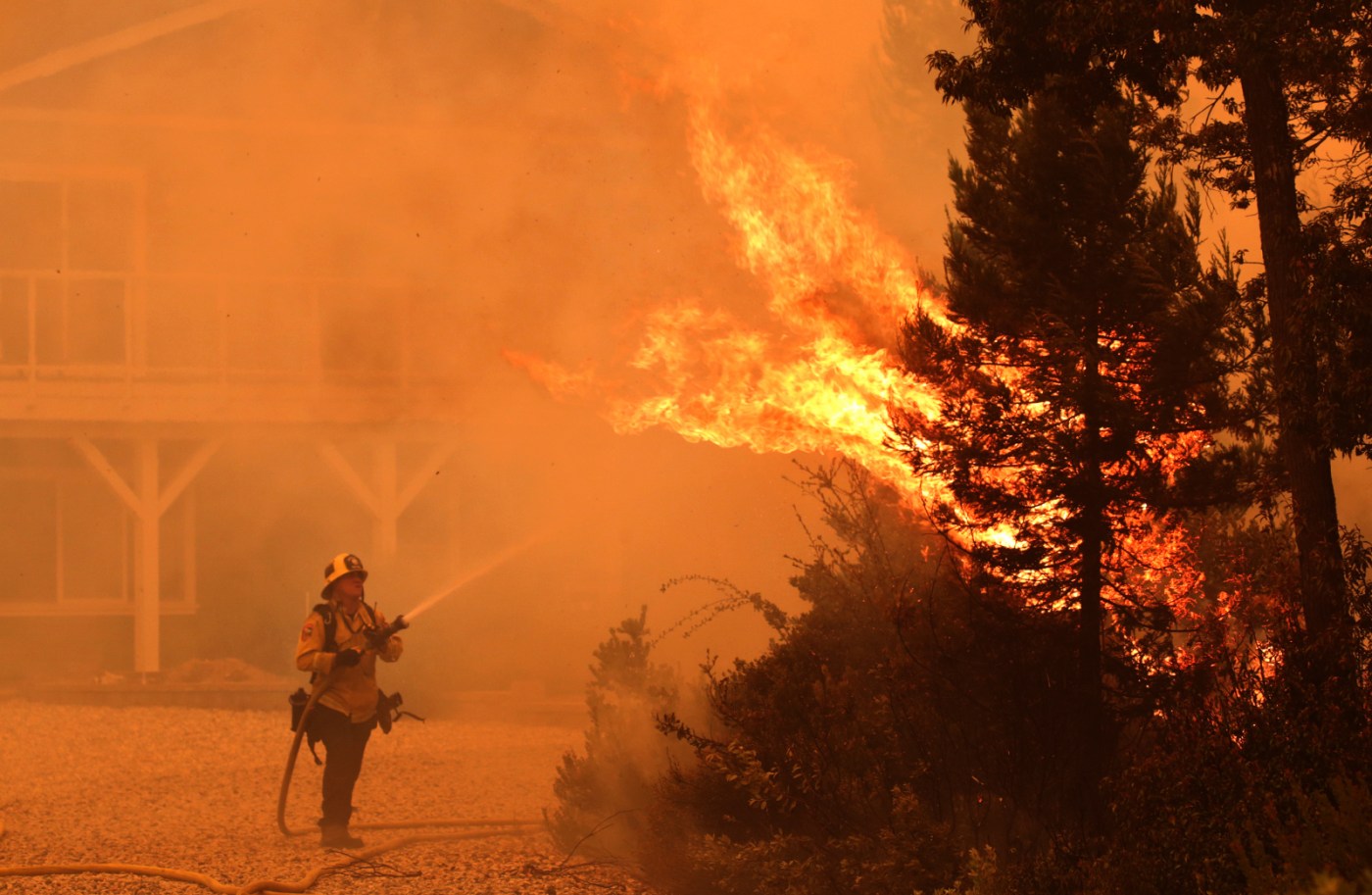 SANTA CRUZ — If a wildfire erupts, private firefighting crews may be sent to defend State Farm insured homes in Santa Cruz County, but also across the West.

According to a letter obtained by the Sentinel, Wildfire Defense Systems firefighters could be dispatched beginning April 1, to the homes of policyholders in California, Arizona, Washington, Colorado and Oregon. The private firm provides wildland firefighting and property defense services at a “wildfire-agency scale,” according to its website.

“If your home is located in an area within an active wildfire, WDS may visit your property to assess the threat and may take proactive measures,” the State Farm letter reads.

Actions taken by Wildfire Defense Systems, could include extinguishing fires or embers on the property of the insured, applying a flame-retardant gel, clearing brush and leaf litter away from the home and setting up sprinkler systems.

“This service is not about fighting wildfires but about protecting property, and we believe it is an important benefit to our customer. While Wildfire Defense Systems Inc. focuses on protecting property, firefighters can concentrate on fighting the wildfire,” State Farm Spokesperson Jordi Ortega wrote in an email.

Beginning in 2020, the insurance company began offering wildfire mitigation services as a pilot program with Wildfire Defense Systems to customers in Oregon and Colorado.

“We’re a contributor, we don’t replace or supplant or assume the responsibility of any of the public sector firefighters or resources on the incident,” David Torgerson, president of the Bozeman-based Wildfire Defense Systems said. “We simply provide additional support and help insured properties so they have a better chance of surviving the fire.”

California to add nearly 1,400 firefighters amid fears of another devastating wildfire season

Before beginning work on a wildland fire, Torgerson said firm crews must get permission from the state or federal agency leading the response, to access insured properties.

The firm uses the same methodology federal and state firefighting agencies use to assess which homes are most at risk, Torgerson said. Wildfire Defense System crews defend those most vulnerable insured properties first.

Last year, the company responded to more than 160 wildfires across the U.S.