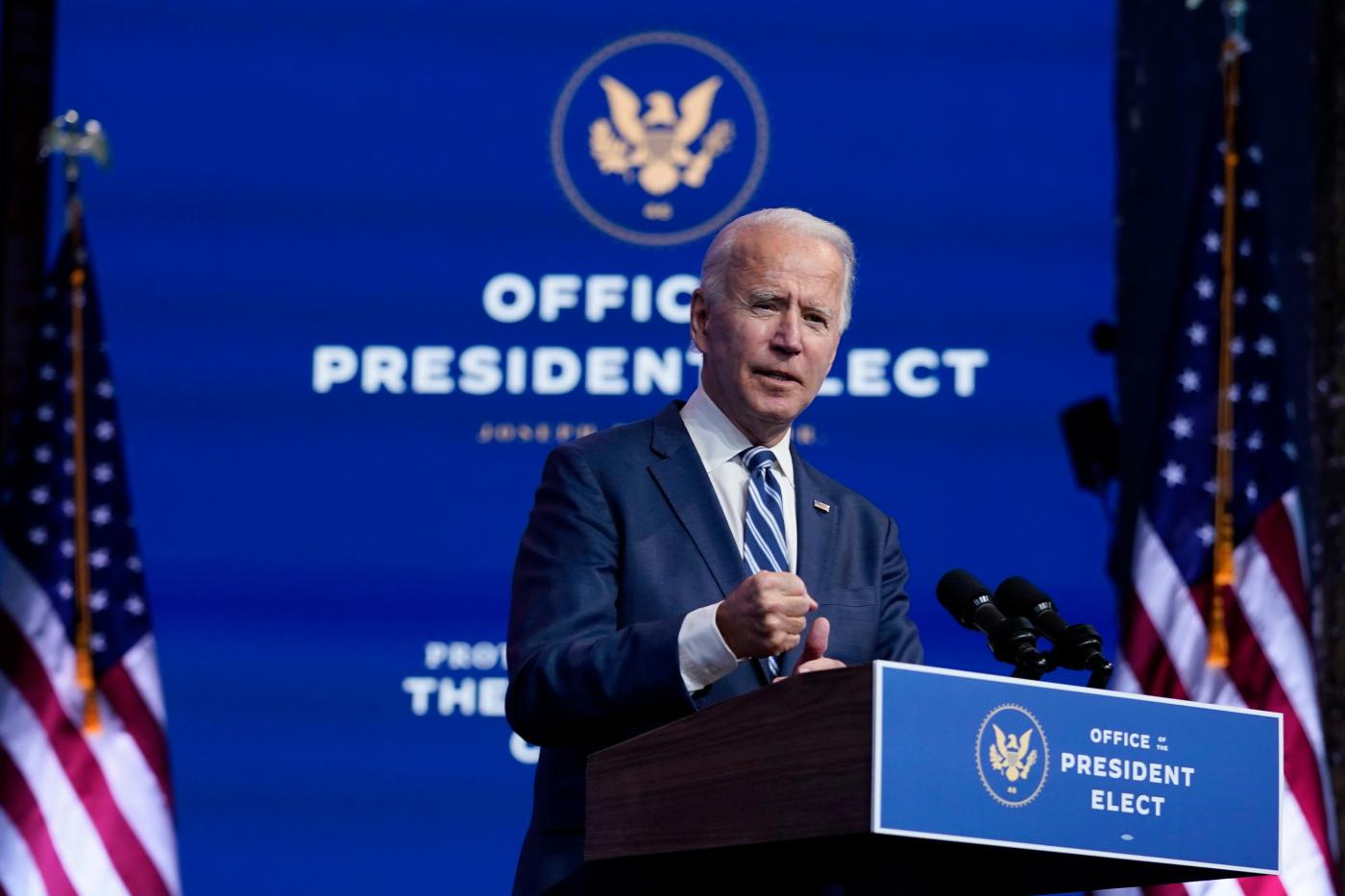 By Will Weissert | Associated Press

For now, much of the lobbying centers on who Biden should — or should not — appoint to key posts as he builds out the administration that will take office in January.

The left-leaning think tank Progressive Change Institute partnered with more than 40 activist groups and on Friday released a detailed list of 400 progressive policy experts they want Biden to bring on. That follows a separate effort from more than half a dozen progressive groups this week that signed letters urging the president-elect against naming anyone with ties to major corporate interests to key Cabinet posts.

“Now is absolutely the moment to push Biden to do what’s necessary to meet the moment,” said David Segel, a former Rhode Island state representative and executive director of Demand Progress, which was among those signing the letters. “And that means a robust economic response, a robust health care response, a willingness to push back against concentrated corporate power that’s fomenting inequality. And he has a mandate to do all of that.”

The jockeying amounts to the opening round of what is likely to be a lengthy debate over the future of the Democratic Party. Some centrists have blamed losses in the House and a disappointing performance in the Senate on Republicans’ ability to paint Democrats as having moved too far to the left.

Dismay in Somalia as US considers withdrawing forces

That’s creating tension for a party that should be basking in the glow of defeating an incumbent president for the first time in nearly 30 years.

“We’re a big family. There’s lots of different parts to the family,” said Mitch Landrieu, the former Democratic mayor of New Orleans who has a reputation as a political centrist. “It’s a welcome discussion because the country is changing dramatically, and we have to think of how to navigate into the future.”

Much of the focus will be on how Biden fills out his administration. In a letter earlier this week, top progressive groups asked Biden to “decline to nominate or hire corporate executives, lobbyists, and prominent corporate consultants to serve in high office.”

They also said he should aggressively make appointments while Congress is not in session and employ the Vacancy Act, a 1998 law that allows for appointments to administration positions for more than 200 days without Senate approval.

Doing either would keep Senate Republicans from blocking Biden’s top choices — especially the most progressive ones whose nominations would face the toughest confirmation fights. Additionally, the groups sent a similar letter to Senate Democrats instructing them to hold Biden accountable to those demands.

Biden has promised to expand Obama administration ethics rules curbing lobbyist and corporate interests in government, a stark departure from the Trump administration’s friendly relationship with large businesses. But he’s also leaning on advisers with deep Washington experience and calling for bipartisanship and healing a divided nation — meaning his …read more