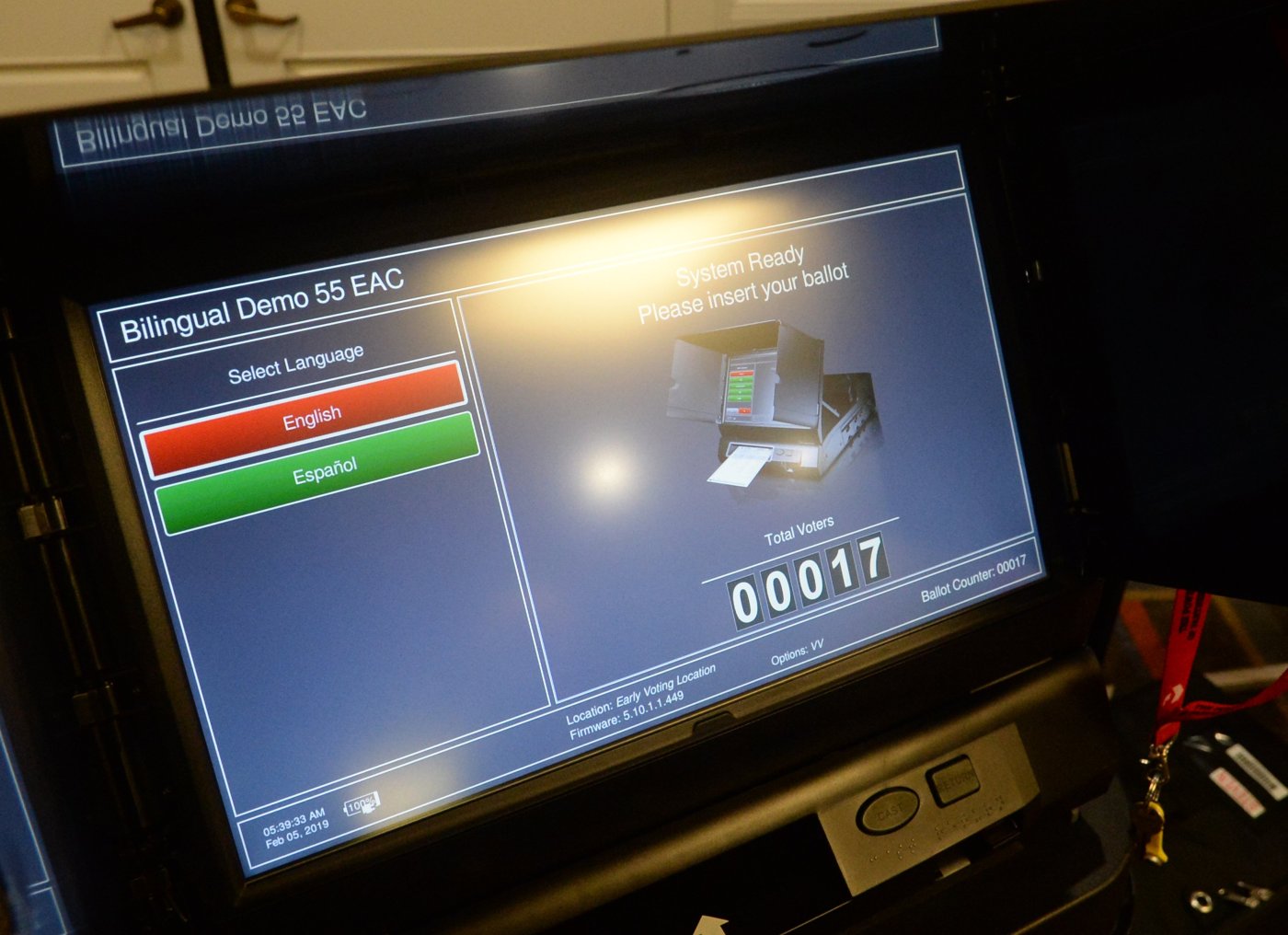 A voting hardware company that came to prominence right after last year’s presidential election is seeking to block Santa Clara County from releasing the firm’s financial documents, arguing they contain trade secrets that make them exempt from public records laws.

On Thursday, Santa Clara County Superior Court Judge Helen Williams said she would like to first take a look at the documents in question before making a ruling.

Denver-based Dominion Voting Systems, which provides machines that counts votes and also allows individuals to cast their vote, became a household name in fall 2020 after an onslaught of conspiracy-driven accusations were directed at the company from former President Donald Trump and his supporters, who claimed the company had rigged the 2020 presidential election against him.

In 2019, Santa Clara County awarded an eight-year contract to Dominion to utilize their technology for the county’s Registrar of Voters. As part of the contract process, Dominion provided 47 pages of audited financial statements from 2015 to 2017 to the county that were marked with the words “confidential” and “proprietary” on each page.

In August, Santa Clara County received six public records requests that sought Dominion’s financial statements. As part of an agreement between the county and Dominion, the county notified the company about the records request and that they intended to fulfill it. After Dominion raised concerns about the release of the documents, the county directed them to make their case in court rather than the county making the determination.

In their suit seeking to block the records from release, attorneys for Dominion argue that the company’s interest in preventing their release “outweighs” the public’s interest in receiving them. They also state that “across the nation,” individuals who are “fueled” by “false claims” that the company rigged the 2020 election have filed public records requests seeking information that intends to harm Dominion.

Opinion: Boomers have the time, money and skills to work for common good

In addition, attorneys for Dominion contend that it is in Santa Clara County’s own interest to not release the financial documents. If the documents were to be released, they argue, future vendors may be “reluctant” to work with the county.

According to the suit, one of the requests was made by a “sovereign citizen” of so-called “New California,” a movement started in 2018 that looks to secede from the state.

County Counsel James Williams said that in these cases, the county takes a “relatively neutral” position.

“They need to go seek a court order. They are the ones who have the factual knowledge if they have a trade secret,” said Williams about companies seeking to block certain records from release. “We want to make sure the vendor isn’t going way overboard. We would object to that. Between them and the court, we aren’t in the position to know (what is a trade secret) given their particular industry issue.”

Williams also said that an individual who wished to intervene in the case, Sunnyvale councilmember candidate Charlton M. Thornton, did not make an appearance.