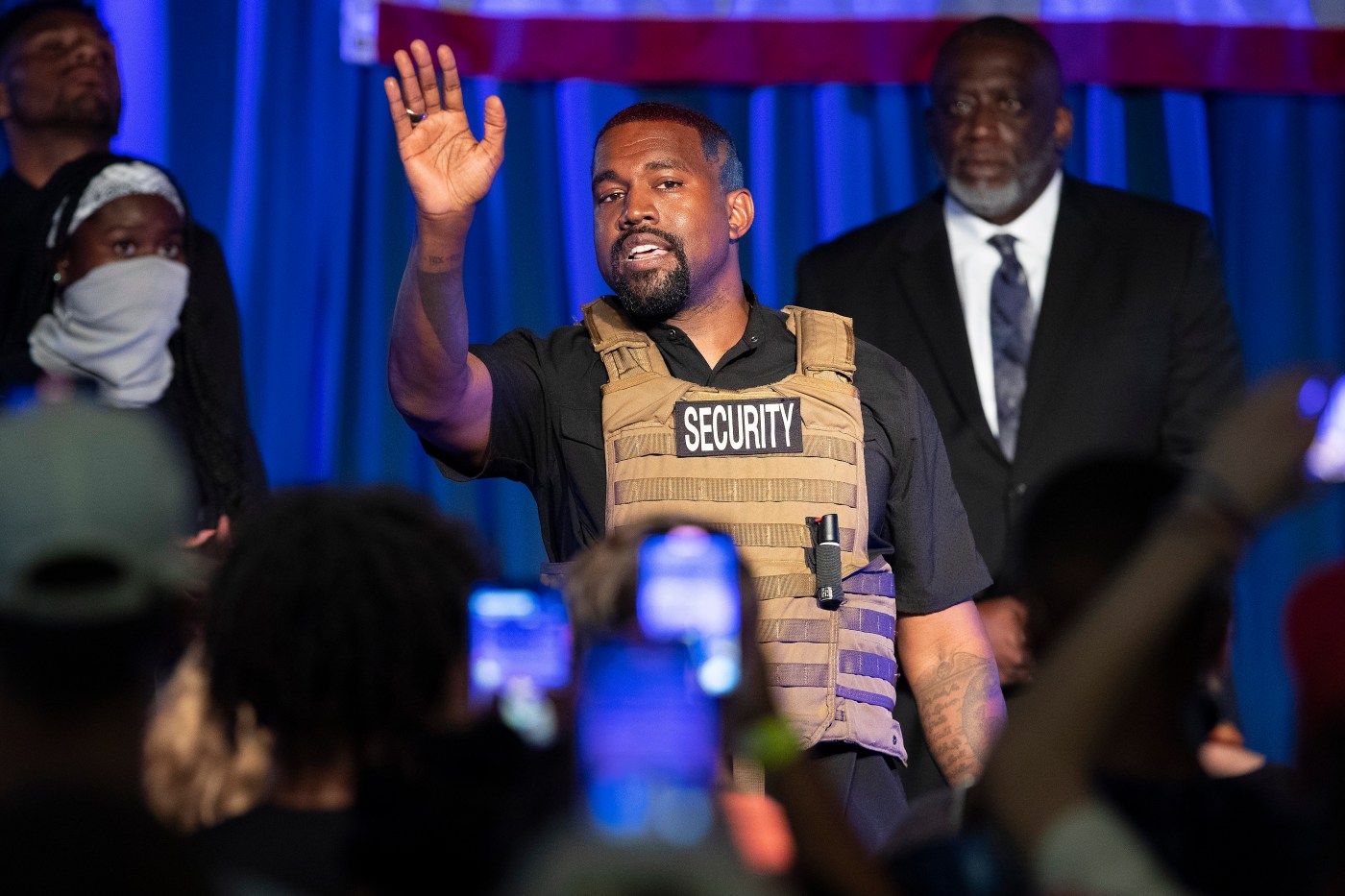 As voters in California receive their mail-in ballots, they might be surprised to see that President Donald Trump and Joe Biden are not the only options for president, though they’re the ones invited to the debates, and the candidates we hear about day in and day out.

In California there are six political parties with presidential tickets on the ballot, the Democratic and Republican parties, but also the Green Party, the Libertarian Party, the Peace and Freedom Party, and the American Independent Party.

Outside of Trump and Biden, the most recognizable name is Kanye West, the famous rapper, producer, fashion designer, and husband to reality star Kim Kardashian. But while West is running for president as a Birthday Party/Independent candidate in other states, in California he is listed as the vice presidential candidate for the American Independent Party.

How he got there is the big question mark. West didn’t qualify for the California ballot. But he was selected for the American Independent Party ticket’s number two candidate, apparently without his knowledge or consent, though officials say they did attempt to contact his campaign. Roque De La Fuente, a perennial presidential candidate known as “Rocky,” is the lead candidate on that ticket.

The American Independent Party was founded in 1967 and one of its first actions was to endorse George Wallace, the famous segregationist and Alabama governor, when he ran for president in 1968.

Markham Robinson, the “national chairman of the American Independent Party of these United States,” says the party is different now, and it only maintains ballot access in California.

Horoscopes Oct. 23, 2020: Weird Al Yankovic, call in favors, and put everything in place

He describes it as a “conservative constitutionalist” party, and says one motive for the nominations is “to dislodge voting patterns of (Latinx residents), and especially Black (residents), who have been voting democrat for inadequate reasons.”

If that seems like an odd choice for an anti-immigration party with segregationist origins, Robinson insists it’s not.

“The secondary purpose is as a public service to those who hate Biden and hate Trump,” says Robinson, who sees the two-party system as part of a larger problem, though he said the party was “very happy” with the Trump administration and seriously considered throwing their support behind the Trump campaign, as they did last year.

“Actually,” Robinson added, “we are closer to Kanye West’s policies than Rocky’s.

“The guy has some qualities,” said Robinson of West, “and we appreciate the portions of his platform that quote scripture.”

Getting on the presidential ballot is no easy feat. Smaller political parties have been working for decades to get their candidates on the ballot consistently, and even the most prominent “third” parties like the Green and Libertarian parties don’t get on the ballot in each state every year.

Ballot access requirements are different in each state. In California, if at least one third of 1 percent of registered voters are registered in your political party, you get on the ballot automatically. That is how the American Independent Party has maintained ballot access in California, one of six “qualified political parties” in the state. If a candidate isn’t …read more