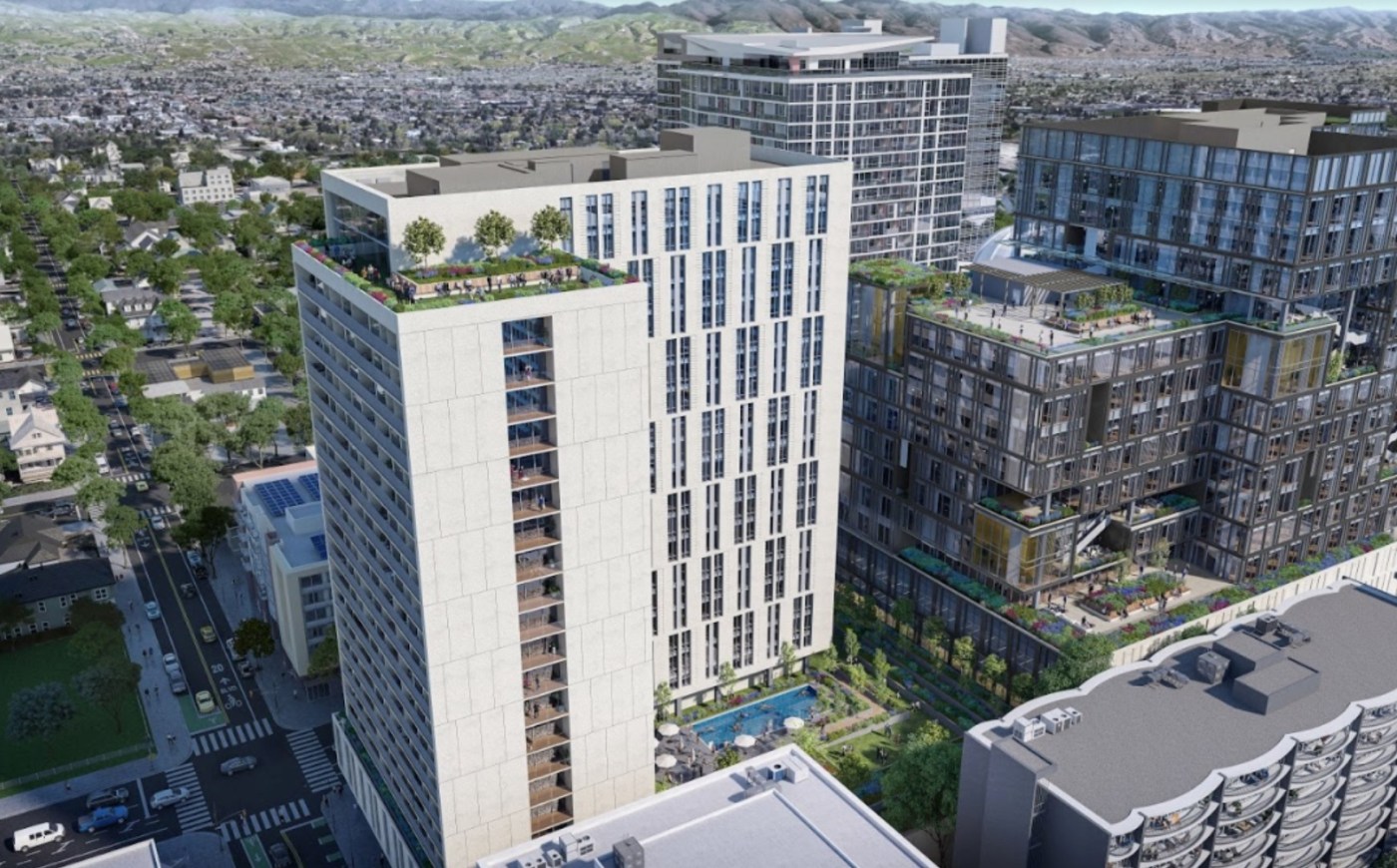 SAN JOSE — Fresh plans have emerged for two towers poised to become landmarks in downtown San Jose that would offer an array of rooftop amenities and outdoor spaces designed for the health-conscious COVID era.

The towers would add modern offices and hundreds of homes to downtown San Jose and help create activities involving thousands of people next to a future BART station in downtown San Jose, executives with project developer Urban Catalyst said.

The developers have disclosed the number of floors in each building and have released new concepts for the two towers that show the development will offer residents and office workers wide-ranging outdoor amenities.

“We are going to have big rooftop decks on both towers,” said Erik Hayden, a founder and managing partner with Urban Catalyst. “This is going to be a very exciting project that will create new activities downtown.”

The housing tower, which is called Echo, would accommodate about 300 homes; the office tower, being called Icon, would total about 420,000 square feet, according to the revamped preliminary plans Urban Catalyst has filed with San Jose city officials.

“This is all about adding density at key corners in downtown San Jose,” said Joshua Burroughs, Urban Catalyst chief operating officer and partner. “This is going to really help to activate this area.”

The project also will rise next to the future downtown BART station in San Jose and could be next to one of the entrances or exits of the rail stop.

“The redevelopment of this area will enhance the future BART station’s ridership and vibrancy,” said Bob Staedler, principal executive with Silicon Valley Synergy, a land-use consultancy.

The plans show a rooftop deck for the residential tower with views to the north, west, and east. The office tower will have a roof deck as well as open areas on the side of the building that will be two stories high.

“Echo will have good views of St. James Park,” Burroughs said. “Icon will have a lot of outdoor spaces.”

The corner of Fourth and Santa Clara streets will feature a new office and residential project, a new Miro housing tower, and the existing San Jose City Hall complex.

“There will be a few thousand people and tremendous density emerging on that corner,” Burroughs said. “These will be really good, very active corners right near BART.”