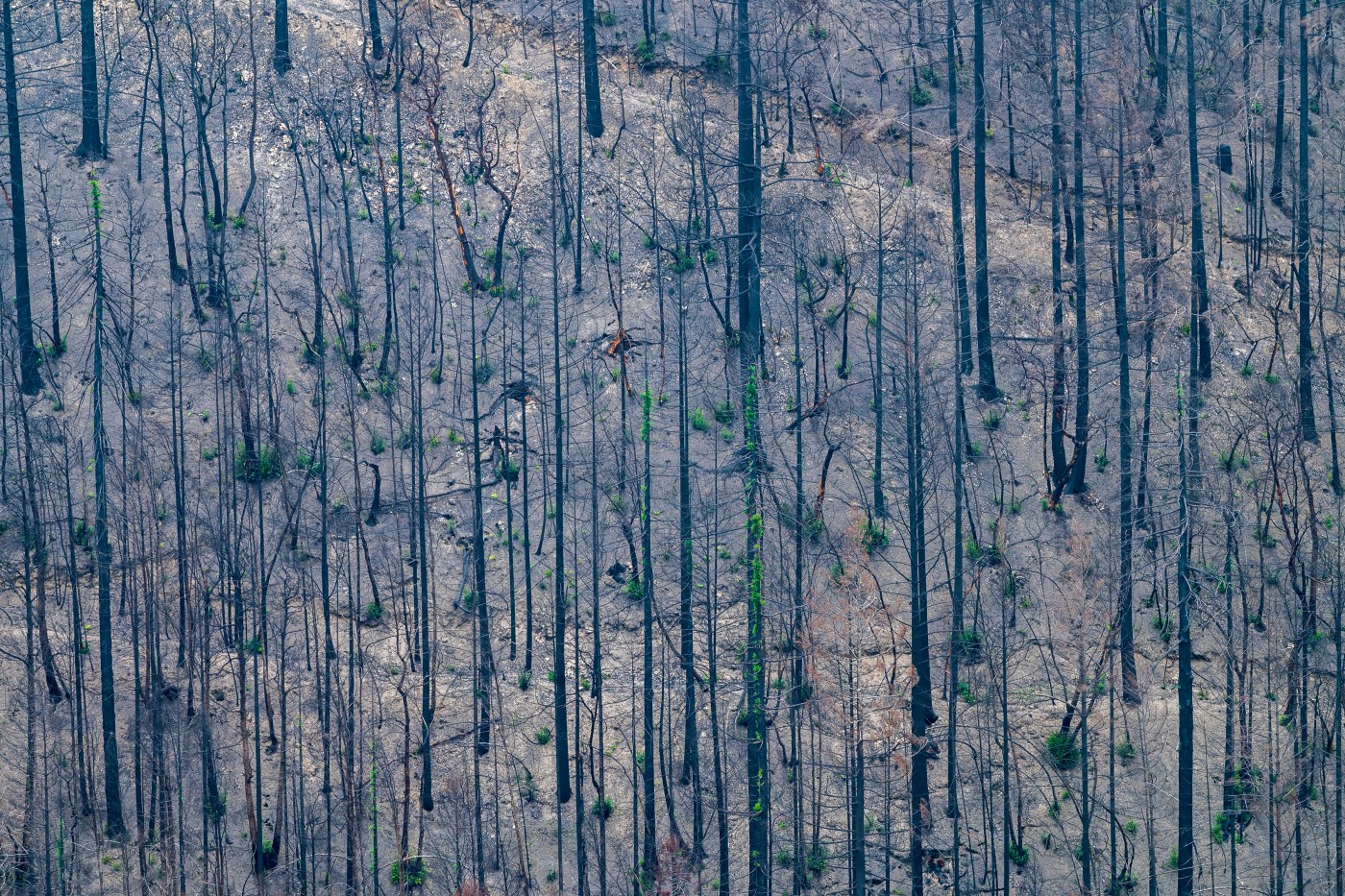 Last year’s devastating wildfire season was barely in the rear-view mirror when the red flag warning hit Sunday for a large swath of Northern California.

In another example of the Golden State’s new normal, the National Weather Service issued a surprisingly early-in-the-year fire alert for the area from Shasta Dam to just north of Los Banos, touching on the eastern fringes of the Bay Area.

By Sunday afternoon, an eerie reminder of the potential danger could be found inside Big Basin Redwoods State Park, where crews battled a small blaze. Big Basin remains closed after 97% of California’s oldest state park was charred last August during the CZU Lightning Complex fire.

The state’s persistent drought, combined with low humidity and strong northeasterly winds Sunday, signaled an early start to the fire season even without the triple-digit temperatures of late summer.

Experts said Sunday that a confluence of weather phenomena have created a looming hazard the year after a record 4.1 million acres in California were scorched in 2020.

The lack of precipitation has accelerated curing, the annual drying process of brush, trees and grasses. This condition leads to a low fuel-moisture content, which is a measure of the amount of water in vegetation available to a fire.

Once vegetation is cured, atmospheric humidity affects their moisture content instead of soil moisture, Clements said, adding he predicts the levels will be lower than they were last year.

“In a better scenario, we wouldn’t be dealing with this until the traditional fire season in the fall,” NWS meteorologist Gerry Diaz said.

The last time the National Weather Service issued a red flag warning as early as May for Northern California’s interior was in 2014.

In many ways, the fire season is year-round now: Firefighters have responded to more than 1,300 blazes since Jan. 1, CalFire officials said. On Saturday, wind-whipped flames of the Southern Fire began burning in eastern San Diego County; by Sunday afternoon, the blaze had consumed some 2,900 acres and led to the destruction of three structures and the evacuation of about 500 residents.

In the Bay Area on Sunday, crews also battled small fires in Pittsburg and Solano County. Cal Fire crews responded to a blaze that burned about three-quarters of an acre on Hihn Hammond Truck Trail in the Santa Cruz Mountains, officials reported.

“With a normal rain year a lot of this would be extinguished,” Spohrer said April 22. “But we just didn’t have that this year.”