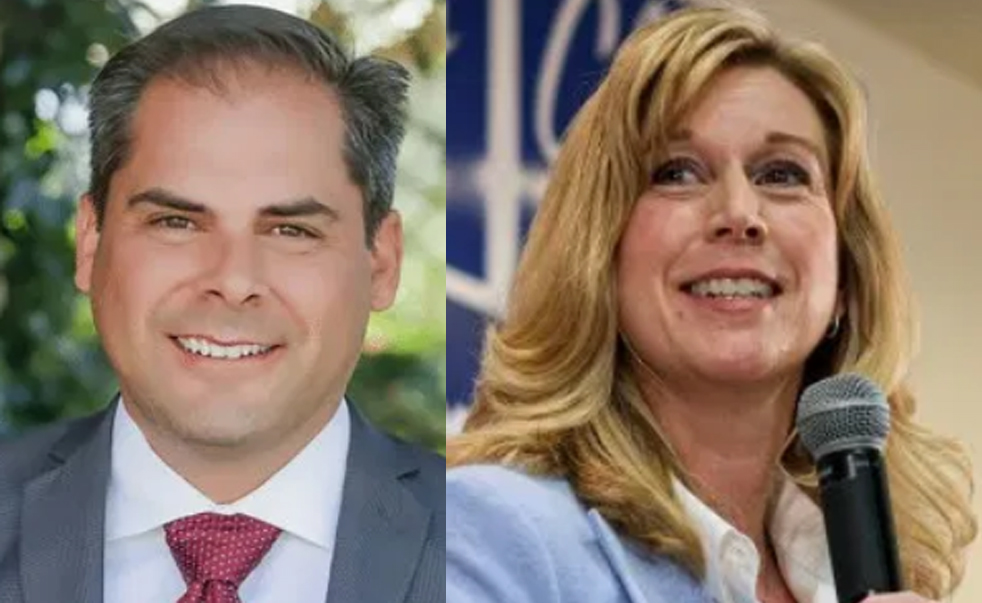 Rep. Mike Garcia, R-Saugus, has declared victory in the roller-coaster race against Christy Smith in the race for the 25th Congressional District — a declaration that brought a strong rebuke from Smith that it was “dangerous to the democratic process” with votes still being counted.

“After a long, tough fight, I am proud to earn the privilege of serving CA-25 for another two years,” said Garcia late Friday in a statement. “With only a few remaining ballots to be counted, victory is clear.”

Garcia widened his lead as the race for the northern Los Angeles  seat wound down to its final days, according to updated results posted Friday, Nov. 20, by the California Secretary of State’s Office.

My statement on election results: pic.twitter.com/qehimJtler

Smith, a Democrat, trailed the incumbent by 446 votes as of Friday afternoon. Garcia extended his lead as the counting of ballots continues by the Los Angeles Registrar-Recorder’s office. His margin was 422 votes and Tuesday and 159 votes last Friday.

Her Twitter feed offered a hint of her mindset with a 6:12 p.m. tweet that said only: “Patience is a virtue.”

Patience is a virtue.

Not long after, it was clear Smith had no intention of going along with Garcia’s conclusion.

“Mike Garcia’s declaration of victory is dangerous to our democratic process,” she said in a statement. “With a mere 400-vote margin and thousands of ballots outstanding, election officials are diligently working to process ballots and accurately count all outstanding votes to ensure our communities are heard, and this race remains too close to call.”

Garcia had thanked Smith, and tipped his hat to her for a “excellent and aggressive campaign,” which he said she ran with grace. He also thanked his supporters and pledged to work hard for all in the district.

Vote by mail ballots were scheduled to be accepted through Friday, as long as they were postmarked Election Day.

The next election update in the race will come on Tuesday. Additional updates are scheduled for next Friday, Nov. 27, and Monday, Nov. 30, if the vote count is not complete. The county will certify the election by Nov. 30. Results statewide should be certified by the California Secretary of State by Dec. 3.

The 25th District spans two counties — L.A., where Smith was leading, and Ventura, where Garcia was on top.

Challenger Smith has served as the 38th Assembly District’s representative for the past two years.

Garcia defeated Smith in a May 12 special election to fill the final 7 1/2 months of the term of former Rep. Katie Hill, who resigned following the online release of salacious photos and allegations of an extramarital affair with a staff member.

The seat had long been held by Republicans until Hill’s 2018 victory over then-Rep. Steve Knight, …read more