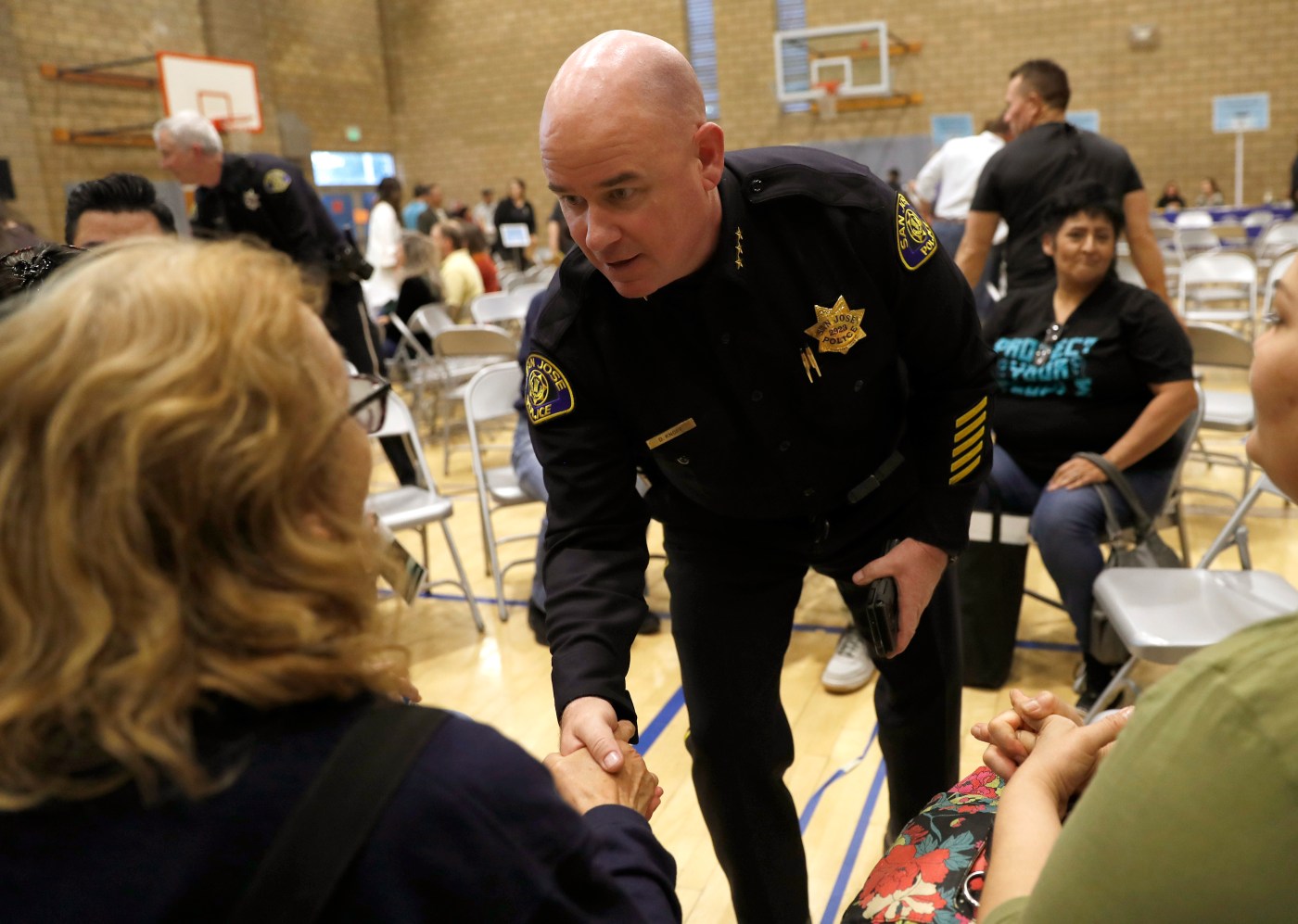 Dave Knopf, a former assistant chief then acting chief of the San Jose Police Department, is coming out of retirement to run for Santa Clara County sheriff, adding to a list of potential challengers to six-term incumbent Laurie Smit.

Knopf, 53, a lifelong Morgan Hill resident, joins retired sheriff’s captain Kevin Jensen and current sheriff’s Sgt. Christine Nagaye on the June primary ballot and stands as the highest-profile external candidate to try to replace Smith, who was elected as the state’s first woman sheriff in 1998.

Smith has not publicly announced her intent to run for a seventh term, and she has not filed the necessary paperwork with the county and state to run for re-election; she has until mid-March to submit them. Last fall she was the subject of a unanimous no-confidence vote by the Board of Supervisors centered on her jail management, and she faces formal corruption accusations from the county’s Civil Grand Jury over her heavily scrutinized issuing of concealed gun permits. If those accusations are affirmed at trial, she could be expelled from office.

Combine that with political challengers in Jensen, who ran against her in 2014, and Knopf, who can cite the experience of running the county’s only law-enforcement agency comparable in size to the sheriff’s office, Smith is in the most politically vulnerable position of her 24-year run as sheriff.

Knopf says that his five-year term as the No. 2 in SJPD was highlighted by restoring staffing numbers and rank-and-file morale alongside then-Chief Eddie Garcia — who is now police chief in Dallas — and that he aims to apply that experience to the sheriff’s office.

“We turned that ship around when it was a sinking ship,” he said. “The reality is that there is a lack of leadership in the sheriff’s office that needs to be addressed. We need to plug the holes before they get worse. There needs to be a new fresh set of eyes to come in and look at the issues occurring.”

The focus of the current wave of scrutiny on the sheriff’s office revolves around its operation of the county jails, and a series of Board of Supervisors actions disclosed in new levels of detail a string of jail-abuse and neglect cases that have led to multi-million dollar settlements and significant legal claims on behalf of people severely injured in jail custody.

Knopf acknowledges that his familiarity with running a jail operation is modest at best. One of his goals is to support more external and independent reviews of jail procedures and practices.

“I understand there’s not a lot of time to waste. People are sick and tired of waiting for something to happen,” he said. “This didn’t happen overnight and we’re not going to solve it overnight, but we can do the best we can in the shortest amount of time.”