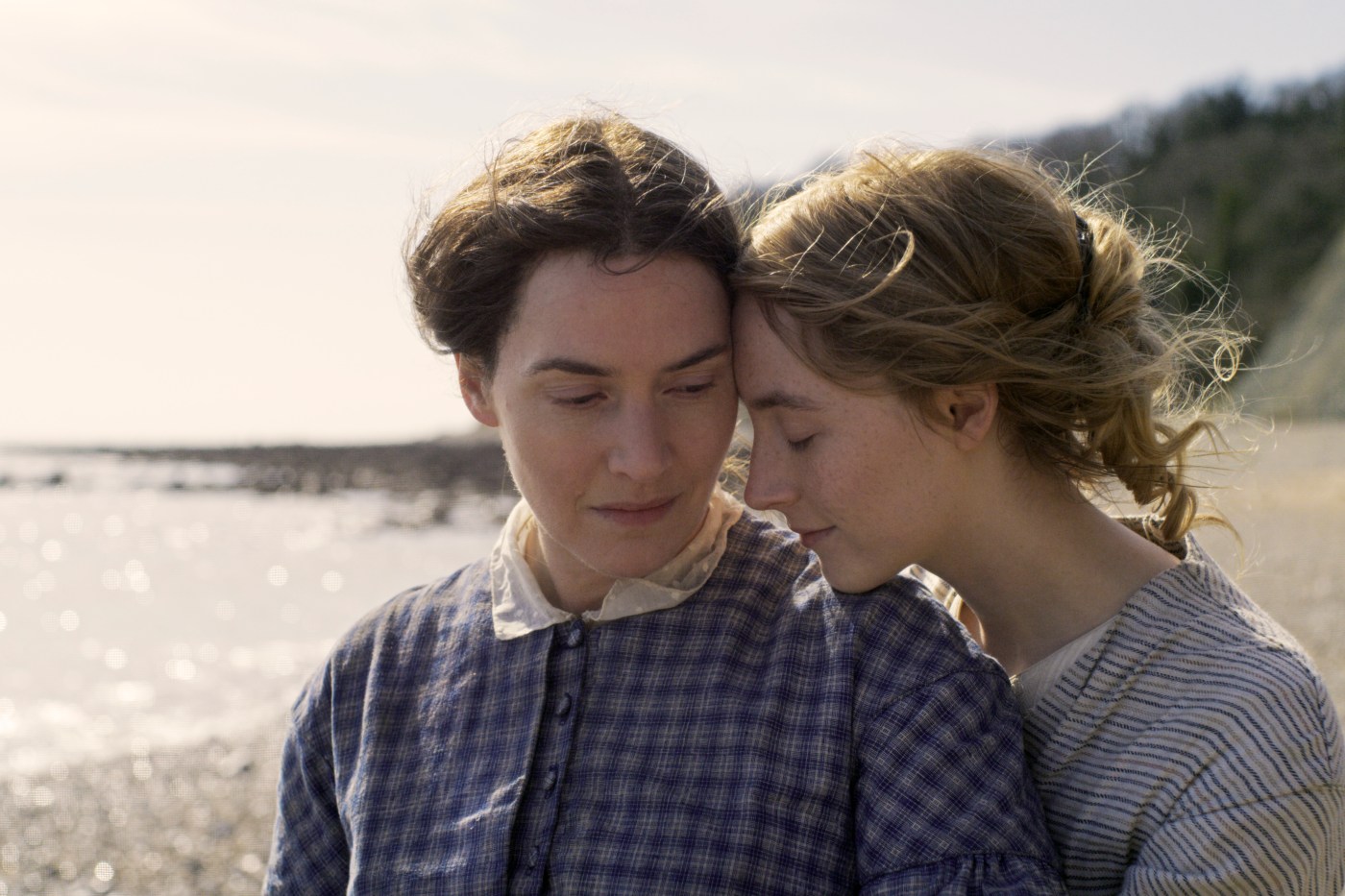 The new film “Ammonite” unearths the stories of two women buried by history: paleontologist Mary Anning, who in the 19th century made significant prehistoric fossil discoveries along the coast in Southwest England, and geologist Charlotte Murchison, who worked in the area briefly alongside her geologist husband.

But instead of illuminating what we know about Mary and Charlotte and their work, in “Ammonite,” writer-director Francis Lee (“God’s Own Country”) takes a footnote from their lives— that they worked together a bit and became friends — and turns it into a passionate affair. While that’s an inspired idea for a piece of historical fiction, “Ammonite” is a mixed bag: exquisitely beautiful, with committed and lived-in performances and bursts of intense eroticism, but also a dreary and oddly empty experience.

Kate Winslet, stripped down and serious, plays Anning, who lives with her mother (Gemma Jones) and is struggling to get by. Life (if you can call it that) in the coastal area of Lyme Regis is harsh, and you can see the toll it’s taken in her eyes and hardened face. Although she’s notable in her field, she doesn’t get to socialize with the men in the Geological Society of London. Instead, she toils in silence in her hometown, searching for fossils in the cliffs and shilling her findings to curious tourists for meager sums.

Then geologist Roderick Murchison (James McArdle) stops by her shop and asks her to take him out so he can see the world the way she sees it. It’s admiration cloaked in unconscious condescension: He assumes Mary can and will hand over her lifetime of work and expertise in an afternoon on the beach. Behind him is his wife, Charlotte (Saoirse Ronan), cloaked in black and a figurative shadow of a person. Mary barely takes notice of her.

Ask Amy: We need to get our dad out of her clutches

The real Charlotte was a fellow woman of science a decade older than Mary. But in Lee’s version, she’s the young and fragile wife of a busy man. She has suffered a loss and is fading away into her own depression.

Roderick says he wants his “bright, funny, clever wife back,” but he also treats her as a delicately wilting flower. You wonder if part of her mental state is due to the fact that he’s the type of husband who orders a decadent meal for himself and then puts in for plain white fish, no sauce, for his wife.

He decides she shouldn’t accompany him further on his travels, and pays Mary to take Charlotte out with her instead. Mary is insulted but grudgingly accepts. She needs the money. With their differences in age, social status and interests, Mary and Charlotte are an unlikely pair. But after a fever and convalescence, they have an intense affair that awakens both, briefly.

It’s tempting to compare “Ammonite” to “Portrait of a Lady on Fire,” another period piece about a lesbian relationship near the cliffs and sea. But “Portrait” was a sweeping, intoxicating release, and it’d be wrong to call “Ammonite” a love story …read more