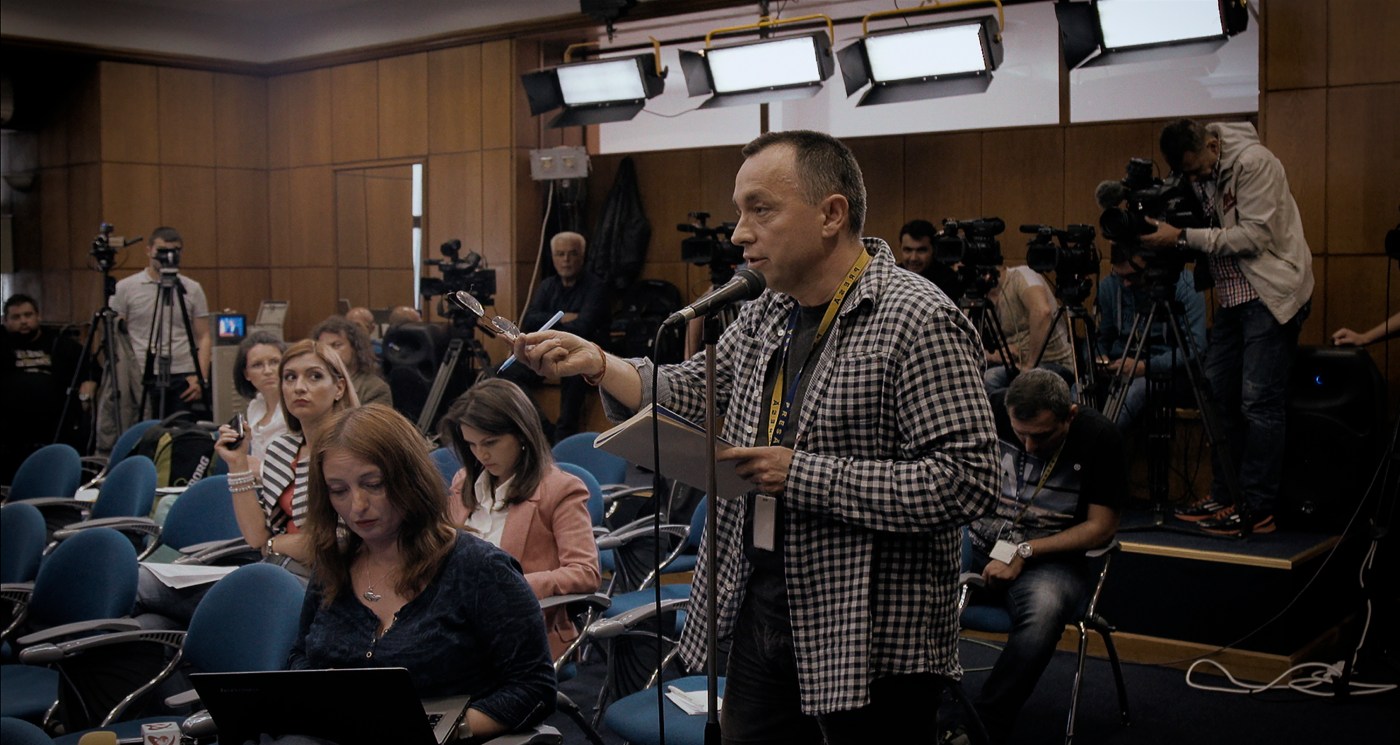 A politicized healthcare crisis, horrifyingly unnecessary death, a crucial election. “Collective,” a piercing documentary about corruption in Romania, may not directly concern current events but it feels urgent and vital just the same.

In 2015, a fire swept through a Bucharest nightclub without emergency exits. Footage early in “Collective” (in theaters and on-demand Friday) captures the frighteningly fast flames engulfing the crowded club just after, fittingly, a punk band scream a song about endemic corruption in the Eastern European country. The fire left 27 dead and 180 injured. But the real scandal came after; another 37 people died of burn wounds that shouldn’t have been life threatening.

It’s in that aftermath that Romanian director Alexander Nanau began trailing the journalists of Gazeta Sporturilor, a sports tabloid that under editor Cătălin Tolontan consistently advanced the story with dogged reporting. They uncovered the heinous reason for the out-of-control bacteria in Romanian hospitals: a firm called Hexi Pharma, along with a mafia network of politically appointed hospital managers, were diluting disinfectant. Seldom will you find an uglier or more apt metaphor for corruption than — in one of the Sporturilor’s breaks — the image of maggots crawling in uncleaned wound.

So, no, “Collective” is not a walk in the park. But it’s admirably awake to the cause-and-effect tragedies that can follow seemingly slight or obscure governmental decisions. As a journalism drama, it’s as absorbing as “Spotlight” and more sober than “All the President’s Men.” Filmed in a observation style, there are meetings with whistleblowers, photo stake-outs and deep data dives —the nuts and bolts of reporting. But scoops yield no high-fiving celebrations, just mournful disbelief at the wanton cruelty and ineptitude they uncover. “The story is so mind blowing I’m afraid people will think we’re crazy,” one reporter says.

“Collective” take a turn midway, shifting its focus to a newly installed health minister, Vlad Voiculescu who takes over following the resignation of his under-pressure predecessor. A former patients’ rights activist, Voiculescu is strikingly more candid, and gives Nanau remarkable access to his meetings. He seeks immediate reforms to the hospital system but is continually met by bureaucratic red tape and, eventually, a pseudo scandal propagated by a conservative news network. Still, he ever more bluntly beats back against the rot. After six months, his work hangs in the balance in a national election that will see the populist party easily defeat foes of corruption and turn Voiculescu out of a job. “Collective,” a document of a modern corruption that can fester and thrive anywhere, ends with a mortifying shudder and tears at a gravesite.