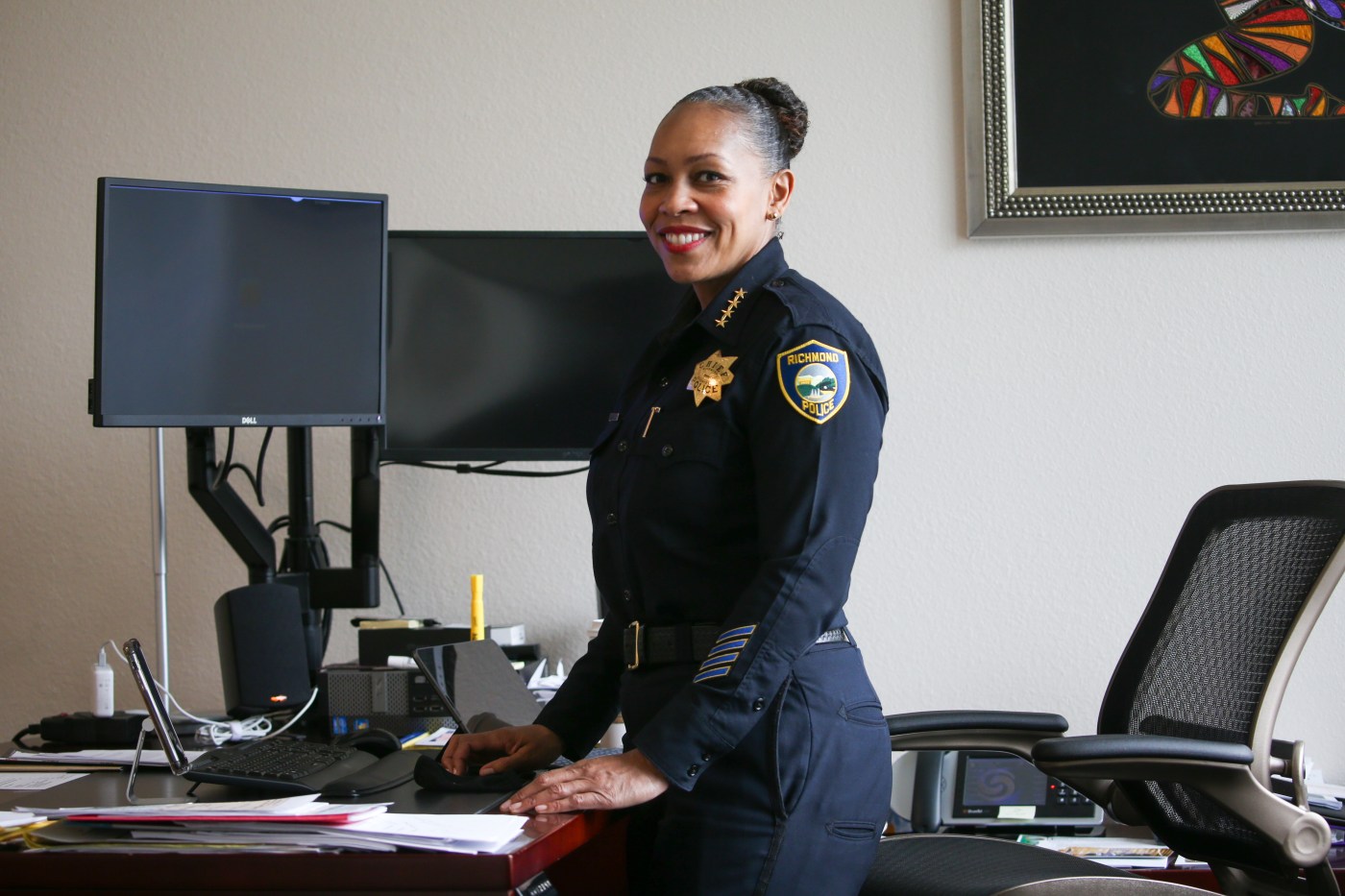 In a case that has ensnared three police departments across the Bay Area, the Richmond police chief is on leave after she and her husband, an Oakland police sergeant, were accused of abuse by a family member who they claim is being manipulated by her pimp.

Richmond police Chief Bisa French has taken leave following several incidents involving the close family member, an 18-year-old woman, who has accused French and police Sgt. Lee French of attacking her and threatening to kill her and the man she insists is her partner. The partner, 34-year-old Napa resident Joe Goldman, was charged Wednesday with pimping the French’s family member. Lee French is also on personal leave from OPD.

Meanwhile, police in Vallejo are investigating an incident involving French and her husband at Goldman’s mother’s home there. And Oakland’s internal affairs department has launched an investigation into Chief LeRonne Armstrong’s communications with the Vallejo police chief about that incident.

Court records and interviews with authorities give differing accounts of the incidents involving the Frenchs, their family member, and Goldman. In a restraining order request, the family member claims that during an altercation at their home on Sep. 21, Bisa and Lee French used “police holds” to pin the family member down during an argument, and made repeated death threats against her and Goldman.

“I am worried (Bisa and Lee French) will go through with the killings,” the family member wrote in her restraining order request. She added that the Frenchs both repeatedly threatened to kill Goldman and members of his family, and that she felt she “would not leave their house alive” if she didn’t comply with their demands to leave Goldman. The family member wrote she left the encounter with a “swollen and bleeding” right hand and “minor scratches.”

Meanwhile, an attorney for Bisa French said the couple “wanted nothing other than to get (their family member) back and get her away from this despicable human being and have made lawful efforts to achieve that.”

A Contra Costa Superior Court judge has temporarily denied the restraining order pending the outcome of an Oct. 25 hearing, writing in court records that the allegations, “while serious, appear to involve complex issues that require a hearing.”

The restraining order requests were filed Oct. 7. That same day, the Oakland police department secured an arrest warrant against Goldman, who was arrested four days later by U.S. Marshals in Richmond, with assistance from the Richmond police department. On Wednesday, Alameda County prosecutors charged Goldman with pimping and pandering the French family member.

The criminal complaint alleges those crimes happened in June. It is unclear why authorities waited nearly four months to bring up criminal charges and issue the arrest warrant. Goldman, who also goes by by Oho McNair, has a prior human trafficking conviction, the complaint says.

According to the probable cause declaration against Goldman, Bisa and Lee French arranged for an Oakland police officer and an FBI agent to speak with their family member. The Oakland officer took the young woman to a friend’s house, and …read more