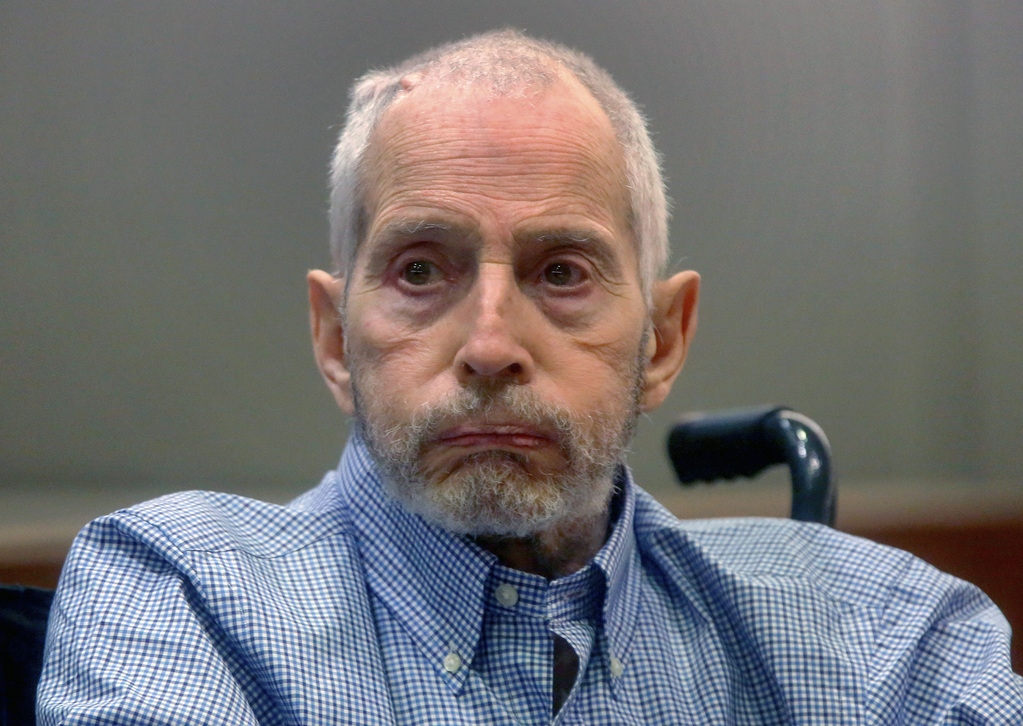 A California judge on Thursday imposed a life prison sentence on multimillionaire real estate heir Robert Durst, who was convicted last month of murdering his best friend Susan Berman in 2000.

Durst, 78 and in poor health, had spent much of the past four decades evading the law, ever since his wife Kathleen McCormack went missing in New York in 1982.

Los Angeles County prosecutors alleged he killed Berman because she helped provide a false alibi for Durst in 1982 and he feared she would reveal that to authorities.

A Los Angeles County jury found him guilty of shooting Berman, 55, in the back of the head in her Beverly Hills home. The jury also found him guilty of the special circumstances of lying in wait and killing a witness, which carry a mandatory life sentence without the possibility of parole.

Superior Court Judge Mark Windham, who presided over the trial, pronounced the sentence from the bench.

The trial came six years after Durst’s apparent confession was aired in the HBO television documentary series “The Jinx,” in which Durst, who was still wearing a live microphone after an interview, went into a bathroom and said to himself, “What the hell did I do? … Killed them all, of course.”

Lead prosecutor John Lewin, who had pursued Durst for years, credited “The Jinx” filmmakers Andrew Jarecki and Marc Smerling for their revealing interviews, which helped make a case against Durst.

Durst was only on trial for killing Berman in California, but prosecutors argued he murdered three people: his missing wife, Berman and a neighbor in Texas who discovered his identity when Durst was hiding from the law.

Despite long being a suspect in the disappearance of his wife, a 29-year-old medical student, Durst was never charged.

The McCormack family has urged prosecutors in Westchester County, New York, to prosecute Durst for her murder.

Westchester County District Attorney Mimi Rocah reopened the case in May, shortly after taking office. Her office declined to comment on Thursday.

Durst, a cancer survivor who uses a wheelchair, testified over 15 days during the trial, nine of them under cross-examination. He claimed he discovered Berman’s body when he went to visit her but did not call police.

Moraga caretaker gets 33-month prison term for defrauding couple with early dementia of $363,322

The prosecution also delved into the 2001 death and dismemberment of Morris Black, who was Durst’s neighbor …read more