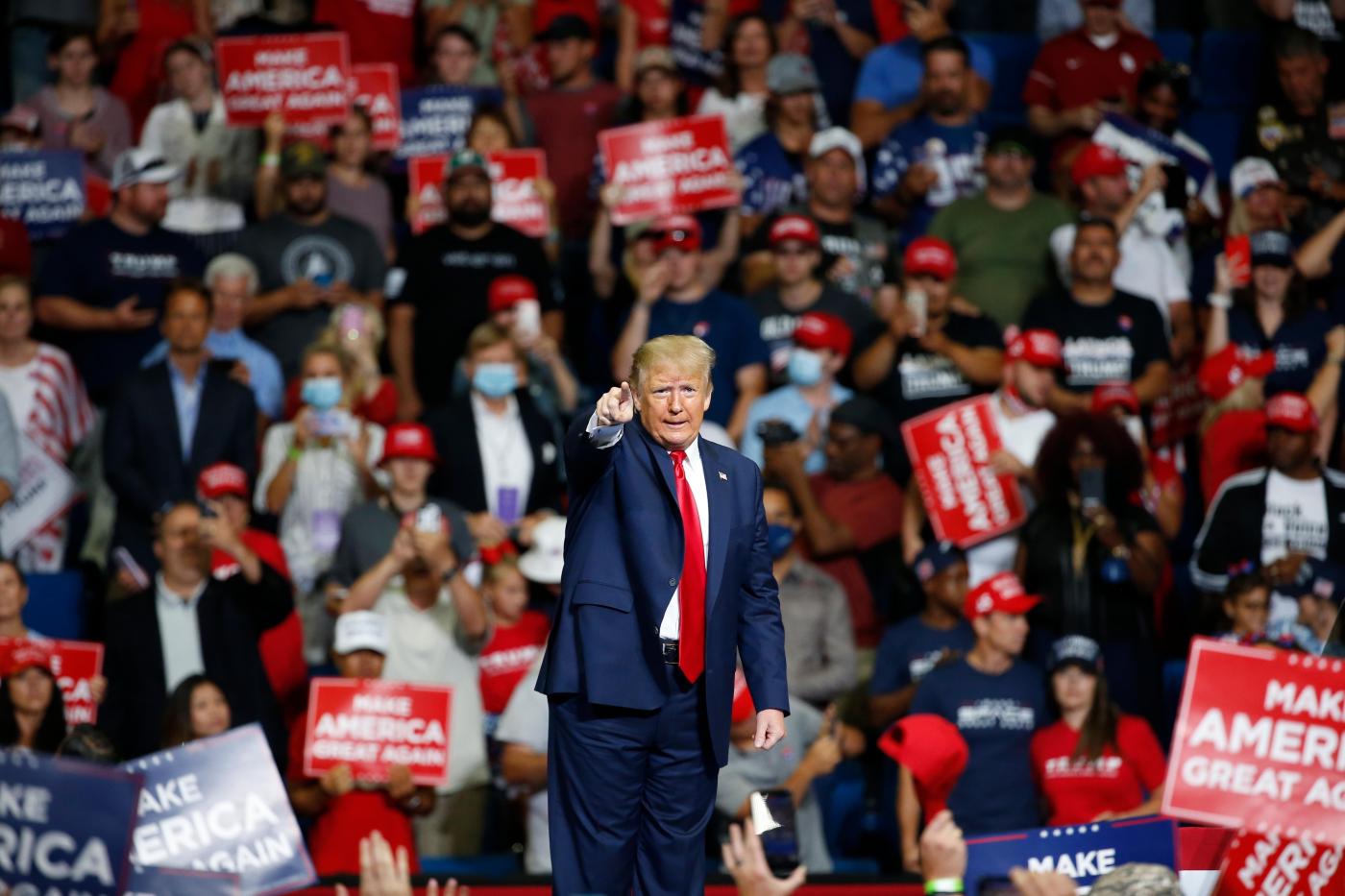 LONDON — The Rolling Stones are threatening President Donald Trump with legal action for using their songs at his rallies despite cease-and-desist directives.

The Stones said in a statement Sunday that their legal team is working with music rights organization BMI to stop the use of their material in Trump’s re-election campaign.

“The BMI have notified the Trump campaign on behalf of the Stones that the unauthorized use of their songs will constitute a breach of its licensing agreement,” the Stones said. “If Donald Trump disregards the exclusion and persists, then he would face a lawsuit for breaking the embargo and playing music that has not been licensed.”

The Stones had complained during Trump’s 2016 campaign about the use of their music to fire up his conservative base at rallies.

The Rolling Stones’ 1969 classic “You Can’t Always Get What You Want” was a popular song for his events. It was played again at the close of Trump’s recent rally in Tulsa, Oklahoma — an indoor event criticized for its potential to spread the coronavirus.

BMI has informed the Trump campaign that if it plays Stones music again at an event, it will be in breach of its licensing agreement, the statement said.

Other artists have also complained about having their music associated with Trump’s events.

The family of the late rock musician Tom Petty said that it had issued a cease-and-desist order after Trump used the song “I Won’t Back Down” in Tulsa.

“Trump was in no way authorized to use this song to further a campaign that leaves too many Americans and common sense behind,” the statement said. “Both the late Tom Petty and his family firmly stand against racism and discrimination of any kind. Tom Petty would never want a song of his to be used in a campaign of hate. He liked to bring people together.”

Trump denies briefing on reported bounties against US troops

Letter: Anti-Trump letter was a form of propaganda

Letter: Is Tulsa rally prank a form of ‘election’ tampering?

Grammy Award-winning musician Neil Young lashed out at Trump in 2018 after hearing one of his songs played against his wishes during Trump’s pre-midterm campaign rallies. …read more