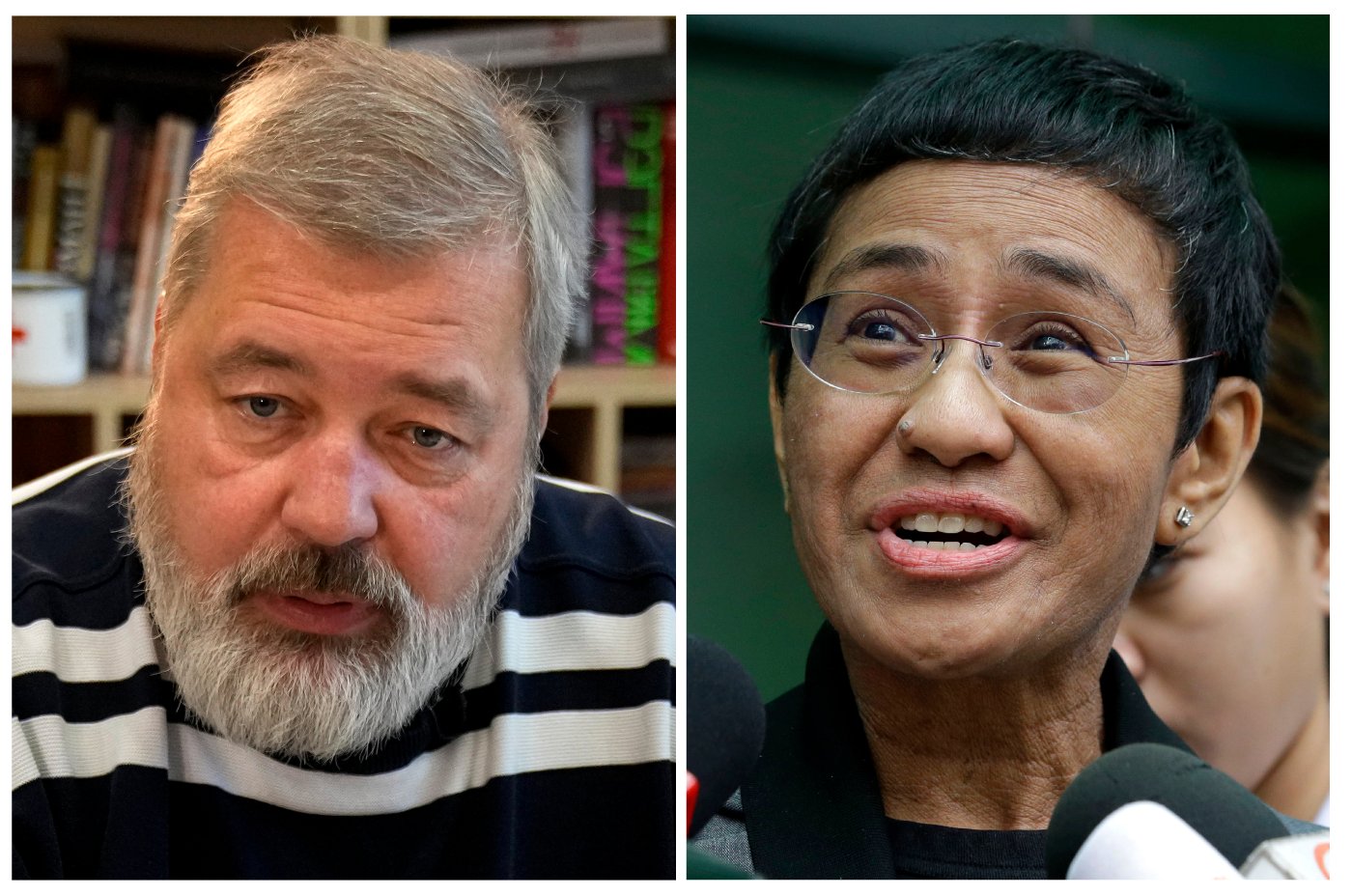 The symbolism of the 2021 Nobel Peace Prize goes far beyond its tribute to Maria Ressa and Dimitry Muratov, independent journalists fighting for freedom of expression in the Philippines and Russia.

“They are representatives of all journalists who stand up for this ideal in a world in which democracy and freedom of the press face increasingly adverse conditions,” said the Nobel Prize committee’s announcement.

Harassment, arrests and even murders of journalists investigating the powerful are increasing globally, and spreading from autocracies to flawed democracies. Reporters Without Borders lists 50 journalists killed in 2020. The threats to the fact-based press worldwide also include the spreading sewerage of social media that drowns truth with lies.

The choice of these particular journalists spotlights these points.

Muratov, editor of the independent newspaper Novaya Gazeta, six of whose journalists have been killed while trying to investigate the powerful.

The award came exactly one day after the 15th anniversary of the murder of Anna Politkovskaya, the most internationally famous of the six, who was a fierce critic of the Kremlin’s wars in Chechnya and of Vladimir Putin. She was gunned down in a contract-style killing in the entrance hall of her apartment block in central Moscow — on Putin’s 54th birthday — which many Putin critics saw as a regime insider’s gift to the boss.

The killing has never been resolved, nor has an earlier, unsuccessful attempt to kill Politkovskaya by poison. The statute of limitations to charge those responsible for her death expired the day before the announcement of the Nobel Prize.

COVID: Vaccines could be available for younger children by these dates

Some Kremlin critics have decried the choice to give the award to Muratov, believing it should have gone instead to Alexei Navalny, the opposition leader who barely survived a Kremlin poison attempt and is now jailed on specious charges. Indeed, an award to Navalny would have been a spectacular boost to the decimated opposition movement in Russia, where Navalny, along with almost all independent candidates for the legislature, have been banned, jailed or forced into exile.

I wish Navalny had won. However, I see the award to Muratov as a not-so-subtle Nobel Committee message to democracies that he is a harbinger of their media future if they don’t get their acts together. Most Americans have yet to take that message to heart.

Just over a week before the Nobel award, the killer of five journalists at the Annapolis Capitol Gazette in 2018 was sentenced to multiple life terms. Although the man had grievances against the newspaper he had also tweeted: “Referring to @realDonaldTrump as ‘unqualified’ @capgaznews could end badly (again).”

The murderous instincts of Trump followers cannot be taken lightly after the events of Jan. 6, as he intends to run again. Not only has he made “fake news” his mantra (as he spreads the Big Lie); not only does he label fact-based news “the enemy of the people” — but he has a record of encouraging violence against his critics. Who can forget how, when asked at by talk show host Joe Scarborough about Putin’s killing of journalists, Trump replied, “I think …read more