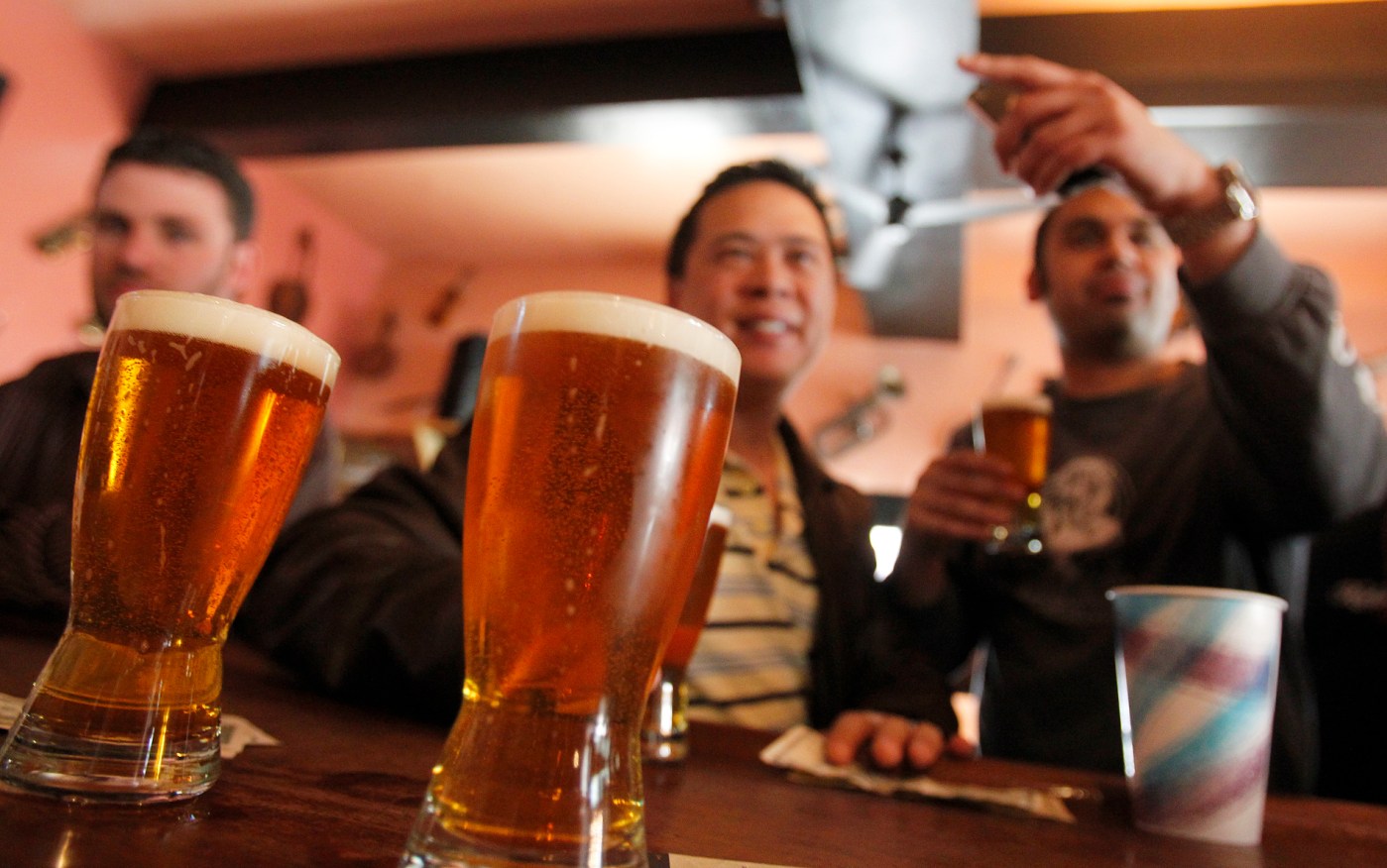 Russian River Brewing’s event of the year — the release of Pliny the Younger — has been postponed.

Not surprisingly, the COVID-19 Omicron variant is the reason.

“Not only is Sonoma County experiencing a record-shattering spike in COVID cases and increased hospitalizations, but we are in the midst of our own internal surge,” the brewers announced, with 20 employees since before Christmas either testing positive or quarantining because of exposure. Both the Santa Rosa and Windsor brewpubs had to close for a week in early January because of short staffing, and hours have been reduced on other days.

“This is unprecedented,” the website said. “We, as a company, have never had this many employees out at one time for any reason, including wildfire evacuations.”

But there’s good news ahead for the Pliny fan club.

First, the release isn’t being canceled, just delayed. Right now they are looking at the dates of March 25 to April 7 at both brewpubs. (Silver lining: Better weather for standing in line at that time of year.)

Second, since there was no in-person gathering in 2021, brewers have kept the same recipe for the triple IPA, including the addition of Elixir, which they call the “Strawberry Hop.”

And finally, all the beer they brewed in January will be distributed to their wholesale accounts, so if you have been enjoying Pliny on draft at a California taproom or bar, you may get to drink the new batch starting Feb. 7.

Biden: COVID outlook ‘clearly better than a year ago’