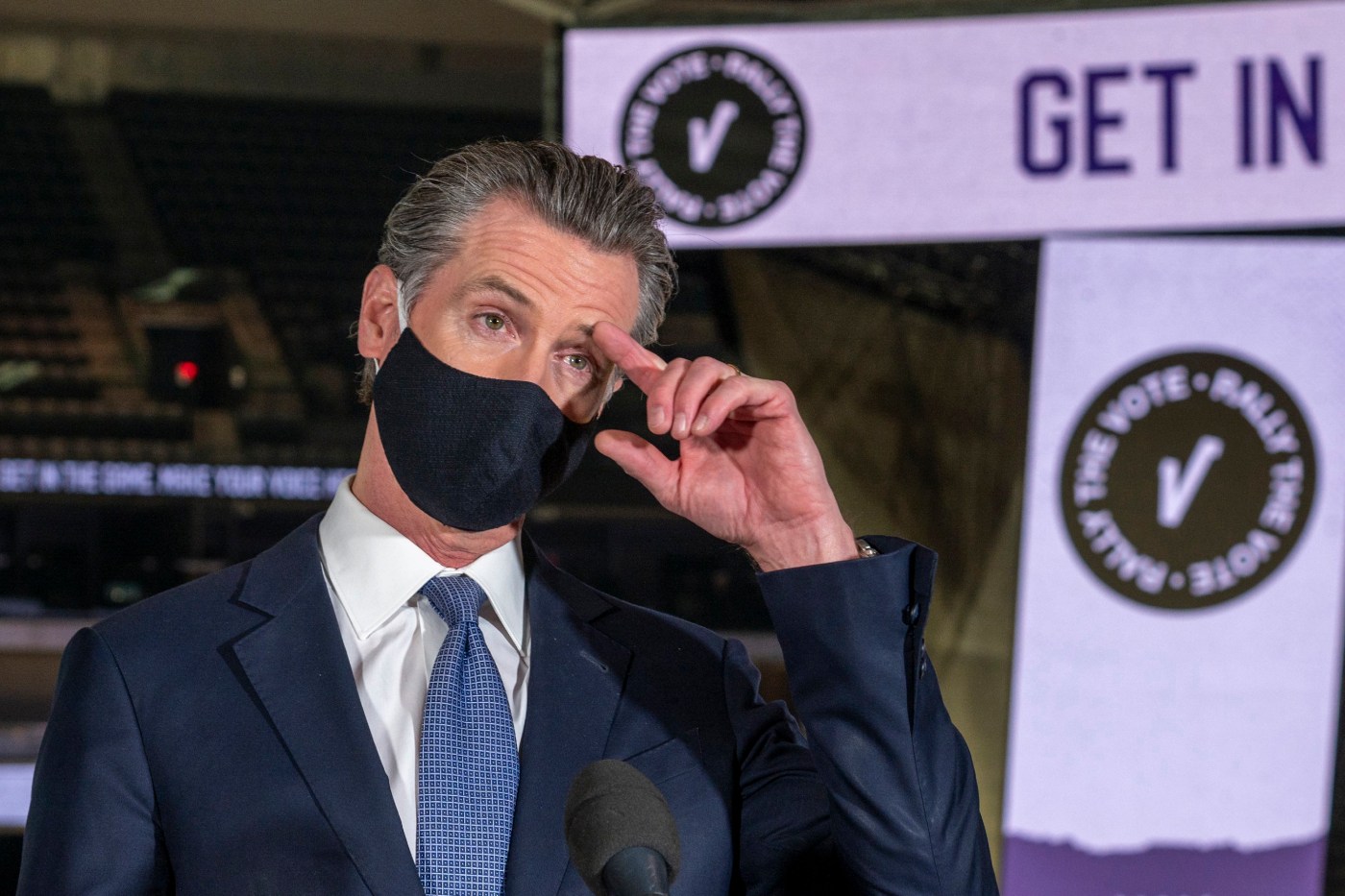 While the legal basis for the lawsuit isn’t yet clear, supervisors directed attorneys to find a cause of action and bring the proposed lawsuit to supervisors for final approval before filing it. They also directed county employees to reach out to cities and other counties to find partners for the legal action.

The governor’s “one-size-fits all” approach is not science-based, and the sprawling county should have less-strict regulations in areas with lower case rates, said Supervisor Janice Rutherford during Tuesday’s meeting.

As of Tuesday, 14 of the more than 70 communities in the county would qualify for a looser tier of the governor’s reopening plan — mostly small areas in the desert and some in the mountains — if those communities were evaluated independently, instead of being grouped with the county overall, according to the county’s analysis.

That includes areas where restrictions such as outdoor-only dining are highly damaging to businesses and residents, Rutherford said.

“The temperatures are dropping, there is snow on the ground in some places, yet according to the governor’s orders, people are expected to eat outside. It’s ridiculous,” she said, adding that personal responsibility is what would eventually get the virus under control.

“That’s the frustration that we’re looking to our legal team and say, ‘Is there a way we can put some power behind those views and go to court and have those conversations?,’” Rutherford said.

Horoscopes Nov. 30, 2020: Kaley Cuoco, believe in yourself, not someone else

The attorney who advises the Board of Supervisors — County Counsel Michelle Blakemore — warned that a court’s decision would probably take months or longer and appeared unlikely to favor the county.

“The chances at ultimately succeeding, right now, based on what we’re seeing, I would say, not good,” Blakemore said during Tuesday’s meeting.

Blakemore also noted that the county could lose funding — not just for coronavirus relief but for other programs, from homeless services to the Sheriff’s Department — if it didn’t comply with the orders.

Board Chairman Curt Hagman said the plan was to continue following the law while fighting it in court.

7 top Bay Area things to do this weekend

10 ways to avoid coronavirus during your holiday road trip

During Tuesday’s meeting, county Chief Executive Officer Leonard Hernandez said the county had been lobbying to let some areas reopen if they had fewer cases — the process used to give many schools …read more