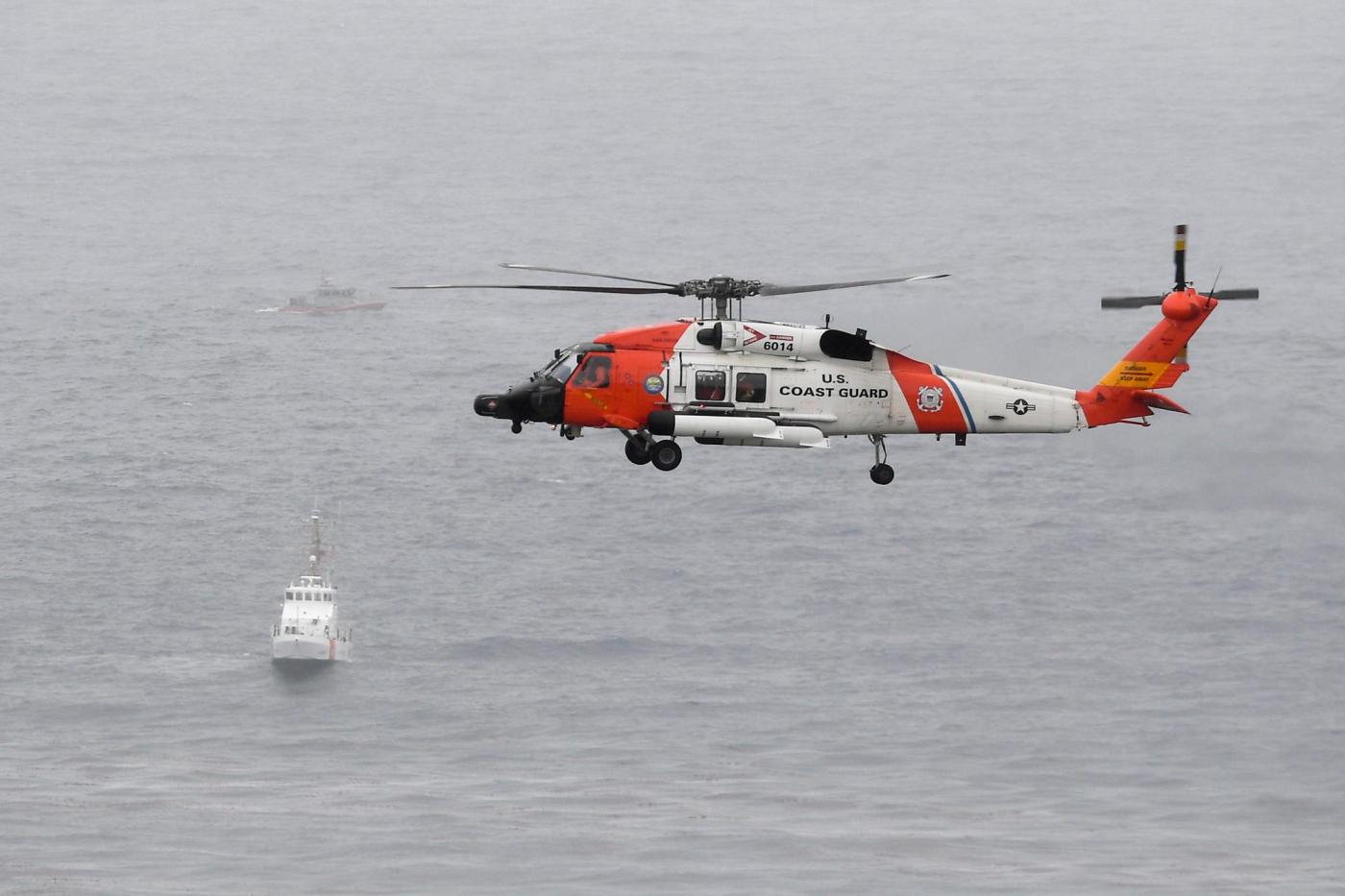 SAN DIEGO (AP) — A tractor-trailer slams into an SUV at an intersection on a remote California desert highway, killing 13 of 25 people crammed inside the late model Ford Expedition.

A man dangles a toddler over a border wall near Santa Teresa, New Mexico, allowing her to fall on her face before he disappears into Mexico.

A 40-foot (12.2-meter) cabin cruiser overloaded with 32 people capsizes just off the San Diego coast, killing three and critically injuring another person. The others aboard survived without major injuries.

The incidents, which occurred over the last two months, show how smugglers put migrants at extraordinary peril for profits, whether by car, on foot or at sea.

The Coast Guard on Monday ended its search for survivors of the San Diego boat wreck, which happened on a bright Sunday morning near tidepools of Cabrillo National Monument, a popular spot for tourists and hikers.

The vessel had the hallmarks of a smuggling attempt from Mexico gone awry, though authorities stopped short of confirming it. The boat captain was in custody but Kelly Thornton, a spokeswoman for the U.S. attorney’s office in San Diego, declined to comment, saying prosecutors were “carefully reviewing the matter.”

The Mexican consulate in San Diego said it was awaiting word if any passengers were Mexican citizens.

The SUV crash occurred in March and authorities said it was one of two vehicles crammed with occupants that entered the U.S. through an opening cut into the border wall. All were being smuggled. Those inside the other SUV were not involved in the accident and were picked up by the Border Patrol.

The toddler in the New Mexico incident was believed dropped into the country by a smuggler and survived the fall.

Smuggling off the California coast has ebbed and flowed over the years but has long been a risky alternative for migrants to avoid heavily guarded land borders. Small boats with single- or twin-engines known as “pangas” enter from Mexico in the dead of night, sometimes charting hundreds of miles north. Recreational boats, like the one that capsized Sunday, try to mix in unnoticed with fishing and pleasure vessels during the day.

The Border Patrol tallied 1,273 smuggling arrests on the California coast during the 12 months that ended Sept. 30, a 92% increase from the same period a year earlier. Since Oct. 1, it has made 909 arrests.

“The smugglers, they don’t care about the people they’re exploiting,” said Jeff Stephenson, a Border Patrol agent and spokesman. “All they care about is profit. To them, these people are just commodities. You can see that in the way they treat them — inadequate safety equipment, really poorly equipped vessels.”

Migrants sometimes get lifejackets but they tend to be old and tattered, Stephenson said.

Boats are known to launch in Mexico from Playas de Rosarito, a city that borders Tijuana and is popular with American expatriates. It’s about 20 miles (32 kilometers) south of San Diego.

There are many secluded, private beaches with gated entrances between high-rises with magnificent ocean views, some only partially built …read more