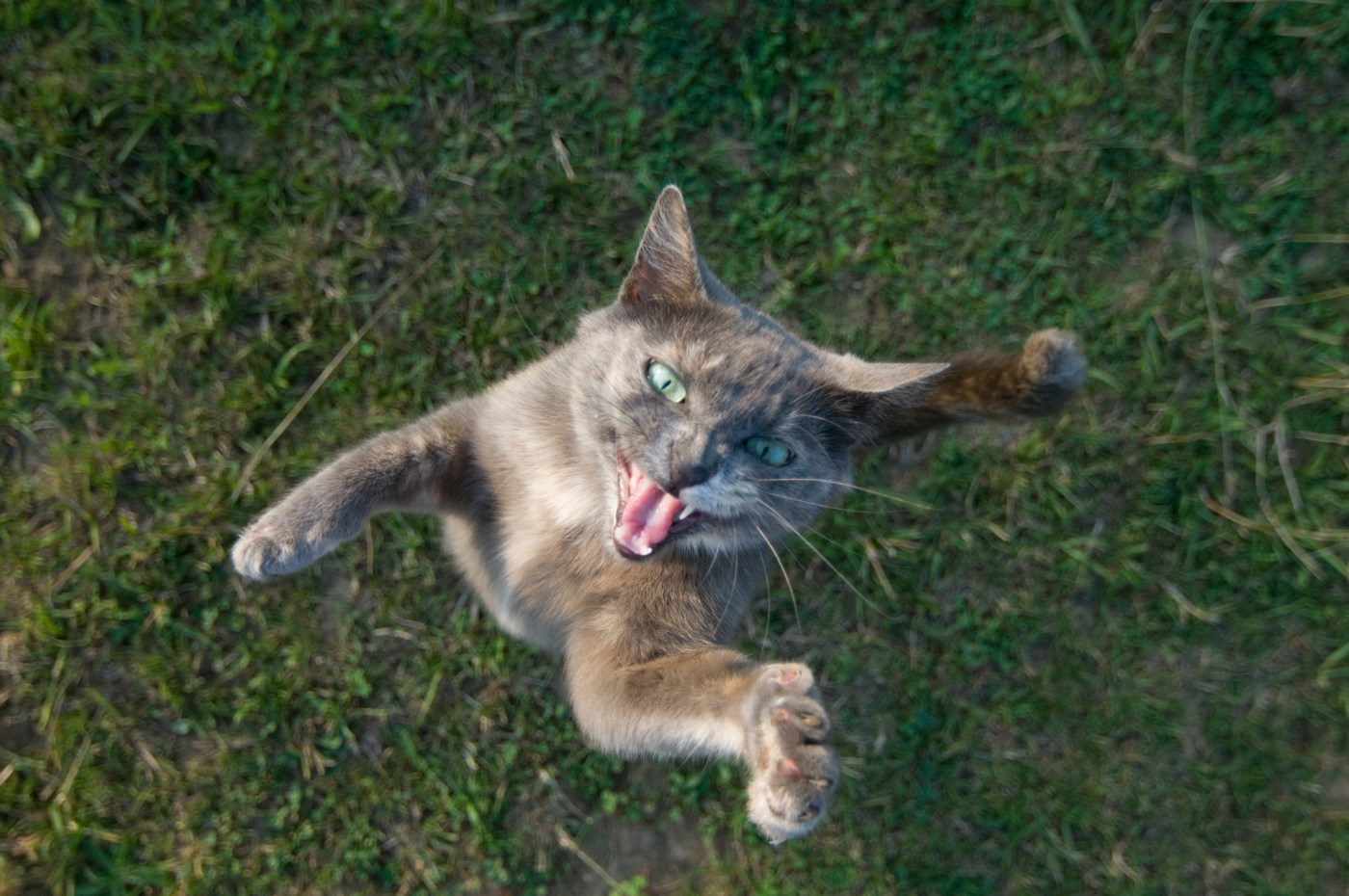 DEAR JOAN: I’m writing about my friend in San Francisco and her 5-year-old cat.

He is lovable to her. He needs a lot of attention, which she makes sure he gets. She plays with him a lot. Instead of just walking away, like most cats I know do when they’ve had enough, he starts going after her and really bites her legs.

No matter what she does, he doesn’t stop. I don’t know if he gets overwhelmed or too wound up. Any ideas how to deal with this would be welcome. She has had him checked by a veterinarian.

DEAR SONYA: It sounds like the cat has something referred to as play aggression, which is common in cats but more pronounced in some.

Cat play involves stalking and hunting behaviors, and those urges are stronger in the morning and evening, times when their ancient ancestors were out hunting food. Cats often spend a good portion of the day snoozing in comfy, cozy corners, but when the hunting instinct kicks in, they are full of energy.

Some cats are more active than others, and because you say your friend’s cat requires a lot of attention, he likely is one of those.

For more wildlife, garden and backyard topics, sign up for our new, free Flora+Fauna newsletter.

How your friend plays with her cat makes a difference. We should never involve our hands in the play activity. Cats start to accept them as toys and treat them as such. We can toss toys for the cat, but using toys suspended on rods or poles is the safest option.

As you say, most cats eventually walk away after they’ve had enough playtime, but while your friend might be tired of it, it seems the cat is not and is continuing its play by attacking her legs.

When that happens, she needs to redirect his attention to a toy that he can play with by himself, perhaps a ring that has a ball inside for him to bat around, or a mechanized mouse he could chase. There are a lot of interactive toys on the market.

She should shut him down immediately when he goes after her. That means giving him something to play with, but otherwise ignoring him. He likely thinks her reaction to being attacked is just part of the play. If distracting or ignoring him doesn’t work, she should quietly leave the room.

Yelling, scolding or putting him in a time out won’t work because he could become afraid of her, and she’s putting herself at risk by picking up an overly excited cat.

There is a chance that he’s also a bit bored the rest of the time and is making the most of playtime. She should look at enriching his environment by adding more toys he can play with by himself, and cat trees and tunnels he can explore.

In time, he’ll accept the boundaries and learn to play nicely.

Pet of the Week: Violet