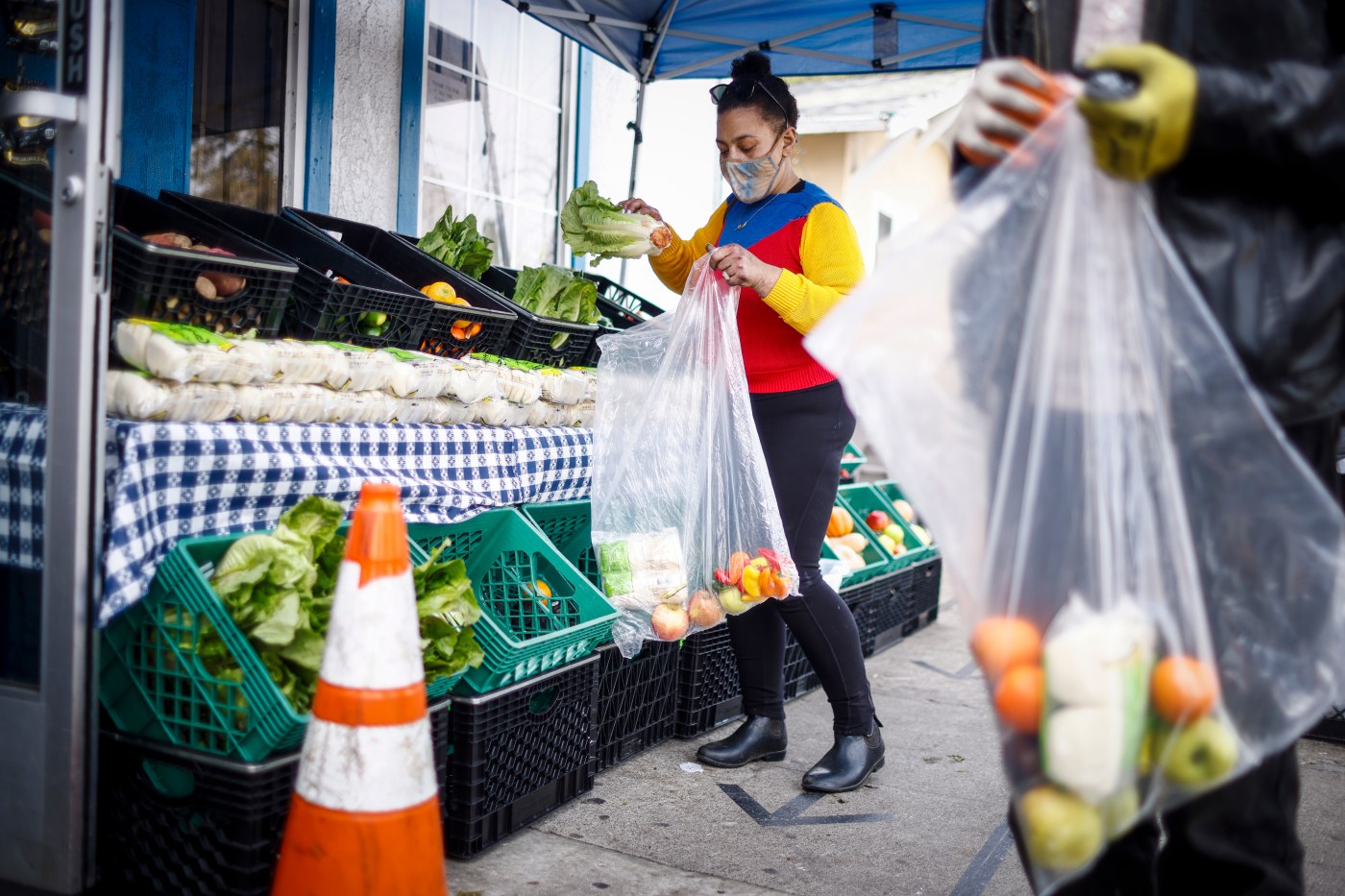 When Pastor Ralph Olmos reopened the Lighthouse food distribution center at noon Thursday with a prayer, there already was a line of people waiting on North 17th Street. For the past year, scores of people have been coming to Lighthouse for food — produce like peppers, red cabbage and green beans; staples including milk and eggs — that is given away free of charge six days a week.

But the Lighthouse was dark earlier this week after Olmos received a letter from the city of San Jose ordering him to shut down the operation because he lacked a special use permit for his pop-up canopies and outdoor tables. After NBC Bay Area broadcast his story, Olmos said the city told him the initial letter was in error and he had until Feb. 14 to get a permit or shut down. The permit, Olmos said, costs $15,500 — money that neither he, his volunteer staff nor Lighthouse Bible Church has.

“We’re really excited to be part of the community and lend a helping hand,” Olmos said Thursday afternoon, “but the problem is still lingering.”

Olmos originally planned to sell shaved ice from the storefront at 309 N. 17th Street in San Jose’s Julian-St. James neighborhood, a former liquor store that had a reputation so shady even Olmos remembers it from his youth as a Lincoln High student. But last year during the pandemic, the pastor said he saw a different calling because of the growing number of people unemployed and unable to take care of themselves.

Today, he estimates nearly 1,000 people come by each day from noon to 5 p.m. And the food they get doesn’t come in a pre-packed box or bag; instead, they select their own items like at a farmers market, a difference Olmos says preserves their dignity. Lighthouse gets donations from grocery stores like Safeway and other sources for its pantry. In the evening, hot meals provided by partners like Loaves & Fishes are distributed to encampments and shopping centers where the homeless and other hungry people can be found.

Maribella Sandoval was in line at Lighthouse for the first time Thursday, but she wasn’t picking up food for herself. Since Christmas, she’s been making meals for homeless people living in encampments in Los Baños — usually buying items at Target, Dollar General or wherever she can find a deal. “I think this is a great thing,” she said of Lighthouse’s efforts to keep people fed.

Olmos says he gets support from many neighbors in the residential area, including nearby restaurants Fast Pizza and Casa Vicky — who often provide hot food for the volunteer staff. But some residents in the neighborhood have complained about the traffic and parking problems created by deliveries being dropped off regularly, as well as the line of people blocking part of the sidewalk in afternoons. Olmos also takes precautions; his staff and everyone in line wore masks and only three people are allowed to pick out food at a time.

As the next month passes until the …read more