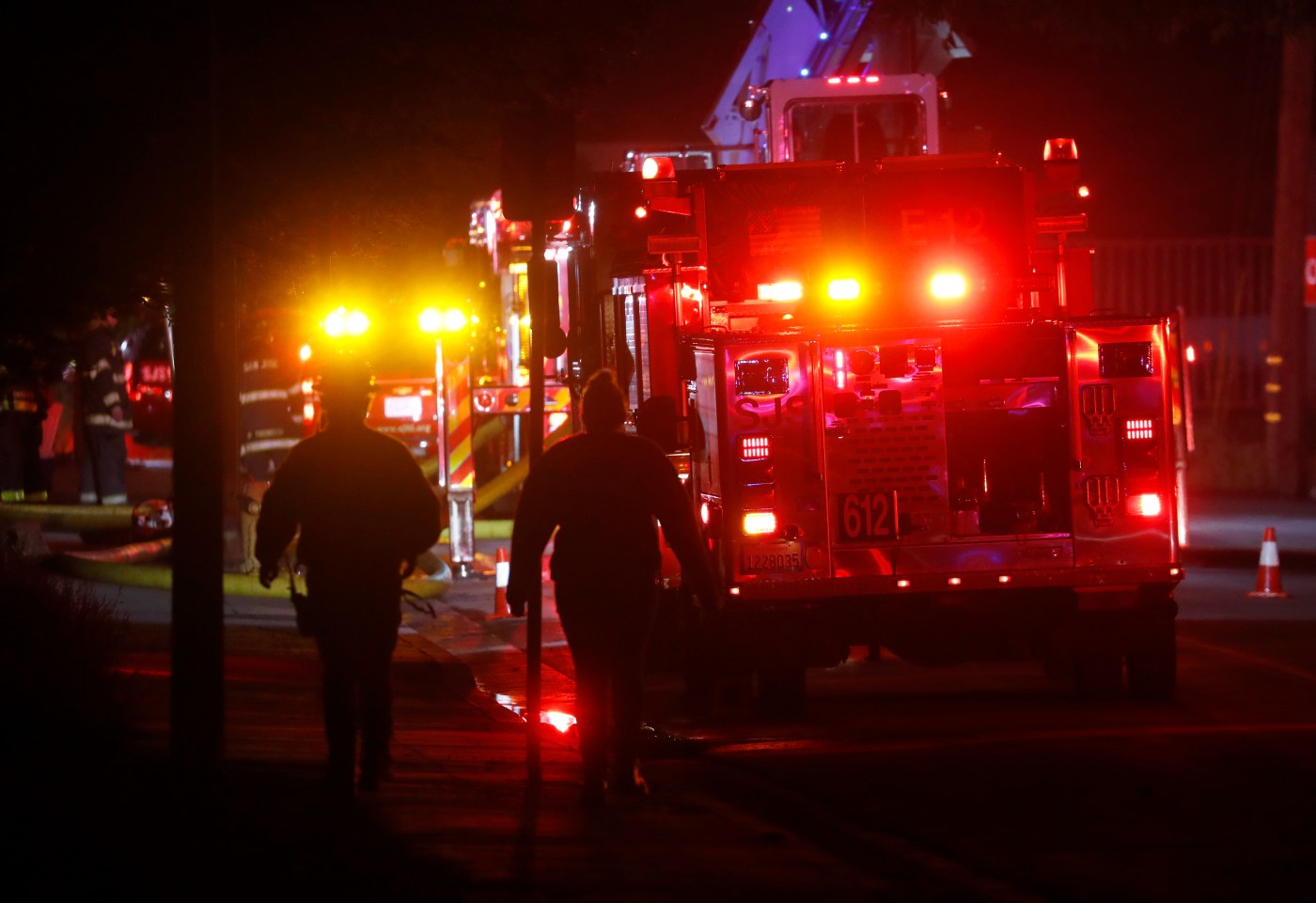 SAN JOSE — Seven people were displaced from their homes in a possible arson fire Sunday night in San Jose, according to authorities.

The San Jose Fire Department dispatched an engine to the 100 block of North 6th Street at 10:20 p.m. after receiving reports of a fire inside an apartment, according to spokesperson Erica Ray.

Crews arrived to find a blaze on the second floor of a two-story Victorian home that had been converted to apartments, Ray said. A second alarm was dispatched at 10:29 p.m.

12 dead, including 8 children, in Philadelphia fire at house converted into apartments, officials say

The fire was knocked down at 10:48 p.m. and American Red Cross responded to the scene, authorities said. Seven people and three cats were displaced. Fire crews cleared the scene by 2:03 a.m.

Arson investigators were looking into the cause of the fire and the San Jose Police Department was involved, according to authorities. No one was injured in the fire. A damage estimate was not immediately released.