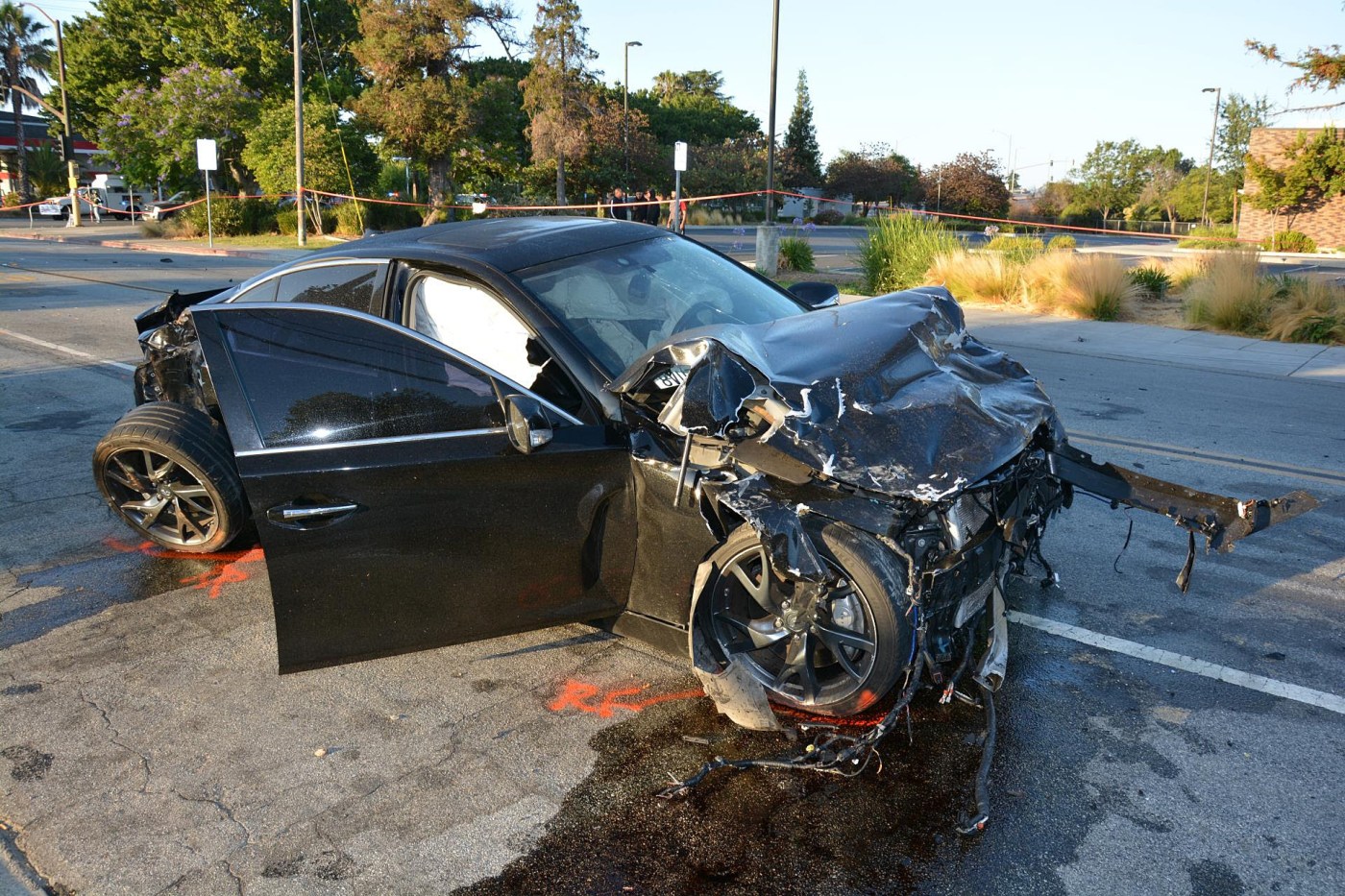 SAN JOSE – Authorities are asking for the public’s help in identifying the driver of a car involved in a fatal hit-and-run collision over the weekend in San Jose.

Around 2:30 a.m. on July 17, the driver of a black 2015 Infiniti Q50 with dark gray aftermarket wheels and tinted windows sped away from a marked patrol vehicle on the 1900 block of Alum Rock Avenue, the San Jose Police Department said in a news release Wednesday.

Minutes later, the Infiniti ran a red light at McKee Road and North 33rd Street and hit a black 2007 Honda sedan, police said. The driver of the Honda was ejected and died of his injuries at the scene.

The death marked the city’s 30th traffic fatality of the year.

The driver of the Infiniti ran from the scene and was last seen heading toward Anne Darling Elementary School, police said.

Anyone with information related to the case can contact Detective Mike O’Brien at 408-277-4654, or leave a tip with Silicon Valley Crime Stoppers at 408-947-7867 or at svcrimestoppers.org.