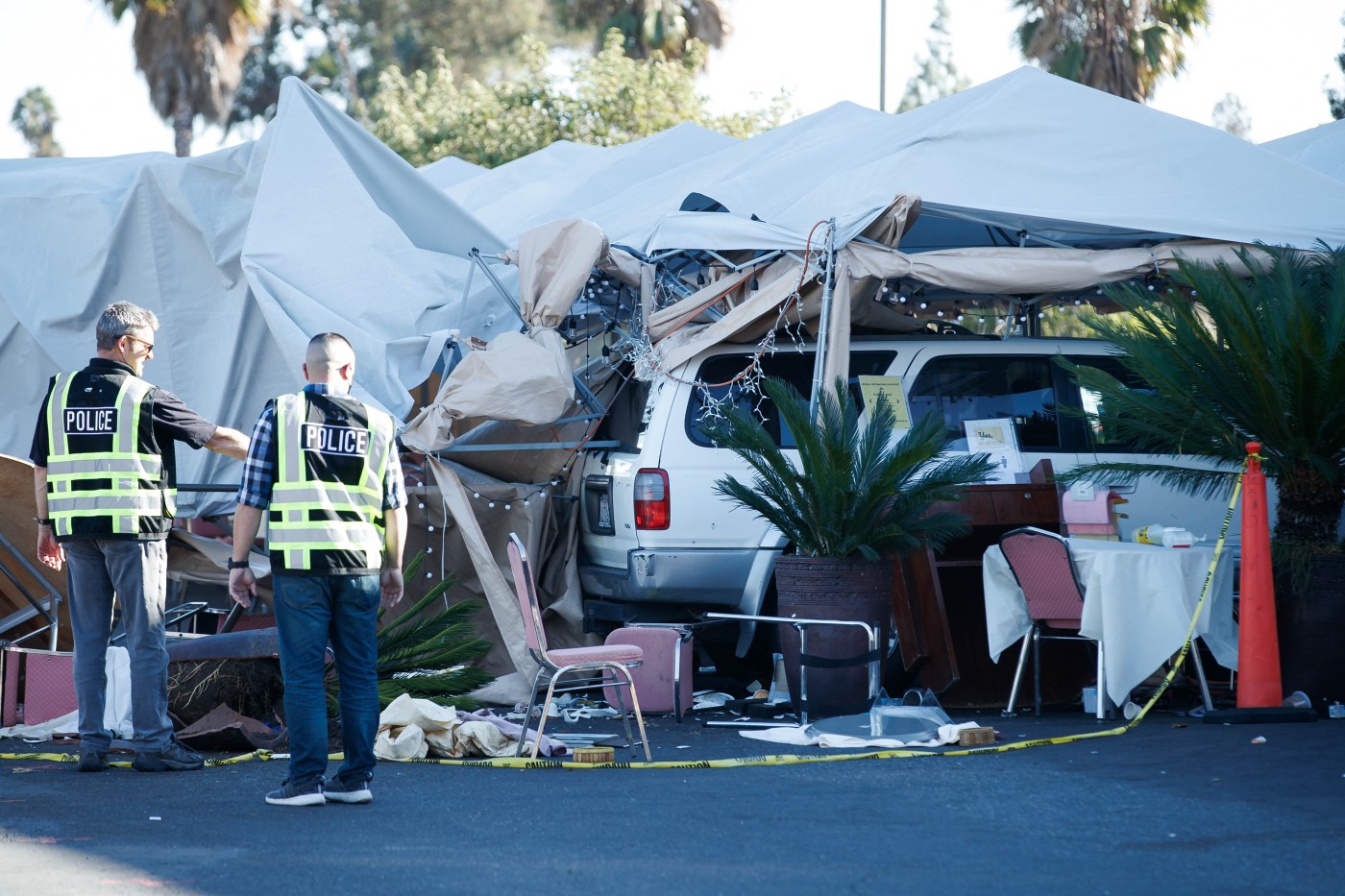 SAN JOSE — A woman has died from injuries she suffered in a violent crash where a driver lost control of his SUV and plowed into a group of people dining outdoors at the Grand Century mall Sunday, according to San Jose police.

The name of the woman, who died Tuesday, was not immediately released by authorities pending her formal identification and notification of her next of kin by the Santa Clara County Medical Examiner-Coroner’s Office. This marks the city’s 40th traffic death of the year.

She was one of eight people — three women and five men — who suffered minor to major injuries in the crash reported at about 12:30 p.m. Sunday near McLaughlin Avenue and Story Road. At least one of the surviving victims was reported to have suffered life-threatening injuries.

The driver of the white 2000 4Runner, described by police as a 69-year-old man who claims he accidentally accelerated while trying to park, was also injured. In a Sunday news release, police stated that the driver may have had a medical emergency prior to the crash, but on Monday did not offer any additional information on whether that was corroborated.

Mall surveillance video obtained by @KPIXtv shows the SUV jumping two curbs, crossing 4 lanes of traffic, before plowing into outdoor diners at Dynasty Chinese Seafood Restaurant. 2 diners are in critical. SJPD says the 69-year-old driver used the accelerator instead of the brake pic.twitter.com/aporE5GoGA

An eyewitness working at a nearby political booth described the SUV crossing a sidewalk and median, and then traveling into a parking lot that had been cordoned off with awnings for outdoor dining, where about two dozen people were seated.

The crash was quickly followed by a chaotic flurry of people screaming and attempting to tend to those who were injured, and some lay on the ground motionless, according to the witness. A second witness recalled hearing a revving engine, and the SUV tires screeching and smoking before the crash.

On Monday, KPIX reported that the popular Dynasty restaurant was not registered to host outdoor dining through the city’s Al Fresco initiative, which was launched in June to help businesses like eateries stay open in some capacity during the COVID-19 pandemic. The registration process is online and offers a layer of municipal oversight, and affords businesses access to city resources like physical barriers.