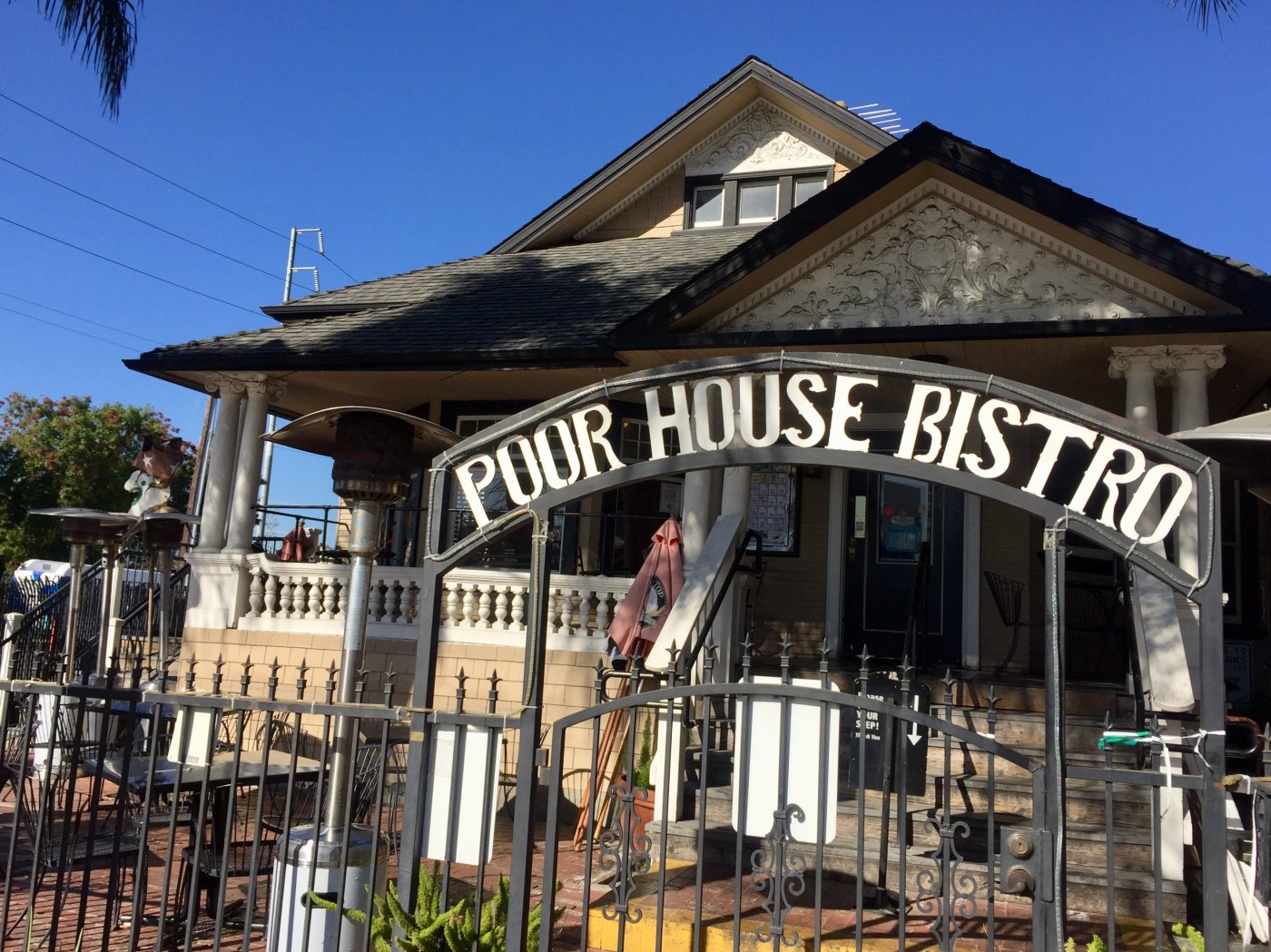 Pack up your Mardi Gras beads and order another round of beignet because Poor House Bistro soon will be on the move. The downtown San Jose eatery, which has been serving up New Orleans-style dishes a short walk from SAP Center, is heading to the Little Italy district later this summer.

Poor House owner Jay Meduri said Wednesday he’d just signed a lease to open the restaurant, which will be renamed Famiglia Meduri’s Poor House Bistro in honor of its new home between Henry’s Hi-Life and the under-construction Italian Cultural Center and Museum on St. John Street. “It’s a different journey than I ever expected,” said Meduri, who opened Poor House in 2005. “I think my grandparents would have liked the idea, and I think having the backing of Little Italy adds to it.”

Meduri’s grandparents, along with his father, immigrated to the United States from Italy, so there’s a definite connection. Meduri says he will add some Italian flavor to the menu — while keeping the old Cajun favorites — and will mix in elements of Venice’s carnival celebrations to its usual Mardi Gras theme.

Meduri has been planning the move with Little Italy’s Joshua DeVincenzi Melander for a few months, after Google purchased the land under the restaurant as part of its plan to the develop the Downtown West area around Diridon Station. Meduri originally hoped that Poor House Bistro could remain part of Google’s “village,” but the long build out would have the restaurant in a construction zone for nearly a decade. “Google’s been nothing but helpful with me. I’ve got no complaints,” Meduri said. The Mountain View-based tech giant will help move the Victorian house a few blocks from Autumn Street to Little Italy, a collection of historic buildings that includes an Italian school, restaurants and a plaza.

Taste-Off: The best low-fat cottage cheese — and the curdiest

And while the house has a lot of history, this isn’t even it’s first move. Meduri’s grandparents bought the building when it was a sorority house on 11th Street near San Jose State and moved it to Autumn Street in the 1950s.

BOOK ‘EM: Speaking of moves, the Campbell Library soon will be hitting the road as well, taking up residence at the Campbell Community Center for the next two-plus years while its current location at 77 Harrison Avenue undergoes a modernizing renovation.

In preparation, the Friends of the Campbell Library will have its last book sale at the parking lot of the current site on April 10 from 10 a.m. to 2 p.m. Books start at 50 cents, it’s cash only and you need to bring your own bag (and don’t forget a mask).

FRIDAY NIGHT BENEFIT: Blues musician Lara Price may be in Austin, Texas, these days but that has not stopped her from organizing the eighth annual Girls Got the Blues fundraising concert for San Jose-based Next Door Solutions to Domestic Violence on April 9. Price has put together a lineup of more than a dozen acts from the Bay Area as well as Southern California, Austin and Portland, Ore., for the …read more