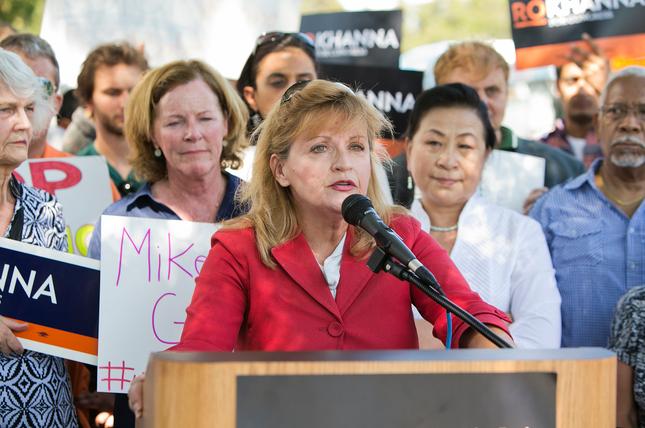 SANTA CLARA —  Three city councilmembers said a councilwoman accused of refusing to let her Korean American colleague speak during a recent “Stop Asian Hate” rally has a history of unkind behavior toward her political rivals.

During an hour-long argument council meeting this week, Councilmember Kevin Park — the first Korean American to serve on the Santa Clara Council — excoriated Councilmember Kathy Watanabe and said she’s exhibited a “pattern and history of… ignoring me or simply trying to shut me down.” His comments echoed those of Vice Mayor Raj Chahal and Councilmember Karen Hardy.

The “Stop Asian Hate” rally held at the Santa Clara library on March 31 was organized by Watanabe amid growing fear among the Asian American and Pacific Islander community in the wake of a rise in hate crimes targeting Asians and the killing of six Asian American women in Atlanta, Ga. March 16.

Several elected officials spoke during the rally including some councilmembers, but before the event ended,  Park asked to say a few words but was shut down by Watanabe. In a live stream of the event, Watanabe can be heard telling Park, “No, I’m sorry, this is my event. That’s OK. Thank you anyway. Thank you for being here. I appreciate the support.”

“Santa Clara is nearly 40 percent Asian and allowing an Asian councilmember a minute or two to speak would have been the right thing to do,” Lew said. “A public apology and censure are in order. We need people who support Asian Americans, not elected leaders who stifle Asian American voices.”

Watanabe, who spoke after public comment, apologized to the Asian American community and Park for any offense her actions may have caused, mirroring a statement she made last week.

Watanabe reiterated that she did not allow Park to speak due to time constraints, and that there was no ill intent involved.

“I could not allow him to (speak) as there was not sufficient time,” she said. “If there had been or if he had RSVP’d I would have accommodated him. It’s unfortunate that this event that highlighted that our community came together to stop hate, that it has become a controversy about Park not speaking.”

Mayor Lisa Gillmor came out in support of Watanabe and attempted to cool tensions among the councilmembers. She frequently interrupted Park to correct the record about who was allowed to speak at the rally and who wasn’t, adding that anyone who knows Watanabe “knows that you would not do anything to hurt people or to not include people.”

“Watanabe apologized and I think it’s time for us to work together and try a positive approach as opposed to the negative, with lemons learned from everyone here,” Gillmor …read more