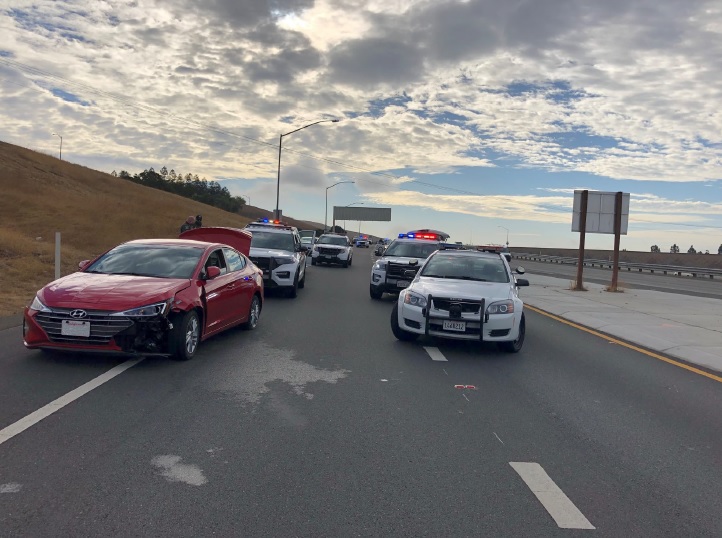 SARATOGA — A morning call about a woman wandering in the yard of a Saratoga home turned into police chase across the San Francisco Bay after she allegedly rammed a police car then took off to Fremont, according to the Santa Clara County Sheriff’s Office.

Deputies were dispatched to a home on Monte Vista Drive at 7:53 a.m. Thursday for a report of a suspicious vehicle parked in a driveway, and a woman “wandering around their backyard and property,” reads a news release from the sheriff’s office.

They arrived and approached the woman, identified as a 39-year-old San Francisco resident, but she ran away from them and got into her red Hyundai sedan. The sheriff’s office said she rammed a patrol vehicle in her haste to flee the scene.

With deputies trailing, the suspect drove to Fremont, but ran over spike strips laid out in her path at some point while approaching the Mission Boulevard off-ramp from Interstate 680.

With her car traveling on its bare wheels, the suspect stopped the car and surrendered, the sheriff’s office said. She was arrested and taken to the Main Jail in San Jose where she was booked on suspicion of assault with a deadly weapon on a police officer, felony evading, and resisting arrest.