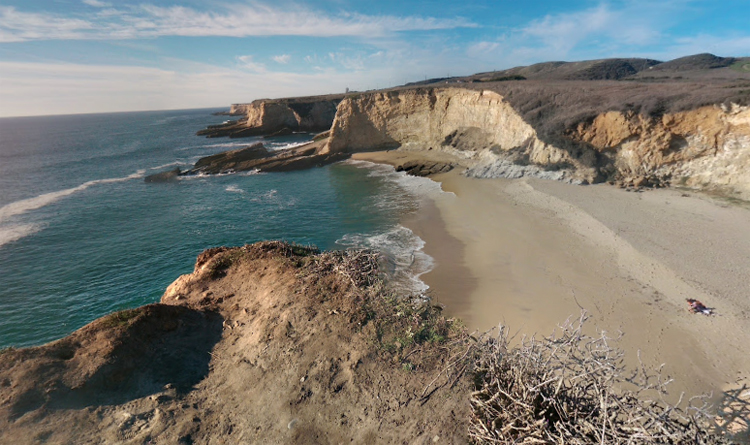 The body of a 30-year-old man was recovered after he was swept into the water Tuesday afternoon at Panther Beach, south of Davenport.

The death came two days after a 26-year-old San Jose man disappeared in the surf at Davenport Beach, about 1½ miles up the coast. He has not been found.

In Tuesday’s incident, the man had been standing on rocks shortly before 4 p.m. when waves swept him into the water, according to tweets from the San Mateo-Santa Cruz unit of the California Department of Fire and Forestry Protection.

Rescuers from several agencies responded, and the man’s body was seen at 5:50 p.m. Swimmers had to wait several minutes for the tide to recede before they attempted the recovery.

Two men who got out of their vehicles to argue after crash are struck, killed on I-80

The man’s name has not been released.

Panther Beach, part of Coast Dairies State Park, is a small pocket beach with cliffs at both ends. At the north end, rocks extend about 50 yards into the ocean.