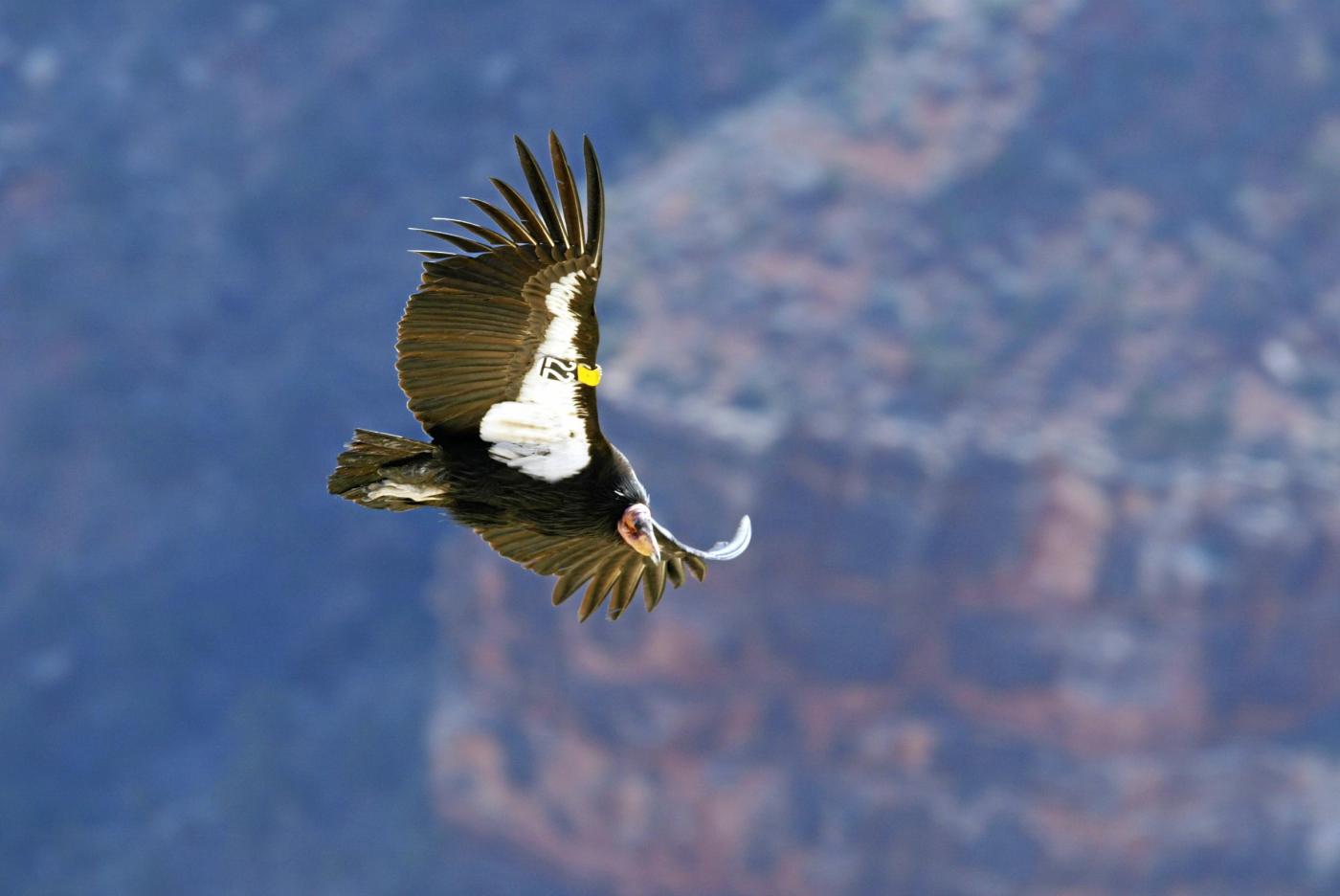 BIG SUR — Seven young California condors will soon be released into the Central Coast flock as part of Monterey-based Ventana Wildlife Society’s ongoing efforts to rebuild the populations of the majestic bird that at one time was extremely close to extinction.

The timing of the mid-November release helps to offset the confirmation that many feared. On Aug. 20 and 21, the Dolan Fire destroyed the condor’s Big Sur Sanctuary. Nine free-flying condors went missing during the Dolan Fire, as well as two chicks that perished in their nests. Those deaths were in addition to several others that had died earlier in the year.

“This year has just been a terrible year for condors and as a result, we need to redouble our efforts to restore condors to the wild,” said Kelly Sorenson, executive director of the Ventana Wildlife Society.

Despite the lost condors, there is one bright spot. Iniko, a four-month-old condor chick that was seen in a video flapping its wings frantically as flames from the Dolan Fire burned up the redwood tree where its nest lay, was rescued.

“We were not optimistic as we hiked through the fire’s devastation,” Ventana Wildlife biologist Joe Burnett said. “To find Iniko alive and well is simply a miracle.”

Each condor in Big Sur and the Pinnacles regions are given names and descriptions that are posted on the nonprofit’s website. These seven have been given names in collaboration with descendants of indigenous communities in Monterey County and the Central Coast, including the Esselen Tribe of Monterey County and members of the Rumsen and Salinan tribal communities, all of which inhabited the region where condors are being restored.

“This incredible species has been living on and flying over our homelands for over 1,000 years,” said Jana Nelson from the Esselen Tribe. “The California condor, like many of our people, were critically threatened at one point in time, but we are still here, both watching over and caring for our sacred homelands.”

With wingspans sometimes 10 feet wide, they can be spotted soaring anywhere along the Central Coast. If a bird twice as big as a turkey vulture is spotted soaring, it’s likely to be a condor. It could possibly be a bald eagle, but they have the unmistakable white heads. Condors can be seen flying above the recently reopened Pinnacles National Park, along the coast and in the Ventana Wilderness.

“As these awesome birds soar the skies of Central California, their massive wings will carry them over our traditional homelands”, said Linda Yamane, a member of the Rumsen Ohlone Tribal community. “We are honored that these condors will carry a reminder of our people with them — that our ancestors cared for these lands and that we, their descendants, are still here.”

The new condors are named: