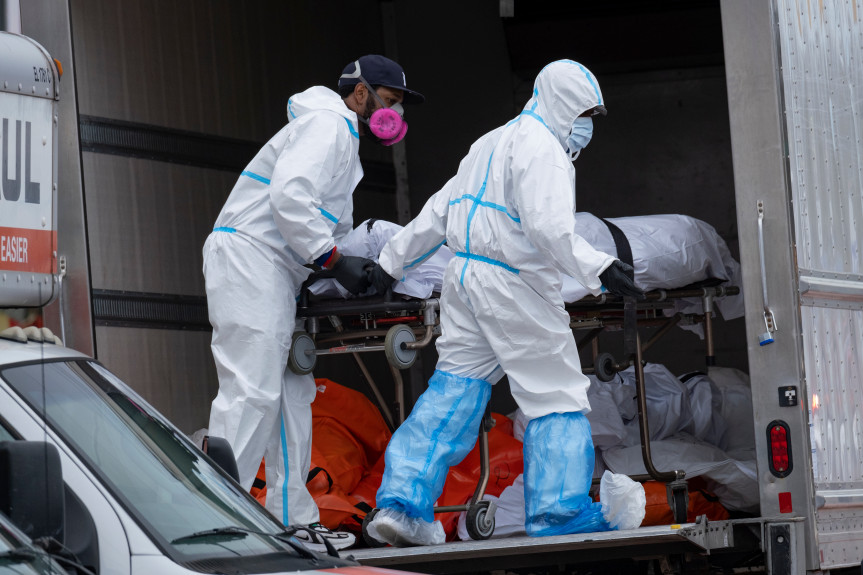 Less than a week after New York Gov. Andrew Cuomo instilled an executive order limiting the number of people at Thanksgiving gatherings, several upstate sheriffs say they plan to ignore it.

Cuomo’s order limits the number of people New York residents can have in their private homes to 10.

“New York follows the science. We know indoor gatherings and parties are a major source of COVID spread. To slow the spread, NYS will limit indoor gatherings at private residences to 10 people. This limit takes effect Friday at 10pm,” he tweeted on November 11.

Fulton County Sherriff Richard Giardino, who wrote one of the news releases, explained to CNN’s Brianna Keilar why he is also not going to enforce Cuomo’s order.

“I don’t think the Constitution allows for the infringement on the number of people in your own home,” he said. “He has authority to do a lot but not to tell law enforcement to get into someone’s house and count who is there.

“My position as a sheriff is that I took the same oath the governor did… and I don’t take any issue with the governors intent… to do what is best under the circumstances, but as a constitutional officer I have an obligation to the constituents in my county to follow that law,” he said.

Giardino wrote the post after he spoke to a veteran concerned about getting his son in trouble over a holiday visit. Giardino said Cuomo’s order doesn’t allow police to fine or arrest anyone.

Harriette Cole: I shared something I didn’t realize was a secret, and all hell broke loose

“What I’m saying is, it sends a chill into my community that law enforcement is going to knock on their door, count the number of people, and arrest them.”

Other counties echo the same sentiments

“I have no plans to utilize my office’s resources or Deputies to break up the great tradition of Thanksgiving dinner,” Erie County Sheriff Timothy B. Howard said Monday. “My office will respect the sanctity of your home and traditions, and I encourage you to follow your heart and act responsibly, as well as do what’s best for your family.”

Likewise, Saratoga County Sheriff Michael Zurlo questioned how it would be a good use of employees.

“I can’t see how devoting our resources to counting cars in citizens’ driveways or investigating how much turkey and dressing they’ve purchased is for the public good,” he said in a press release.

The release said the department’ does not agree that government can decide how many guests someone may have for Thanksgiving. The statement urged everyone to follow guidelines and stay home if sick.

“I encourage everyone to act responsibly,” Zurlo concluded.

Cuomo’s office commented on the responses.

“Politicians acting like politicians and ignoring what the actual experts say has been fueling the spread of this virus and is what plunged this country into this continued public health crisis in the first place. ‎We urge everyone to continue to be smart …read more