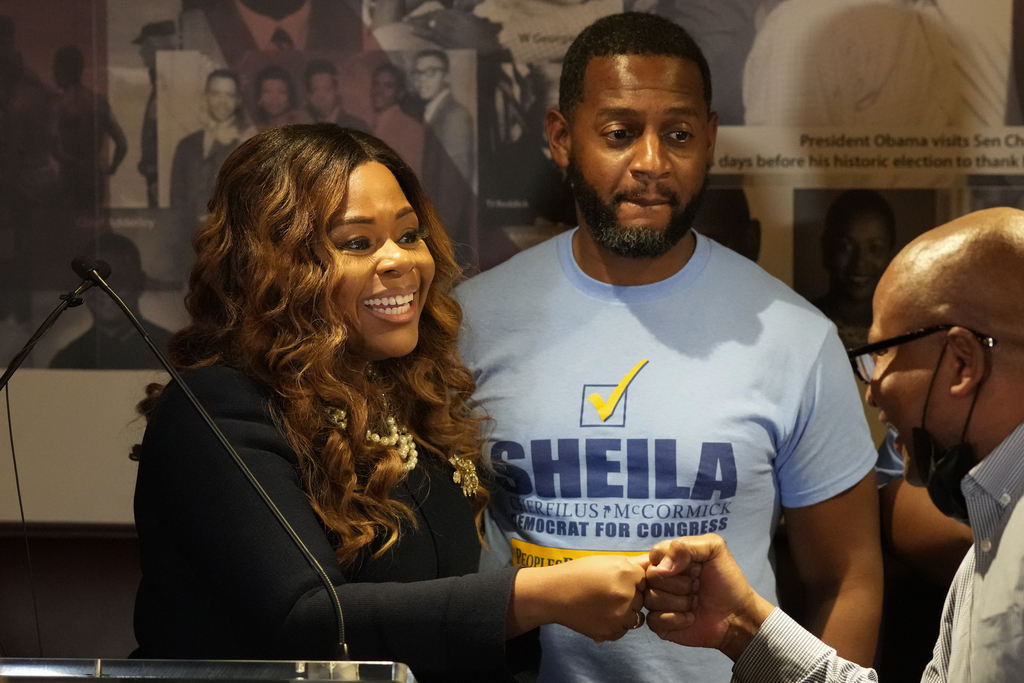 Cherfilus-McCormick defeated Republican Jason Mariner in the 20th Congressional District, which is firmly Democratic. Hastings was the longest-serving member of the Florida delegation before he died in April of pancreatic cancer.

Democrats outnumber Republicans by a nearly 5-1 ratio in the district, which includes parts of Broward and Palm Beach counties.

Turnout in the election was light and expected to be about 12% to 14%. Less than 9% of voters cast mail-in and in-person early voting ballots, with Democrats casting six times as many votes as Republicans.

Reclaiming Hastings’ seat will increase the Democrats’ slender House majority to 222-212, leaving room for no more than four Democratic defections as Speaker Nancy Pelosi tries moving her party’s bills through the House. For much of 2021, that margin was three.

The win will make little difference, however, for the Democrats’ $2 trillion social and environment bill, now stalled in the evenly divided Senate because of objections by Democratic Sen. Joe Manchin of West Virginia. The package is opposed unanimously by Republicans.

Cherfilus-McCormick’s victory marked a stark contrast to the November primary, when she defeated a field of 10 other Democrats by only five votes, or less than 24%.

She will have to immediately defend the seat in an August primary and, if she wins, the November general election. The runner-up to Cherfilus-McCormick in November’s primary, Broward County Commissioner Dale Holness, has sued to try to overturn the election results. He also plans to run in the August primary.

Demographics worked in Cherfilus-McCormick’s favor on Tuesday. She is the black daughter of Haitian immigrants. About half the voters in the district are Black, compared to about 21% who are white. Mariner is white.

Cherfilus-McCormick also had a huge money advantage. She loaned her campaign nearly $6 million, though has repaid herself $2 million. Still, by late December, she had $1.3 million in her campaign account, compared to less than $24,000 for Mariner.

Mariner is the owner of an advertising company that pays drivers to place ads on their cars. He has served two prison sentences totaling nearly two years. He was last released in 2013 after drug and theft convictions, according to the Department of Corrections.

Biden challenges Senate on voting: ‘Tired of being quiet!’

Editorial: Truth matters. What happened Jan. 6 must not be forgotten