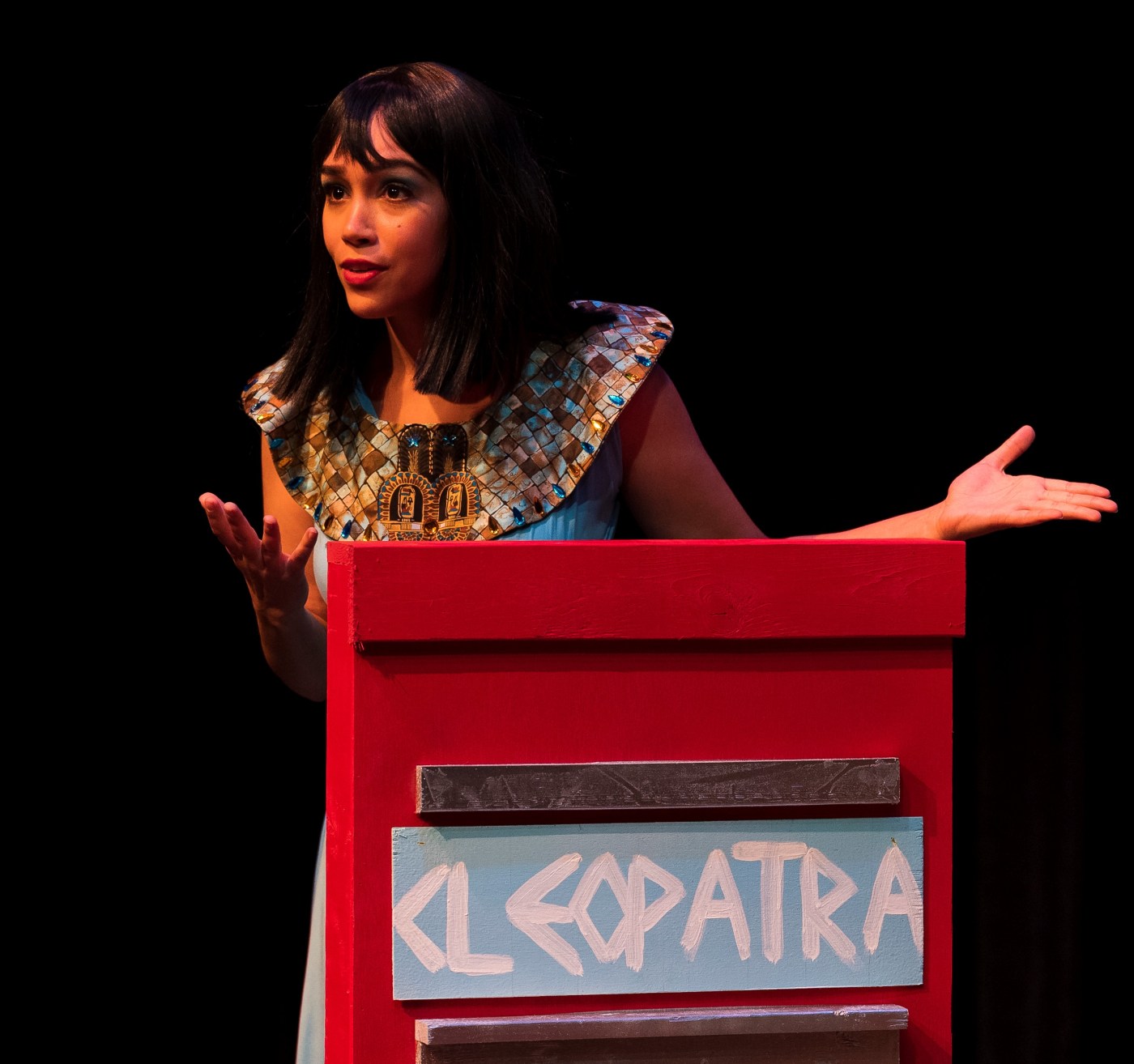 Watching Pear Theatre’s streaming production of “Pear Slices 2021” is a little like eating at a buffet restaurant: Some of the short plays aren’t long enough and leave you wanting more, while you wish others were shorter because you’ve already had enough before the closing credits roll.

Now in its 18th year, “Slices” is available via Vimeo through May 23. All plays are directed by either Troy Johnson or Melinda Marks, with Pear’s artistic director Sinjin Jones providing a marvelously eclectic choice of musical accompaniment ranging from jazz to rap to guitar strumming and even a lyrical space theme.

One of the best this year is Anderson’s nine-minute “Sequestered,” directed by Johnson, that features Loy as busy, exercise-loving Betsy and Lopez as the equally overextended Shawn. As the short opens, both are in workout clothes, she doing yoga on a mat while watching an exercise video, while he’s on headphones chatting with a guy while doing his push-ups and stretches. What’s fun about “Sequestered” is the surprise ending.

“Keepsake,” Powell’s rather unusual take on cryogenics, is also interesting to watch. In the play, Keira’s husband has been cryogenically frozen for decades. The lab is ready to bring him back — but, after 30 years, is she? Kelly gives a touching portrayal as the wife. It’s well-paced by director Johnson and clocks in at a succinct 12 minutes.

Ask Amy: I’m appalled by her behavior, so no baby gift for her

Kudos, also to Halper’s “Yes, Yes Maybe,” also directed by Johnson, which deals with the serious topic of long-ago family secrets of adoption and shame. As Sergio, Lopez joins his mother (Maya Greenberg) in her Buenos Aires high-rise after celebrating his 40th-birthday together. This “slice” is long at 18 minutes, but so well acted it’s well worth watching.

Portman’s “Wheel of Fortuna,” directed by Marks, is fun to watch, albeit a shade too long at over 18 minutes. It takes you right into an ancient version of today’s “Wheel of Fortune” featuring Cleopatra (Kelly), Nero (Jemeel) and a goatherder (Rodriguez) as contestants. Greenberg plays the upbeat game show host, Fortuna, and there’s even a rather wobbly wheel to spin.

Halper’s “Hello Heriberto” is a hot mess of a script if ever there was one, with a plot that goes nowhere. Other plays that need work are Fyffe’s “A Stable Family,” which tells the story of the Three Wise Men using contemporary language, and Wolf’s “Don’t Let Go,” whose title can be taken literally as characters struggle not to let go of the ropes that connect them.

Tickets for “Pear Slices” are $30-$34 at www.thepear.org or 650-254-1148. Purchasing a ticket provides access to a password-protected video of the show as well as a “backstage pass” that includes multiple behind-the-scenes videos, talk-backs and other materials.