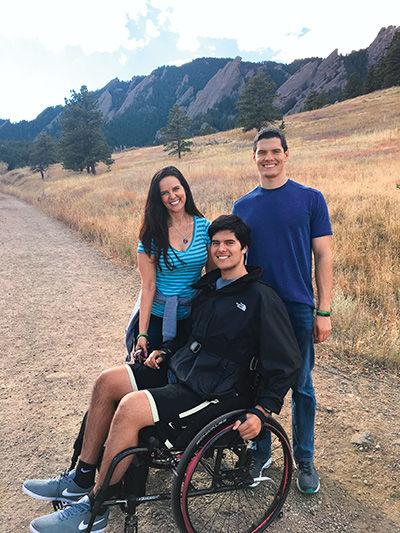 Sixteen years ago, voters were promised that $3 billion of bonds for embryonic stem-cell research would deliver cures for diseases such as diabetes, Alzheimer’s, Parkinson’s and heart disease.

Instead, we’ve gotten cures or potential treatments for a very different and unexpected set of afflictions, such as a deadly immune disorder, spinal cord injury, a type of cancer and a form of blindness.

The moral of the story — as Californians decide whether to continue support by approving Proposition 14’s nearly doubled research budget of $5.5 billion — is this: Science marches to its own beat and on its own clock, awe-inspiring but oblivious to political pledges.

“We got things, but not necessarily what we expected,” said Hank Greely, director of Stanford’s Center for Law and the Biosciences. “It’s saving lives, but not in the way most people thought.”

Without Proposition 71, the ambitious 2004 ballot measure that first paid for the stem-cell research, 8-year-old Evangelina Vacarro of Corona might be in a casket, rather than skateboarding, horseback riding and playing in the dirt with her pet terrier Daisy.

The engaging hazel-eyed child was born with a rare disease that left her unable to fight off infections. In a clinical trial funded by the state initiative, scientists corrected the deadly genetic flaw that disabled her immune system and restored her to health.

Jake Javier, a biomedical engineering student at Cal Poly, might be unable to live independently. Paralyzed in a diving accident, the 22-year-old gained some function in his arms and hands after the introduction of specialized neural cells in a clinical trial funded by Proposition 71.

“It completely changed the trajectory of my life,” said Javier, of San Ramon.

In addition to these and 62 other clinical trials, the California Institute for Regenerative Medicine (CIRM) created under Proposition 71 has led to about 3,000 peer-reviewed research papers and 974 patents or patent applications.

It has generated $293.6 million in direct income and taxes on corporate profits and sales of equipment and supplies, according to an estimate by research professors Dan Wei and Adam Rose of the University of Southern California.

And it has vaulted California to a leadership role in the nation’s stem-cell science.

“CIRM has supported some really superb research and researchers and built a powerful infrastructure,” said Robert Cook-Deegan of the School for the Future of Innovation in Society at Arizona State University. “In a field where there aren’t as many other sources of funding, that’s almost certainly, in the long run, a good thing.”

This is stunning progress for an effort that faced bleak prospects after then-President George W. Bush’s federal funding restrictions on embryo research.

Still, it falls far short of Proposition 71’s breathless rhetoric from the 2004 campaign.