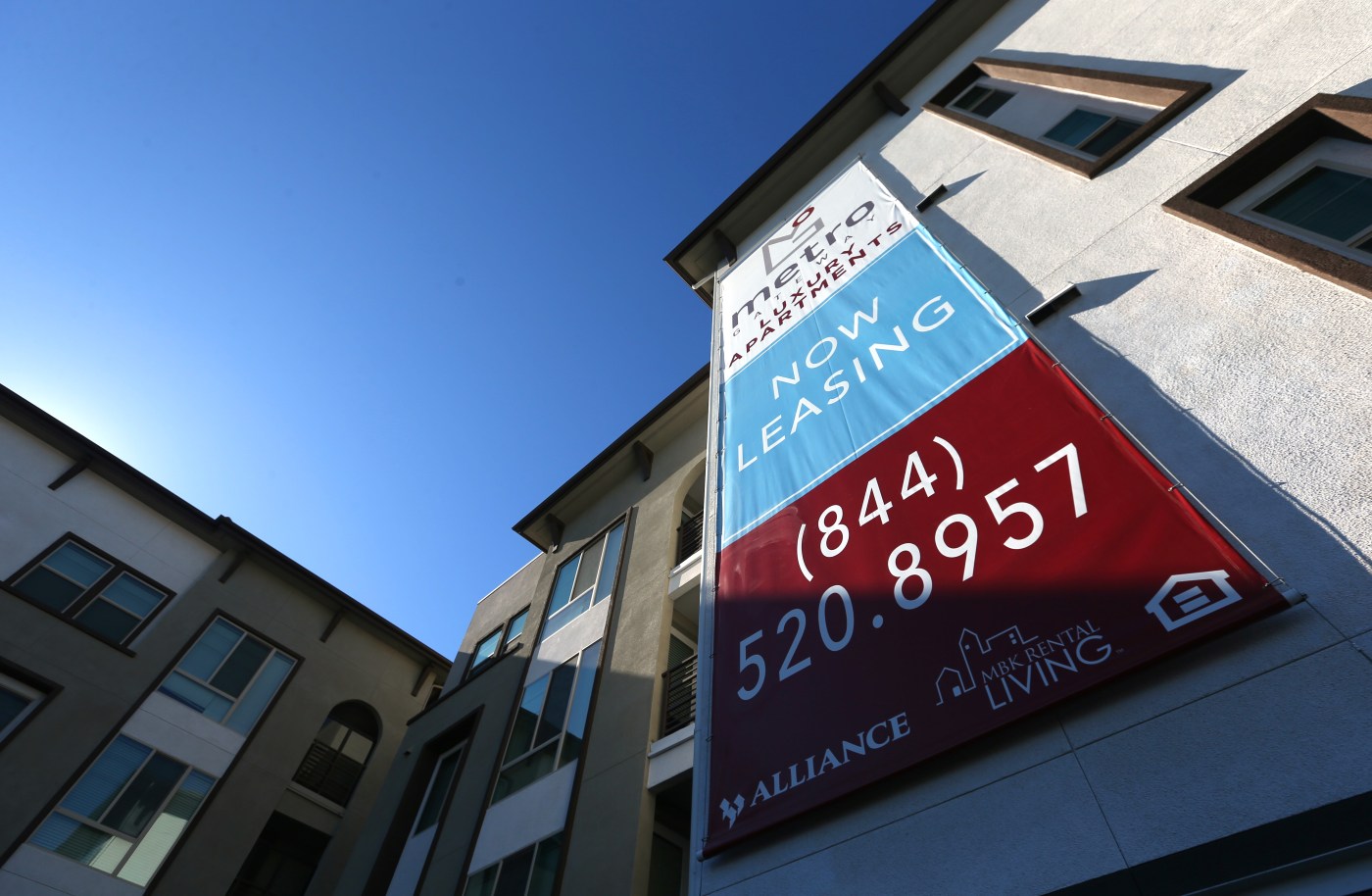 Big cities across the U.S. are seeing rents plunge faster than the suburbs, except for one place — Silicon Valley.

While rents in San Jose have fallen 6 percent since January, tech havens in Santa Clara County — including Mountain View, Sunnyvale and the city of Santa Clara — have seen rents fall by at least 11 percent during the covid pandemic, according to a new study by Apartment List. Rents also declined in the East Bay.

The exodus of now working-from-home techies from the Bay Area has left openings and rent discounts at complexes near the tech giants. The uncertainty of the pandemic has driven renters back home, to spacey outer-suburbs or to remote towns and resort communities such as Lake Tahoe.

“Every company is trying to figure out what their long-term approach to work is going to be,” said Igor Popov, chief economist at Apartment List. “The deeper you get into Silicon Valley, the more of a real issue it is.”

San Francisco rents have plummeted, while prices in the East Bay have slipped less dramatically.

Major Silicon Valley tech companies, including Apple, Facebook and Google, have extended work from home guidelines through at least early 2021. Stanford University has limited campus activity and the return of students.

Many companies and professional employees expect a greater portion of their work lives to be spent at home, in Zoom-rooms, home offices and backyard studios.

The demand for more living space and the shortage of homes for sale has driven up single family home prices in Silicon Valley, with suburban buyers pushing median prices to $1.33 million in Santa Clara County and $1.63 million in San Mateo County in September, according to CoreLogic data.

But Bay Area renters have felt the need to get out.

Rents have tumbled 18 percent in San Francisco since January.

In the East Bay, prices dropped the most in Berkeley and Oakland, at 9 and 8 percent respectively, while they fell just 3 percent in Fremont, Pleasanton and Dublin. In San Mateo County, rents in Redwood City fell 13 percent, while the city of San Mateo saw a drop of 9 percent.

Among the Santa Clara County communities surveyed, only Campbell, with a rent drop of 3 percent since the beginning of the year, has fallen less than San Jose. Rents in the city of Santa Clara have dropped 11 percent, fallen 7 percent in Milpitas, and 14 percent in Mountain View and Sunnyvale.Related Articles

Big south San Jose industrial complex is in the works