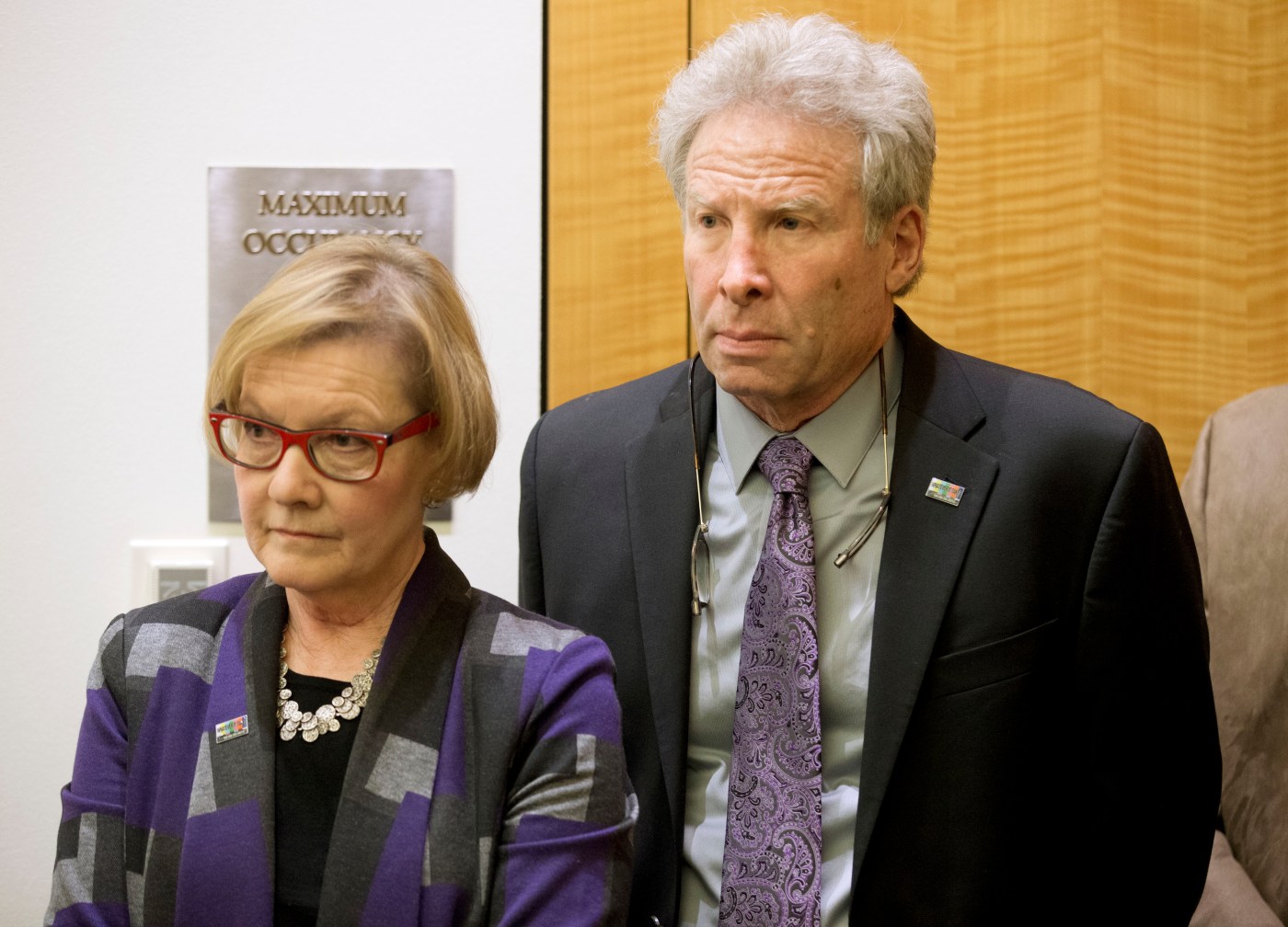 WASHINGTON — The family of a slain journalist is asking the Federal Trade Commission to take action against Facebook for failing to remove online footage of her shooting death.

Andy Parker said Tuesday the company is violating its own terms of service in hosting videos on Facebook and its sibling service Instagram that glorify violence.

His daughter, TV news reporter Alison Parker, and cameraman Adam Ward, were killed by a former co-worker while reporting for Roanoke, Virginia’s WDBJ-TV in August 2015. Video footage of the shooting — some of which was taken by the gunman — repeatedly resurfaces on Facebook and Instagram despite assurances from top executives that it will be removed, says a complaint filed Tuesday by Parker and attorneys with the Georgetown Law Civil Rights Clinic.

“The reality is that Facebook and Instagram put the onus on victims and their families to do the policing of graphic content — requiring them to relive their worst moments over and over to curb the proliferation of these videos,” says the complaint.

The complaint says Facebook is engaging in deceptive trade practices by violating its own terms of service and misrepresenting the safety of the platform and how hard it is for users to get harmful and traumatic content removed.

Andy Parker said during a news conference announcing the FTC complaint that he also wants to see action from Congress. That echoed some of the calls made last week by whistleblower and former Facebook employee Frances Haugen, who has accused the company of harming children, inciting political violence and fueling misinformation.

Barabak: For Pelosi, one last chance to do something really, really big

Parker said he agreed with Haugen on the need for Congress to impose new curbs on the long-standing legal protections for speech posted on social media platforms.

Republican and Democratic lawmakers have called for stripping away some of the protections granted by a 25-year-old law — in a provision known as Section 230 — that shields internet companies from liability for what users post. In her Senate testimony last week, Haugen urged lawmakers to remove the protections in cases where dominant content driven by computer algorithms favors massive engagement by users over public safety.

Parker previously worked with the Georgetown law clinic to file a similar FTC complaint last year against Google and its YouTube service. The FTC declined to comment on the latest filing and doesn’t typically disclose whether or not it has decided to investigate a complaint. Parker said he hoped that Lina Khan, the new head of the FTC appointed by President Joe Biden, would take the complaints more seriously.

But Eric Goldman, a law professor at Santa Clara University and co-director of its High Tech Law Institute, said he sees problems with the case that Parker is making by alleging violations of Facebook’s terms of service. The social …read more