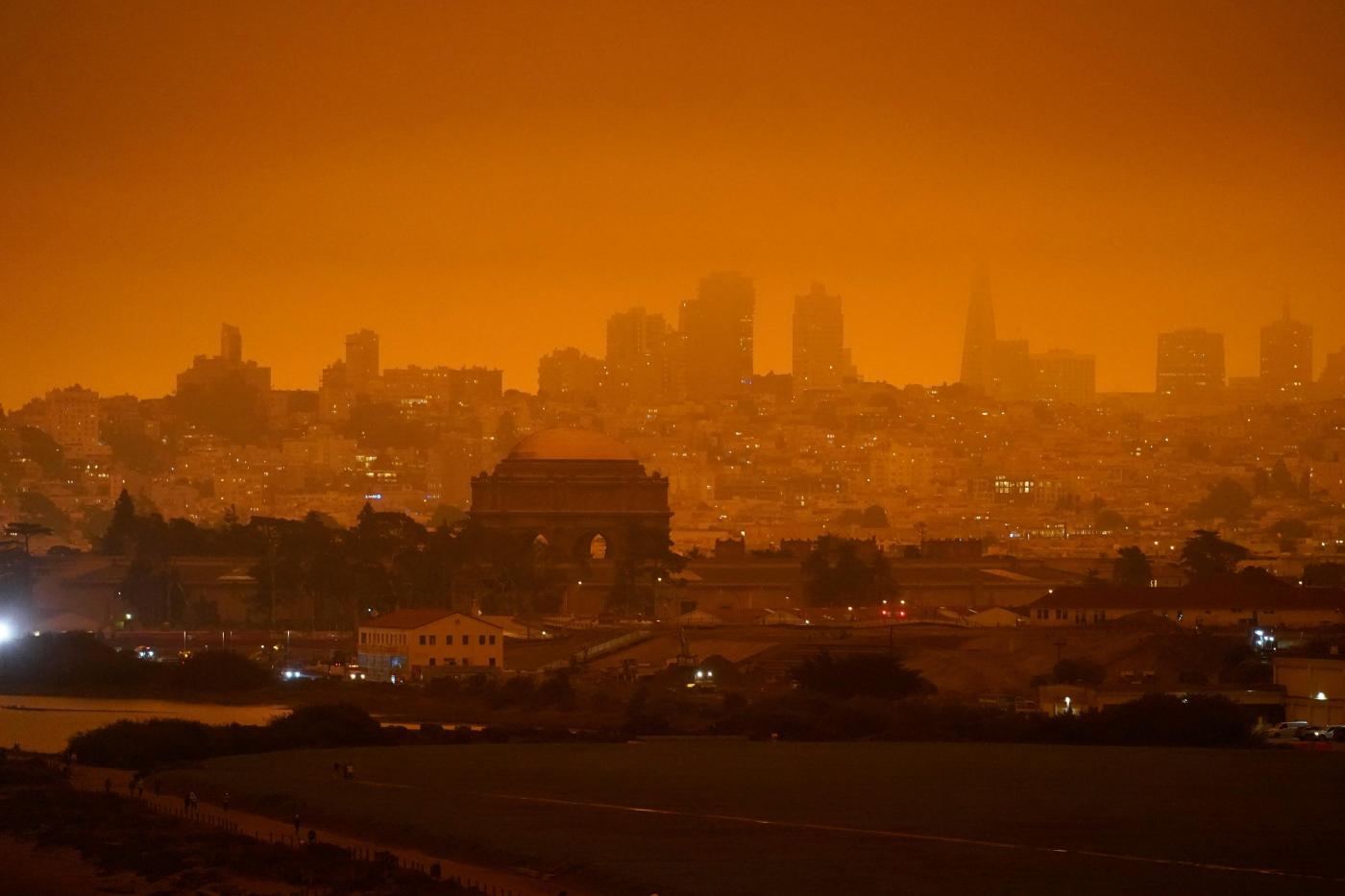 By MATTHEW BROWN and CAMILLE FASSETT | The Associated Press

SANTA CRUZ  — Wildfires churning out dense plumes of smoke as they scorch huge swaths of the U.S. West Coast have exposed millions of people to hazardous pollution levels, causing emergency room visits to spike and potentially thousands of deaths among the elderly and infirm, according to an Associated Press analysis of pollution data and interviews with physicians, health authorities and researchers.

Smoke at concentrations that topped the government’s charts for health risks and lasted at least a day enshrouded counties inhabited by more than 8 million people across five states in recent weeks, AP’s analysis shows.

Major cities in Oregon, which has been especially hard hit, last month suffered the highest pollution levels they’ve ever recorded when powerful winds supercharged fires that had been burning in remote areas and sent them hurtling to the edge of densely populated Portland.

Medical complications began arising while communities were still enveloped in smoke, including hundreds of additional emergency room visits daily in Oregon, according to state health officials.

“It’s been brutal for me,” said Barb Trout, a 64-year-old retiree living south of Portland in the Willamette Valley. She was twice taken to the emergency room by ambulance following severe asthmatic reactions, something that had never happened to her before.

Trout had sheltered inside as soon as smoke rolled into the valley just after Labor Day but within days had an asthma attack that left her gasping for air and landed her in the ER. Two weeks later, when smoke from fires in California drifted into the valley, she had an even more violent reaction that Trout described as a near-death experience.

At least 8 dead in bombing at seminary in Pakistan

“It hit me quick and hard __ more so than the first one. I wasn’t hardly even breathing,” she recalled. After getting stabilized with drugs, Trout was sent home but the specter of a third attack now haunts her. She and her husband installed an alarm system so she can press a panic button when in distress to call for help.

“It’s put a whole new level on my life,” she said. “I’m trying not to live in fear, but I’ve got to be really really cautious.”

In nearby Salem, Trout’s pulmonologist Martin Johnson said people with existing respiratory issues started showing up at his hospital or calling his office almost immediately after the smoke arrived, many struggling to breathe. Salem is in Marion county, which experienced eight days of pollution at hazardous levels during a short period, some of the worst conditions seen the West over the past two decades, according to AP’s analysis.

Most of Johnson’s patients are expected to recover but he said some could have permanent loss of lung function. Then there are the “hidden” victims who Johnson suspects died from heart attacks or other problems triggered by the poor air quality but whose cause of death will be chalked up to something else.

“Many won’t show up at the hospital or they’ll die at home or they’ll show up at hospice for other reasons, such as pneumonia …read more