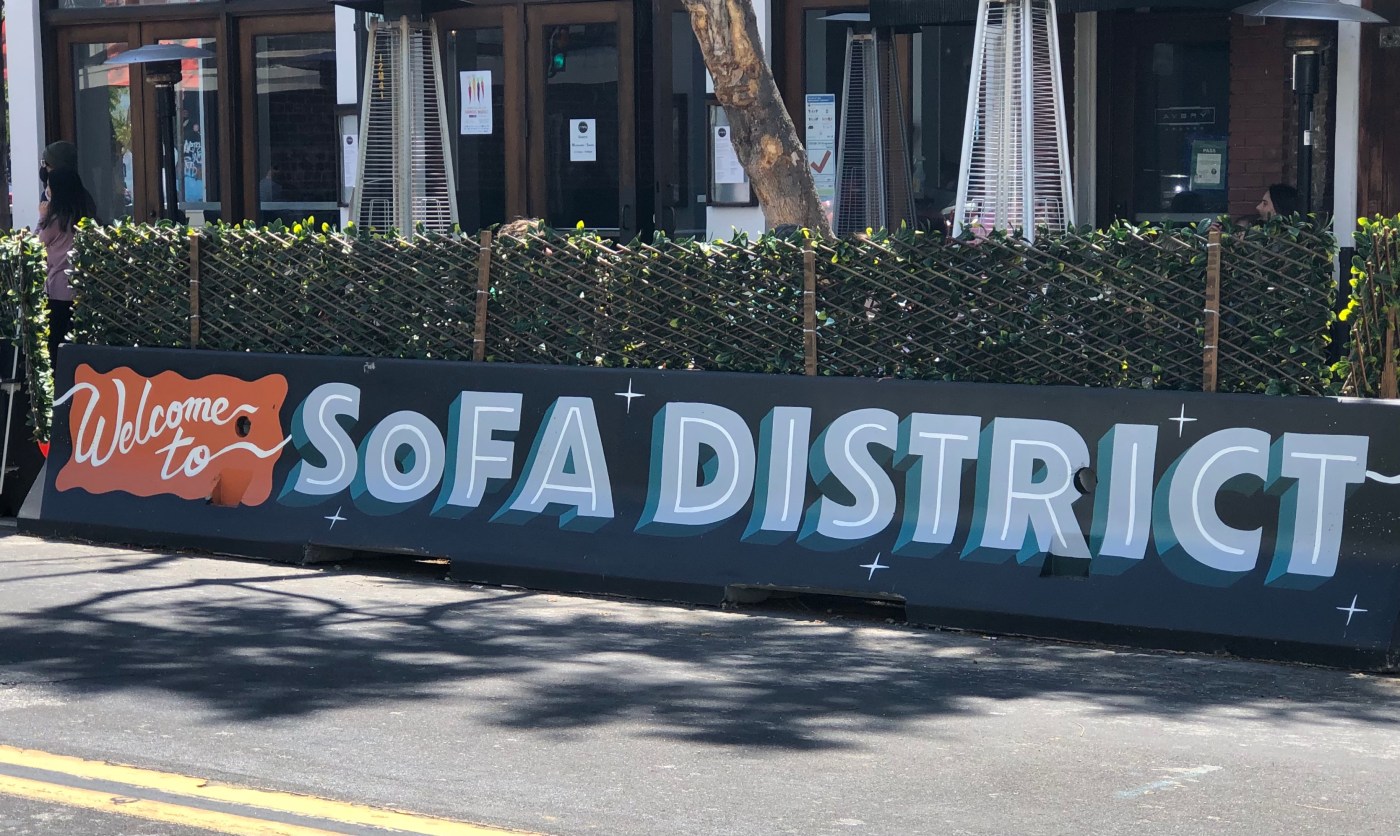 A good crowd showed up last weekend for the grand opening of Good Spot, a new gastrolounge on South First Street in downtown San Jose. And while it’s impressive enough that ownership team Thoi Trinh, Ivy Li and Sammy Sok stuck with the project and opened during the COVID-19 pandemic, it’s mind-blowing that Good Spot is the third new business to open in the past year on that same block, following coffee house Nirvana Soul and Pesticos, an offshoot of Adega restaurant.

Expect even more activity in the culture-soaked South First Area (SoFA) as the spring heads into summer, too. A demonstration garden and farmstand from Veggielution is expected to open in the coming weeks at the SoFA Pocket Park, which already is home to a popular dog park that opened in February. Plans are in the works for a new gamer lounge in the cavernous space most recently home to Forager Eatery, and the SoFA Music Festival is streaming free shows every Sunday in May, performed live or recorded at SoFA venues.

For San Jose Downtown Association Executive Director Scott Knies, the district is setting itself up to be the launching pad for downtown San Jose’s post-pandemic revival. He points to planned nearby housing projects like the Garden Gate Tower and Gateway Tower as positive signs, as well as more immediate good omens. The monthly South First Fridays art walk should come back in full bloom by summer. The San Jose Institute of Contemporary Art is open by appointment, the San Jose Museum of Quilts and Textiles is expected to reopen in the coming weeks, and live theater from City Lights and San Jose Stage should return this fall. People are finding their way back to Original Joe’s, and the cocktail crowd is gathering at Haberdasher’s parklet patio on the weekends, and lunch business at SoFA Market food hall is starting to pick up.

“There have been ups and downs, but we’re not here to talk about the downs. This is a celebration,” Knies said at Good Spot’s opening Saturday. “The tenacity of the small business community is exemplified in this project today, but it’s also how we’re going to recover from this pandemic.”

Even the Downtown Association’s popular Friday farmers’ market is moving this week to South First between San Salvador and William streets after 21 years in San Pedro Square. The move was requested by restaurants that had expanded outdoor dining on San Pedro Street — the set up and take down of the stalls created a big space crunch. Six potential locations were considered, but SoFA won out, in part because of the potential for activating businesses in the area and reaching residents in the nearby Sparq, Pierce and 360 residential buildings.

Trinh, Good Spot’s owner, has an extensive background with Santana Row restaurants including Sino and Straits, and he also saw the potential for bringing a younger, stylish crowd downtown with an appealing menu of cocktails and small plates. Chef Timothy …read more