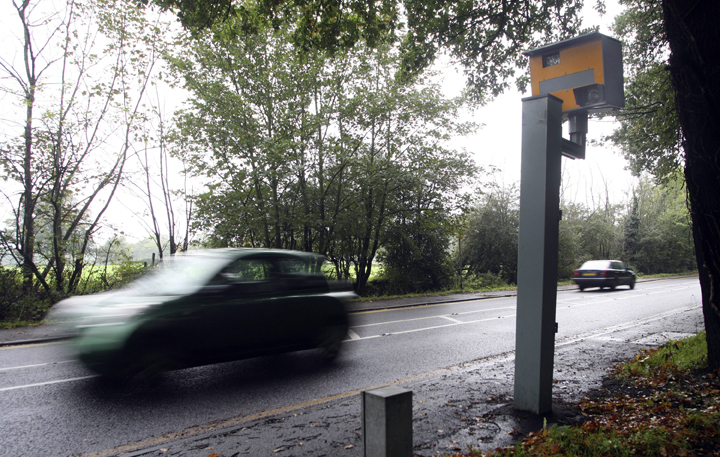 Q: I’m writing on the need to slow down some of the fastest drivers on our highways.

Some suggest hiring more law enforcement officers and some have suggested speed cameras. For me, it’s a no-brainer. Speed cameras are incredibly efficient and also cost-efficient. I’ve driven throughout Europe and once you get caught speeding, you slow down. Your thoughts?

A: I think you are onto something, as are legislators in Sacramento. Assembly Bill 550 would approve a six-year pilot project to test speed cameras on city streets in San Jose, Oakland, San Francisco and Los Angeles. It just passed out of the Assembly Transportation Committee by a 12-0 vote. It goes next to the Assembly Appropriations Committee, and a full vote is possible on the Assembly floor before June 4.

A 2017 study by the National Transportation Safety Board found that cameras offered significant safety improvements when drivers are going more than 10 miles per hour over the speed limit, and reduction in the likelihood that a crash resulted in a severe injury or fatality.

Cameras would be installed within 2,500 feet of a school zone, senior zone, public park, recreational center or streets that have a history of crashes and injuries.

You wouldn’t believe how drivers behave around our tractor: Roadshow

If you’re driving over the speed limit in a camera-monitored area, a sensor will read your speed and license plate, and you’ll get a citation in the mail.

Freeways are not included in this test program, and while police have reservations about this, they seem less upset than in past years.

Q: I feel the pain of EV owners upset about your contest to win a free tank of gas. In the future, perhaps offering them a 10-foot electric cord extender would ease their pain in time of need.

Q: I think I have a perfect solution for electrical vehicle owners who want a gift card as a prize versus a tank of gas: If you don’t buy gas, don’t play our game.

Q: Regarding distracted driving: Does anyone besides me turn down the music before attempting to parallel park, or any other maneuver that requires full concentration?

The dogs’ owner got belligerent after I called for help: Roadshow

The complaining started as soon as this highway opened: Roadshow