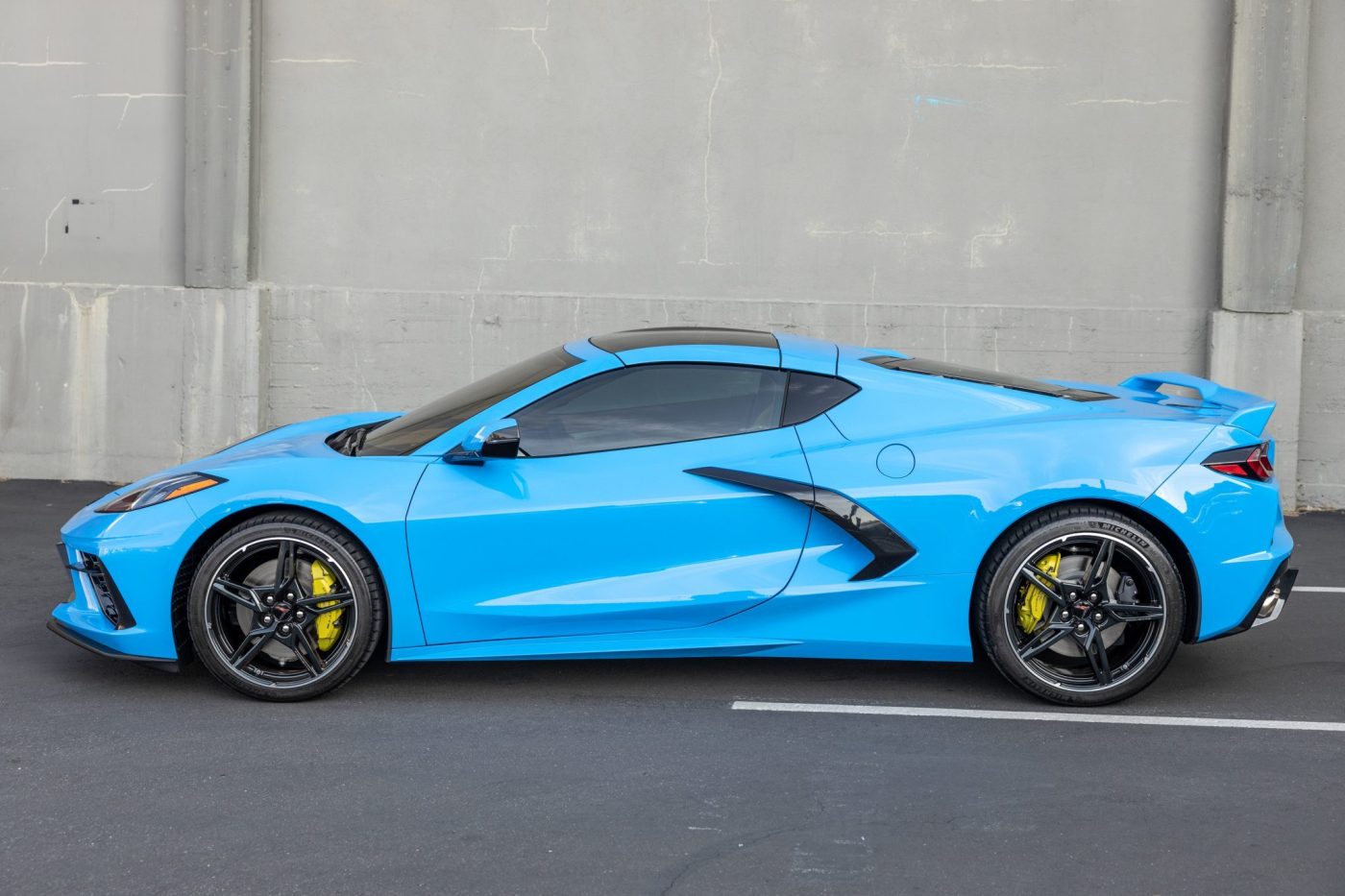 The Bottom Line: What is a Corvette? The Corvette, also known as a Vette, is a two door, two passenger, sports car manufactured and marketed by Chevrolet, across more than 68 years of production, and eight design generations. Despite the generous offering of American muscle cars available to buyers today, there’s only one car considered to be America’s Sports Car. That car is the Chevrolet Corvette.

There have been plenty of variants, and special edition trims, for the Corvette throughout the years. However, no other Corvette model has acquired more of a following than the Corvette Stingray, named after the close relative of the shark. And people often ask, what are the 8 different generations of Corvettes?

All Corvettes are a front engine car from 1953 to 2019, and since 2020 they are now a  mid engine car, more on the lines of a Supercar. And what makes a car a Supercar? The obvious answer is speed, both in terms of top speed and acceleration. In a hierarchy that begins with Sports Cars, and ends with Hypercars, Supercars are in the high performance middle, featuring vehicles that are more than capable of tearing up the track, and leaving common sports cars in the dust.

The mid engine configuration provides incredible visibility, responsiveness and driving feel. The engine placement provides rear weight bias, meaning more power is directed to the rear wheels where it matters most. And with the windshield positioned over the front wheels, the down force is improved over the seventh generation Corvette, without the need for a front air dam. Think Ferrari, McLaren and Lamborghini. The new 2021 Corvette can now compete with these supercars on the worldwide market.

This week Chevrolet sent me a 2021 Corvette Stingray 3LT Coupe to test drive and review. The starting price for this model is $70,850. The $8,075 in options are: the adjustable front end height lift system, with memory for $1,995, Magnetic Selective Ride Control for $1,895, 19″ front and 20″ rear Trident Spoke machined face Sterling Silver painted aluminum alloy wheels for $1,495, the performance exhaust system for $1,195, the engine appearance package for $995 and the Rapid Blue paint for $500.

The total MSRP manufacturer’s suggested retail price, including the $1,095 destination charge, came to: $80,020. Then add in the state and local sales tax, the dealer prep fees, and the DMV registration and license plate fees. Now to drive the Corvette off the dealers lot the total purchase …read more