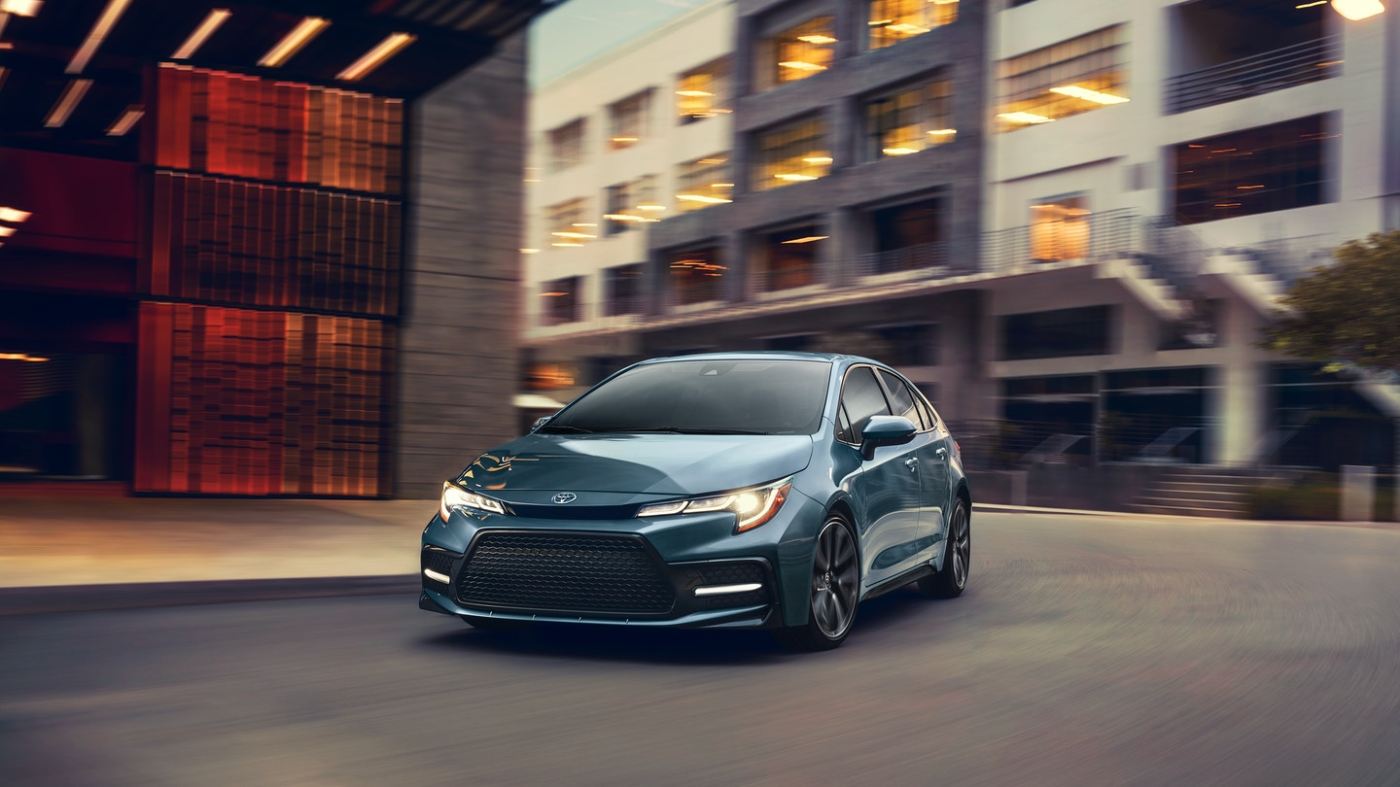 The Toyota Prius was launched in October 1997, as the world’s first mass produced hybrid passenger vehicle. That first generation Prius was very fuel efficient and came with the tagline: “Just in time for the 21st Century.” Toyota launched a second generation Prius in 2004, and a third in 2009.

Today we get to meet the first ever Corolla Hybrid. Toyota has continuously refined the Prius technology, and has now put it in the Corolla lineup for 2021. This car gets 53 MPG in city driving, 52 MPG on the highway, with a combined overall average of 52 miles per gallon. The greenhouse gas emissions are a 9, and the smog rating is a 7, both best out of 10. Those are fantastic gas mileage and emission numbers, and the car has an estimated annual fuel cost of only $800, for a full year of driving.

This week Toyota sent me a 2021 Toyota Corolla Hybrid LE Sedan to test drive and review. The window sticker base price is $23,400. The options on the test car are: the blind spot monitor with cross traffic alert package for $500. The total MSRP manufacturer’s suggested retail price, including the $955 destination charge, came to: $24,855.

This 52 miles per gallon Corolla Hybrid LE costs less than $25,000. What a bargain priced car this is in today’s world, and it comes standard with all these safety and convenience packages.

To make this high MPG happen the car has a 1.8L liter 4 cylinder Hybrid engine with a ECVT Electronically controlled Continuously Variable Transmission. This driveline combination can provide a smoother driving experience when compared to a traditional  transmission. And one of the most significant advantages to having a CVT trans is that they are more fuel efficient than a regular automatic transmission.

In addition to being super fuel efficient, Toyota did not skimp …read more