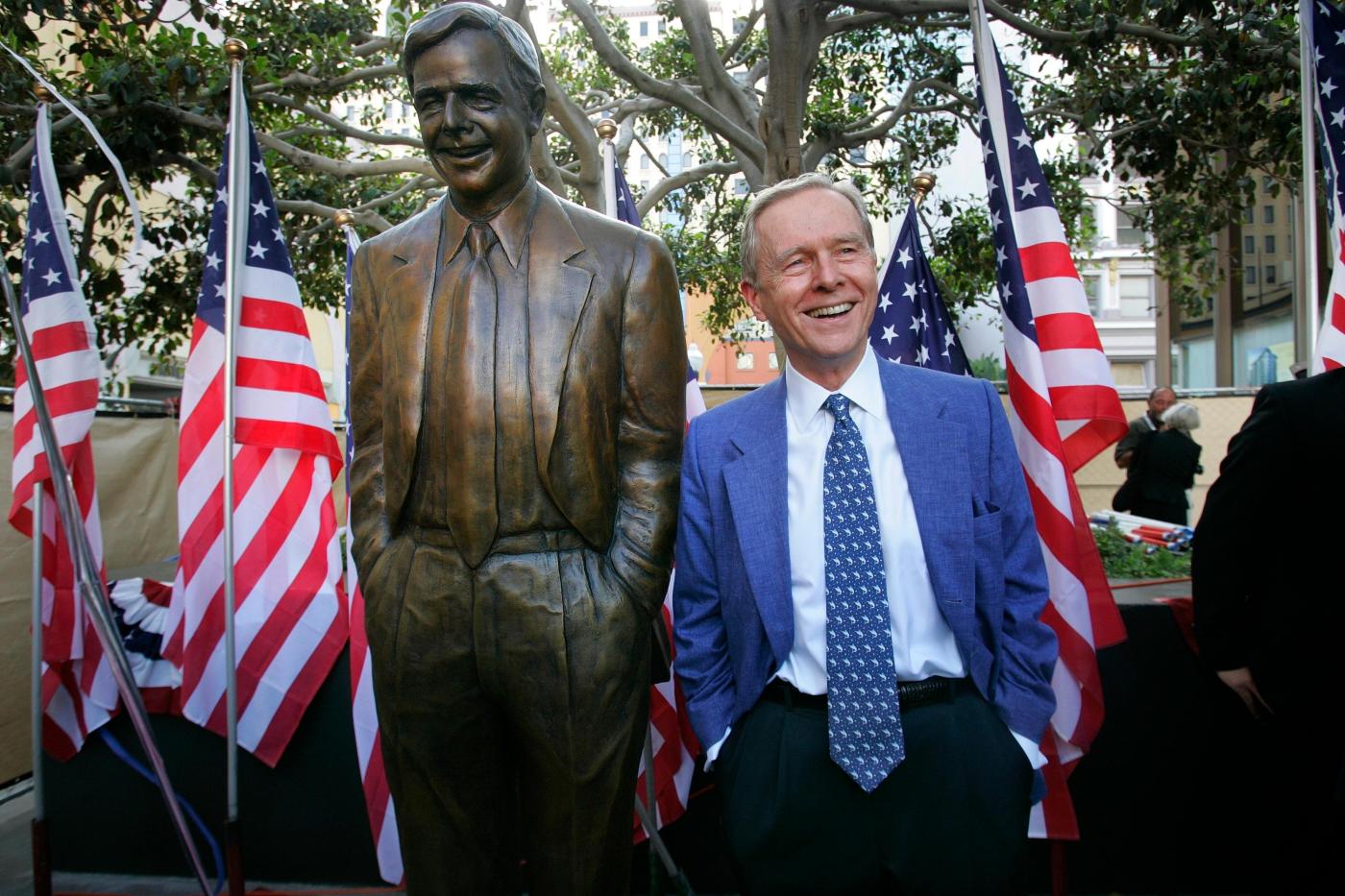 The 13-year-old statue near Horton Plaza Park was removed by Horton Walk, the nonprofit that owns it, the San Diego Union-Tribune reported Thursday.

Horton Walk president Steve Williams wrote in an email that no decision had been made on whether it will eventually be returned.

“All property … whether statues or real property … must be protected,” he wrote. “With this in mind, we have decided to secure and protect the statue in a place of safekeeping.”

On Monday, representatives of Latino and gay rights groups held a news conference in front of the life-sized bronze sculpture, saying Wilson supported laws and policies that hurt their communities.

Activist Enrique Morones, who spearheaded the removal effort, told the Union-Tribune he is glad the statue was taken down because it was not something the community wanted in the first place.

“No one has unified the Latino community more than Pete Wilson,” Morones said in an email. “His racist support of Proposition 187 back in 1994 unified Latino community and supporters of human rights, against him.”

In 1994, voters approved the Wilson-supported Proposition 187, which sought to limit illegal immigration by cutting off state services, including health care and public education, to undocumented immigrants in California. A federal judge later ruled it unconstitutional.

Wilson could not be reached immediately for comment. Sean Walsh, his law partner and former chief of staff, said the statue was a recognition of the governor’s 50 years of public service.

“It’s regrettable that intimidation tactics similar to those used in Seattle, Portland, Oakland and other cities across the country are causing individuals and businesses to protect themselves,” he said. “Our country, our society cannot be ruled by the threat of intimidation and violence.”

The property where the statue was located is owned and maintained by a private company, and the city was not involved in removing the statue, San Diego spokesman Gustavo Portela said.

Editorial: Reelect Alleyne and Chavez to Contra Costa education board

Proposition 25 would end cash bail in California. Is the replacement any better?

The move comes amid nationwide demands for the removal of statues and symbols of Confederate generals and those who owned enslaved people.

Wilson was mayor of San Diego from …read more