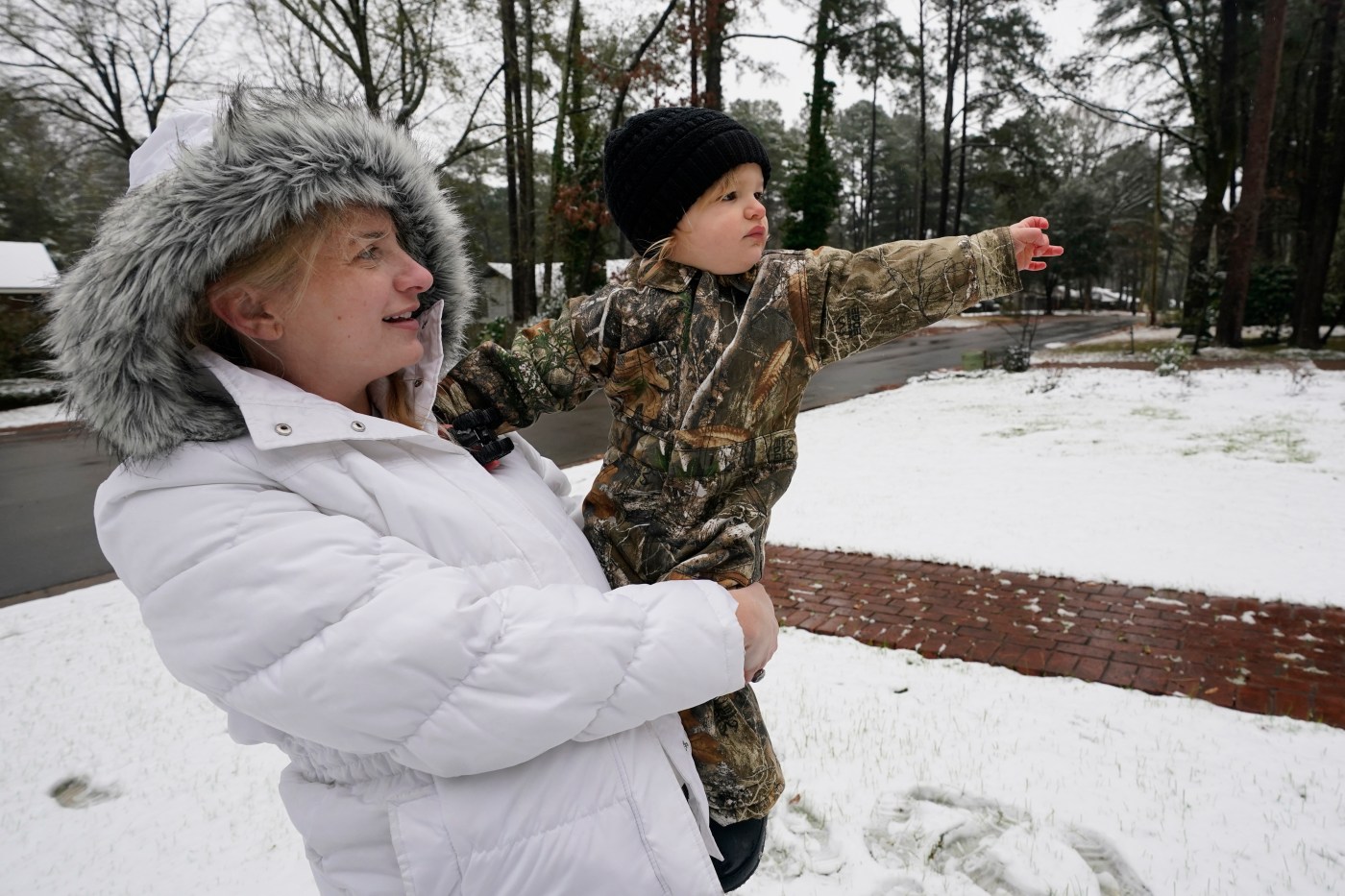 Nearly 155,000 customers were without power across Texas and Louisiana on Monday afternoon as a powerful snowstorm continued to move through the South.

Poor road conditions were possible across both states, including dark street lights and signals due to the widespread outages.

Areas of east and northeast Texas, including Lamesa which received 9 inches of snowfall, saw poor visibility due to fog, according to tweets from NWS Midland.

The Louisiana Department of Transportation and Development has encouraged people to travel only if absolutely necessary. Crews have been salting roadways.

The snow is expected to move out of Texas into southern Arkansas, through north and central Louisiana, and parts of Mississippi and Alabama through Monday, according to CNN Meteorologist Gene Norman.

Accumulation will vary, but Norman said it will mainly be between one to three inches.

Record snow amounts
Snowfall reports show some areas in Texas got up to 9 inches, including Moshein near Waco in the central part of the state, and Lamesa and Denver City in the west Texas.

Waco received 4.4 inches — the most snow it’s seen since 1982 — according to a tweet from NWS Fort Worth. That’s the tenth highest 24-hour snowfall event on record for the area, beating the daily record of 1.1 inches that was set in 1973, the tweet said.

NWS Austin/San Antonio said on Twitter that the area saw up to six inches of snow Sunday. “The last time that happened was Christmas day 2004, when our Coastal Plains counties had a very white Christmas,” the tweet said.

The average snowfall for the area is only 1 inch a year and 3 to 4 inches are forecast to fall in this storm, according to Javaheri.

There have only been 11 occasions when accumulations have exceeded 4 inches of snow in a season in 126 years of record keeping, Javaheri added, meaning a weather event like this occurs once every 12 years on average.