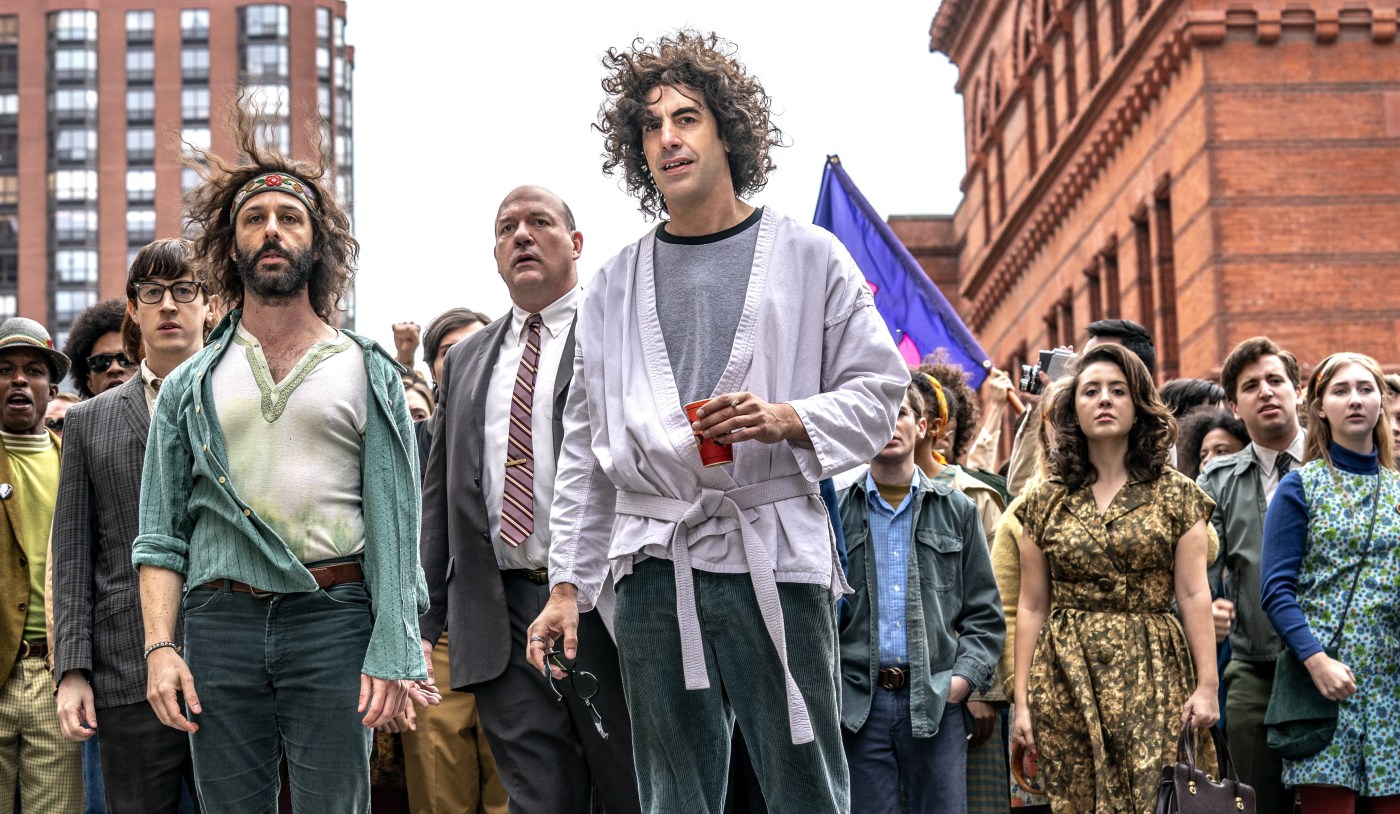 Topical documentaries and dramas headline our new streaming movie picks for this week. And if you’re screaming for some first-rate and fresh Halloween horror treats, we’ve got those, too.

“The Trial of the Chicago 7”: Writer/director Aaron Sorkin curbs his tendency to overwrite and the result is one of his best films. Sorkin permits characters’ actions to carry equal weight with his meaty words for a sensational reenactment from a stormy chapter in history.

Sorkin avoids cluttering up his story this time out, winnowing in on the fallout of the notorious 1968 Democratic convention. What was intended to be a united peaceful protest devolved into a violent clash between Vietnam War objectors and police and the National Guard. Sound familiar?

The ensuing bizarre trial of the various activists who made up the “Chicago 7” for their involvement in the protest makes up the majority of the film. The buffornery exhibited by the presiding judge (Frank Langella) is both hilarious and disturbing.

Sorkin gives each of them juicy slabs of dialogue, and the result is a smart, angry movie. Details: 3½ stars, available Oct. 16 on Netflix.

Miss Manners: They blame me for their favorite uncle skipping the party

“The Boy Behind the Door”: Screening as part of the American Film Institute Festival, David Charbonier and Justin Powell’s directorial debut couldn’t be more intense. It affords you nary one second to breath. An idyllic day for two inseparable young friends — one Black, the other White — turns into a nightmare when they’re abducted and then trapped in a hillbilly house of horrors. Stars Lonnie Chavis and Ezra Dewey are flat-out amazing. “Boy” is one of the most terrifying films I’ve ever seen, but it refuses to be bleak or cruel, and winds up emerging as a testament to the power of friendship. What a killer directorial debut. Details: 4 stars; available Oct. 17-Oct. 22 at fest.afi.com.

“The Mortuary Collection”: The problem plaguing 90 percent of horror anthologies is that there are rotten apples tossed in the basket. Not so with writer/director Ryan Spindell’s delicious quartet. Each short film can stack up to the very best of Stephen King. Horror regular Clancy Brown — also an executive producer — serves as the ghoulish guide, a freaky mortician who stitches these tales together while interviewing a potential replacement (Caitlin Custer). It’s the best Halloween film I’ve seen this year. Details: 3½ stars, available Oct. 15 on Shudder.

“Time”: Garrett Bradley takes a poetic approach toward telling her true story about a woman’s battle to get her husband — serving time for a bank robbery she was involved in — released from prison. Most directors would have …read more