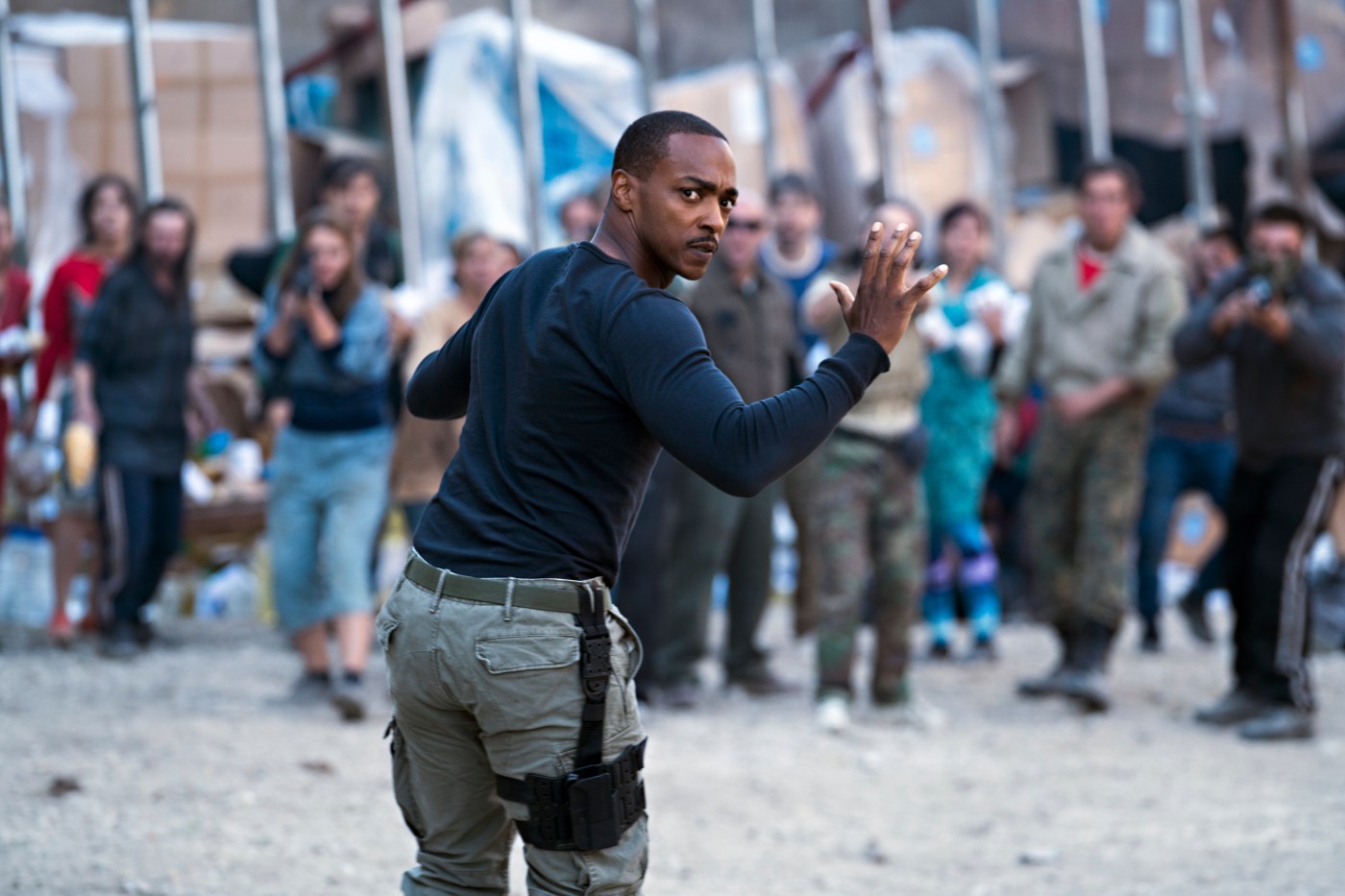 Anthony Mackie returns to showcase his action/acting chops in the dystopian Netflix thriller “Outside the Wire,” which tops our must-watch list this week, along with Carey Mulligan’s new dark comedy, two fantastic female-directed dramas and four remarkable documentaries.

Here’s a rundown of your top streaming options.

“Outside the Wire”: If you to cruise through a dumbed-down sci-fi flick this weekend, look elsewhere. Mikael Hafstrom’s futuristic military thriller is a super-smart film that’s hot-wired with debate-worthy observations on the nature of warfare. It’s also acted, directed and edited with skill. Mackie, best known for portraying Sam Wilson/Falcon in the Marvel Universe, gives a commanding performance as a high-ranking American android officer in 2036 Eastern Europe. His joint mission with a cocky and demoted subordinate (Damson Idris of “Snowfall”) is to deliver vaccine to a Ukrainian hospital located in the middle of a danger zone. The mission, though, is merely a cover for something much more dangerous. “Outside the Wire” is an efficient, fast-paced rollercoaster ride that’s smart and buoyed by a razor-sharp screenplay and two magnetic performances. Details: 3 stars; available Jan. 15 on Netflix.

“One Night in Miami”: Oscar- and Emmy-winning actress Regina King does a fine job in her directorial debut staging Kemp Powers’ 2013 play about a fictitious ‘60s motel meetup between boxer Cassius Clay (Eli Goree), activist Malcolm X (Kingsley Ben-Adir), crooner Sam Cooke (Leslie Odom Jr.) and football player Jim Brown (Aldis Hodge). Like the play, the action is mostly set in one hotel room and the story essentially focuses on the words being spoken and the personalities speaking them. That’s fine since the dialogue is rich and the acting is strong/. King proves to be a generous director, giving each character time to shine. And the soundtrack is awesome. Details: 3 stars; available Jan. 15 on Amazon Prime.

“Promising Young Woman”: Emerald Fennell’s outrageously entertaining feminist dark comedy, is the year’s smartest and angriest thriller. It’s a feminist-fueled revenge flick that shocks and awes and tosses subtlety to the wind. Carey Mulligan’s never been better (and that’s saying a lot). She stars as anti-hero Cassie, a jaded coffee barista going to extreme lengths to get back at toxic males and the women who enable them. This movie’s pure dynamite with an ending that explodes in your face. It was one of my top 10 movies of the year and begins streaming this weekend. Details: 4 stars; available beginning Jan. 15 at multiple platforms, including Amazon Prime, Vudu, Apple TV, Fandango Now; also playing at select drive-in theaters, check schedule at www.westwinddi.com.

“Herself”: Phyllida Lloyd’s portrait of a courageous battered mother — a sensational Clare Dunne, who co-wrote the screenplay — and her efforts to escape an abuser who finds ways of controlling her, even from far away, is shattering. Abuse survivors should be careful of triggering effects here. But the film isn’t just a portrait of bleakness. It’s filled with touching scenes that reflect a mother’s resilient devotion to her children as she strives to shape a better life. Details: …read more