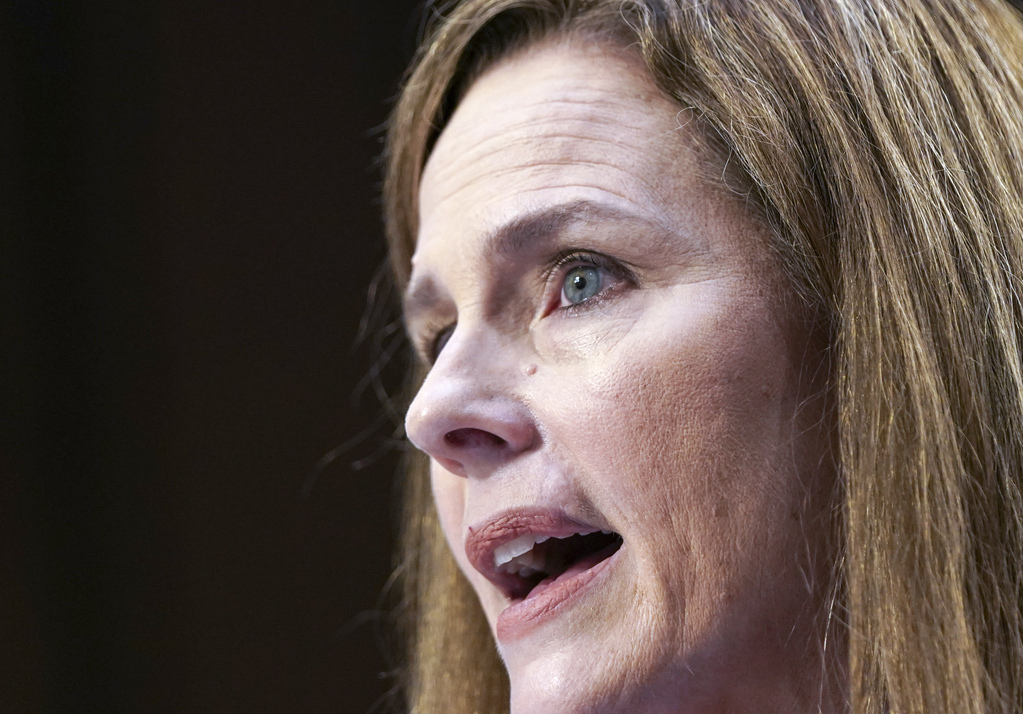 WASHINGTON – U.S. Supreme Court nominee Amy Coney Barrett on Tuesday will face the first of two days of direct questioning from senators, as Democrats try to make the case that her confirmation would threaten healthcare for millions of Americans.

The Senate Judiciary Committee hearing presents Barrett with a chance to respond to Democratic lawmakers who have been unified in opposing her primarily on what they say would be her role in undermining the Obamacare healthcare law and its protection for patients with pre-existing conditions.

“I believe Americans of all backgrounds deserve an independent Supreme Court that interprets our Constitution and laws as they are written,” she said on Monday during the hearing’s opening statements.

Nominated to the court by Republican President Donald Trump late last month following the death of liberal Justice Ruth Bader Ginsburg, Barrett added that courts were not designed to solve every problem in public life. “The public should not expect courts to do so and the courts should not try.”

Barrett could be on the Supreme Court in time for the Nov. 10 arguments in a case in which Trump and Republican-led states
are seeking to invalidate the 2010 Affordable Care Act, Democratic former President Barack Obama’s signature domestic
policy achievement that has enabled millions of Americans to obtain medical coverage.

Republicans have a 53-47 Senate majority, leaving Democrats with little to no chance of blocking Barrett’s confirmation.

Barrett, 48, would tilt the Supreme Court further to the right and give conservative justices a 6-3 majority, making even the unexpected victories on which liberals have prevailed in recent years, including abortion and gay rights, rarer still.

Trump’s nomination of Barrett came late in an election cycle when Republican control of both the White House and Senate is at stake. The confirmation hearing format has changed because of the COVID-19 pandemic, with the public excluded and some senators participating remotely.

‘MIDDLE OF A PANDEMIC’

Judiciary Committee Democrats, including vice presidential candidate Kamala Harris, zeroed in on the fate of Obamacare, as Republicans push to confirm Barrett before the Nov. 3 presidential election between Trump and Democrat Joe Biden.

“We should not turn away from a focus on protecting the healthcare of a majority of Americans in the middle of a pandemic,” Senator Chris Coons said after Barrett spoke on Monday.

Senator Amy Klobuchar said lawmakers should be addressing another COVID-19 stimulus package rather than Barrett’s nomination. “Our Republican colleagues who run the Senate should be leading on COVID relief instead of having this hearing. Americans are with us on this,” she said.

Amy Coney Barrett pledges to interpret laws ‘as they are written’