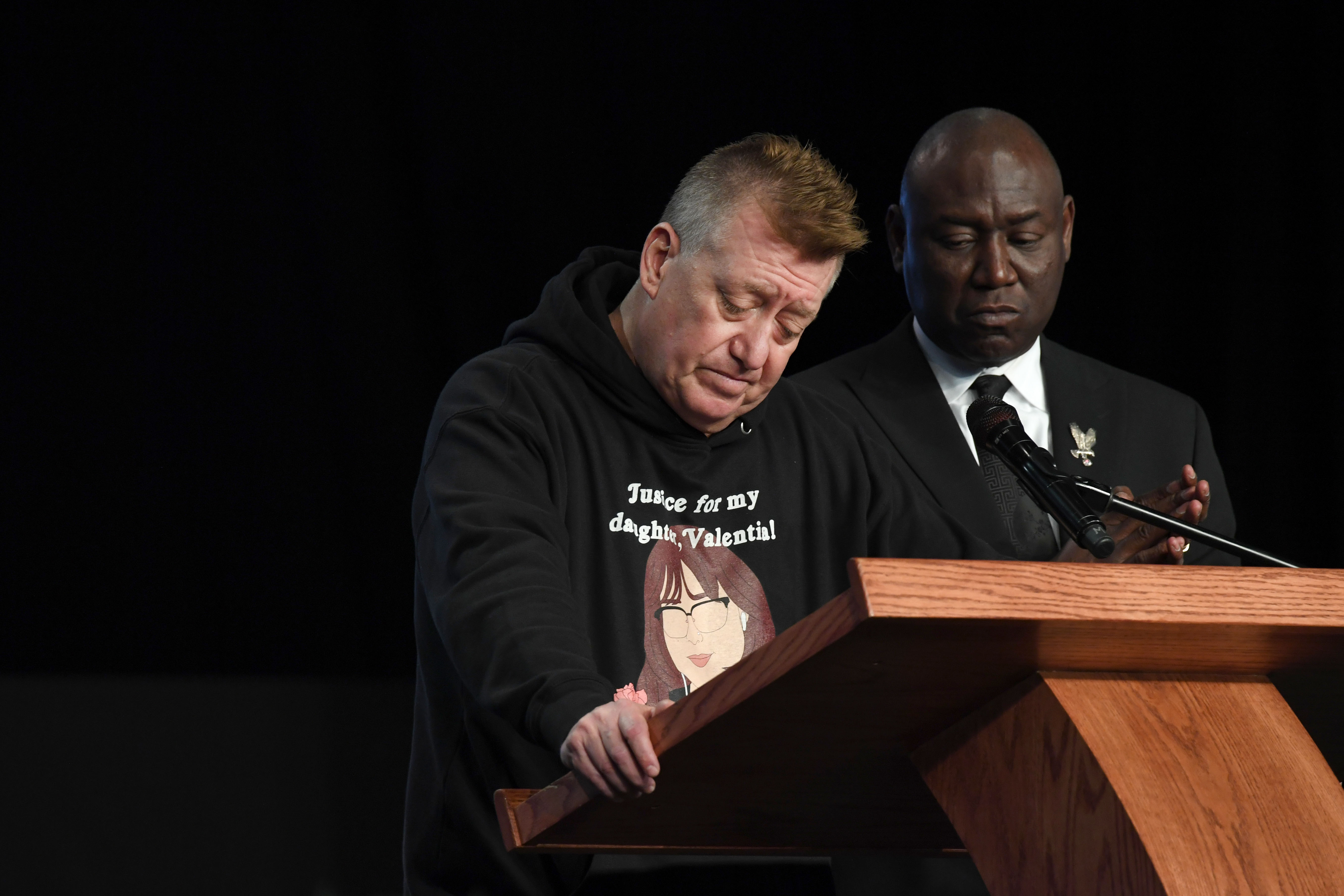 Valentina Orellana Peralta was a smart girl with dreams of studying robotics in high school and college.

The 14-year-old from Santiago, Chile told her mother she wanted to build a robot to help her with chores around the house, her cousin Emily Carr said in a eulogy celebrating the teenager’s life on Monday, Jan. 10, at the City of Refuge Church in Gardena.

“Valentina was pensive and quiet,” Carr said. “She was always thoughtful, always thinking. She absorbed the world around her like a sponge.”

Carr spoke to a 100-strong audience, half of them media members, inside the church’s cavernous convention hall. Just in front of her, Orellana Peralta’s body lay in an open casket, her mother and father weeping while holding photos of their daughter.

The funeral for the Van Nuys girl — killed on Dec. 23, 2021, when a Los Angeles police officer fired a rifle at an assault suspect inside a North Hollywood Burlington store — drew intense media coverage and national civil rights figures as well.

Juan Pablo Orellana talks about his daughter, 14-year-old Valentina Orellana Peralta, and how she wanted a career in engineering, during her funeral on Monday, January 10, 2022. Valentina was killed on December 23, 2021 by a police officer’s stray bullet while shopping with her mother at a Burlington store in North Hollywood. (Photo by Brittany Murray, Press-Telegram/SCNG)

The funeral for 14-year-old Valentina Orellana Peralta was held at City of Refuge Church in Gardena. (Photo by Brittany Murray, Press-Telegram/SCNG)

Pitts: In a season of exhausted hope you can’t help but grow weary

Soledad Peralta speaks of her daughter, 14-year-old Valentina Orellana Peralta, and how she wanted love and peace in this world, during the girl’s funeral in Gardena on Monday, Jan. 10, 2022. (Photo by Brittany Murray, Press-Telegram/SCNG)

Just before Carr spoke, the Rev. Al Sharpton and Ben Crump, an attorney for other victims of police violence including George Floyd’s family, led mourners in chants of “Justice for Valentina!” and “Valentina was innocent!”

Juan Pablo Orellana and Soledad Peralta, and other mourners, called again for charges to be brought against the LAPD officer who fired the bullet that struck and killed their daughter as she huddled inside the store’s dressing room that day.

“She always told me that this country was the safest place in the world,” her father said in Spanish in his eulogy. “Unfortunately, she was mistaken. She came to this country to face her death.”