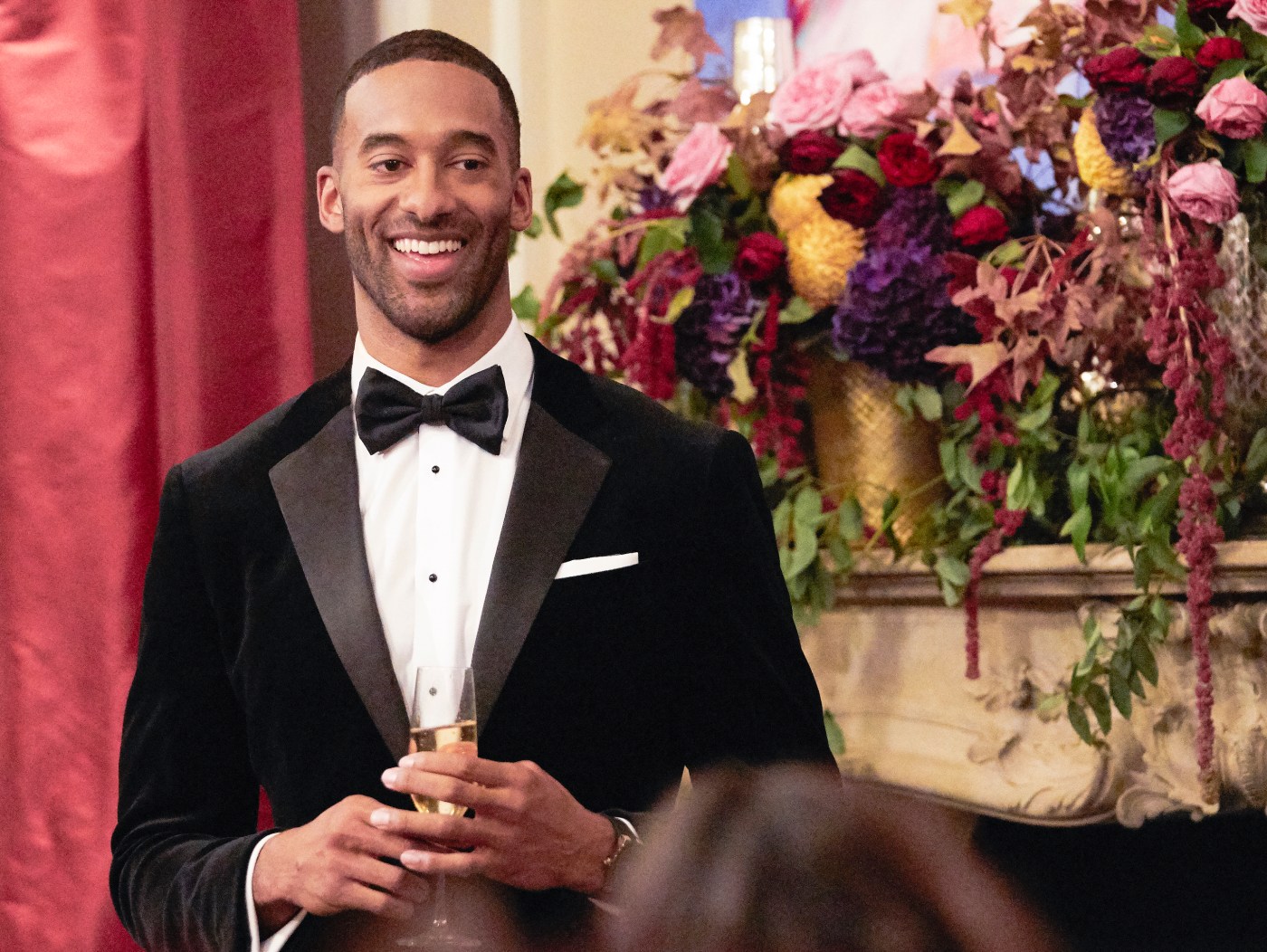 Matt James, the leading man on “The Bachelor,” has broken his silence regarding the show’s racially-tinged controversies involving longtime host Chris Harrison and contestant Rachael Kirkconnell.

James, the first Black lead in “Bachelor” franchise history, issued a lengthy statement on Instagram on Monday, addressing the “troubling information” that has surfaced in recent weeks, calling the developments “devastating and heartbreaking.”

“The past few weeks have been some of the most challenging of my life,” he wrote. “And while there are several episodes left of the season, it is important that I take the time to address the troubling information that has come to light since we wrapped filming, including the incredibly disappointing photos of Rachael Kirkconnell and the interview between Rachel Lindsay and Chris Harrison.

The controversy began when photos of contestant Rachael Kirkconnell — a current frontrunner on the ABC series — emerged on social media, showing her attending an antebellum-themed fraternity formal in 2018. Kirkconnell was also accused on TikTok of racially-insensitive behavior, including liking photos containing the Confederate flag.

Harrison then went on “Extra,” to sit down with former “Bachelorette” and correspondent, Rachel Lindsay. The first Black lead on “The Bachelorette,” Lindsay asked Harrison about the furor surrounding Kirkconnell. During the interview, Harrison went to great lengths to seemingly defend Kirkconnell, which resulted in widespread criticism and led to Harrison issuing an apology for “speaking in a manner that perpetuates racism.”

Soon afterward, Harrison announced he would take a hiatus from his “Bachelor” duties for an undisclosed period of time.

In his post, James went on to write: “The reality is that I’m learning about these situations in real time, and it has been devastating and heartbreaking to put it bluntly. Chris’s failure to receive and understand the emotional labor that my friend Rachel Lindsay was taking on by graciously and patiently explaining the racist history of the Antebellum South, a painful history that every American should understand immediately, was troubling and painful to watch. As Black people and allies immediately knew and understood, it was a clear reflection of a much larger issue that The Bachelor franchise has fallen short on addressing adequately for years.

“This moment has sparked critical conversations and reporting, raised important questions, and resulted in inspiring displays of solidarity from The Bachelor nation. It has also pushed me to reevaluate and process what my experience on The Bachelor represents, not just for me, but for all of the contestants of color, especially the Black contestants of this season and seasons past, and for you, the viewers at home.

“I will continue to process this experience, and you will hear more from me in the end. My greatest prayer is that this is an inflection point that results in real and institutional change for the better.”

Shortly after Harrison’s interview with Lindsay, Kirkconnell issued her own apology: “While there have been rumors circulating, there have also been truths that have come to light that I need to address. I hear you, and I’m here to say I was wrong,” she wrote wrote. “At …read more

The key to preventing catalytic converter theft is right outside your door: Roadshow