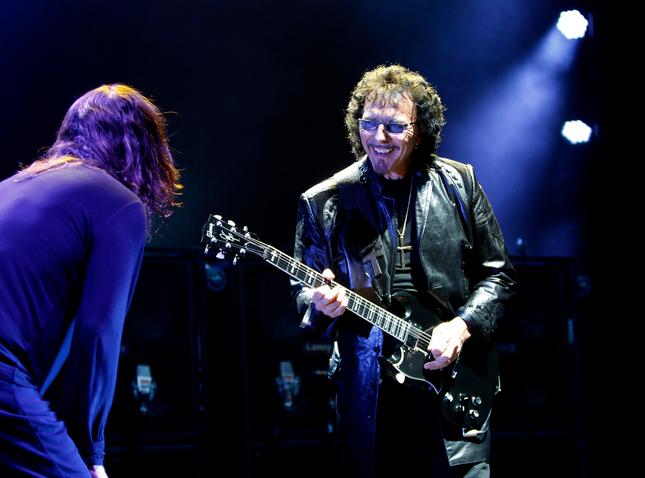 Black Sabbath was on a mighty roll in the early ’70s, releasing four amazing albums in just over two years.

The run started with the groundbreaking heavy metal group’s eponymous debut, released in February 1970, and continued just a few months later with the multiplatinum smash “Paranoid,” which gave the world the classic track staples “War Pigs,” “Iron Man” and the title track (all on side one!). One year later came “Master of Reality,” which took heavy to whole new level.

Black Sabbath vs Metallica: Who’s the mightiest metal act of all time?

Who gave the Bay Area’s best concerts in 2016? Drumroll please …

But Sabbath saved the best in the run for last — the band’s descriptively titled fourth album, “Vol 4,” which was originally released in 1972. While it wasn’t the album that contained the band’s best-known songs, “Vol 4” did showcase the formidable foursome— vocalist Ozzy Osbourne, guitarist Tony Iommi, bassist Geezer Butler and drummer Bill Ward — at the very height of their powers, both deepening and expanding their musical vocabulary on what turned out to be the most spectacularly cohesive album of the group’s legendary career.

Now fans can experience this landmark album in a whole new way with “Vol 4: Super Deluxe Edition,” a dazzling reissue package that contains a new remastered version of the original album — which sounds better than ever before — plus plenty of studio outtakes, alternate takes and live cuts. There’s also a booklet features liner notes, quotes from band members, photos and other cool stuff.

It’s available as a 4-CD set for $59.98 and as a 5-LP set, pressed on 180-gram vinyl, for $109.98. The set comes from the friendly folks at Rhino Entertainment (rhino.com), the label that has been doing such a great job with its Black Sabbath reissue campaign. Fingers crossed that Rhino will keep right on going through the albums with Ronnie James Dio, who fronted Sabbath after Osbourne exited following 1978’s “Never Say Die!”