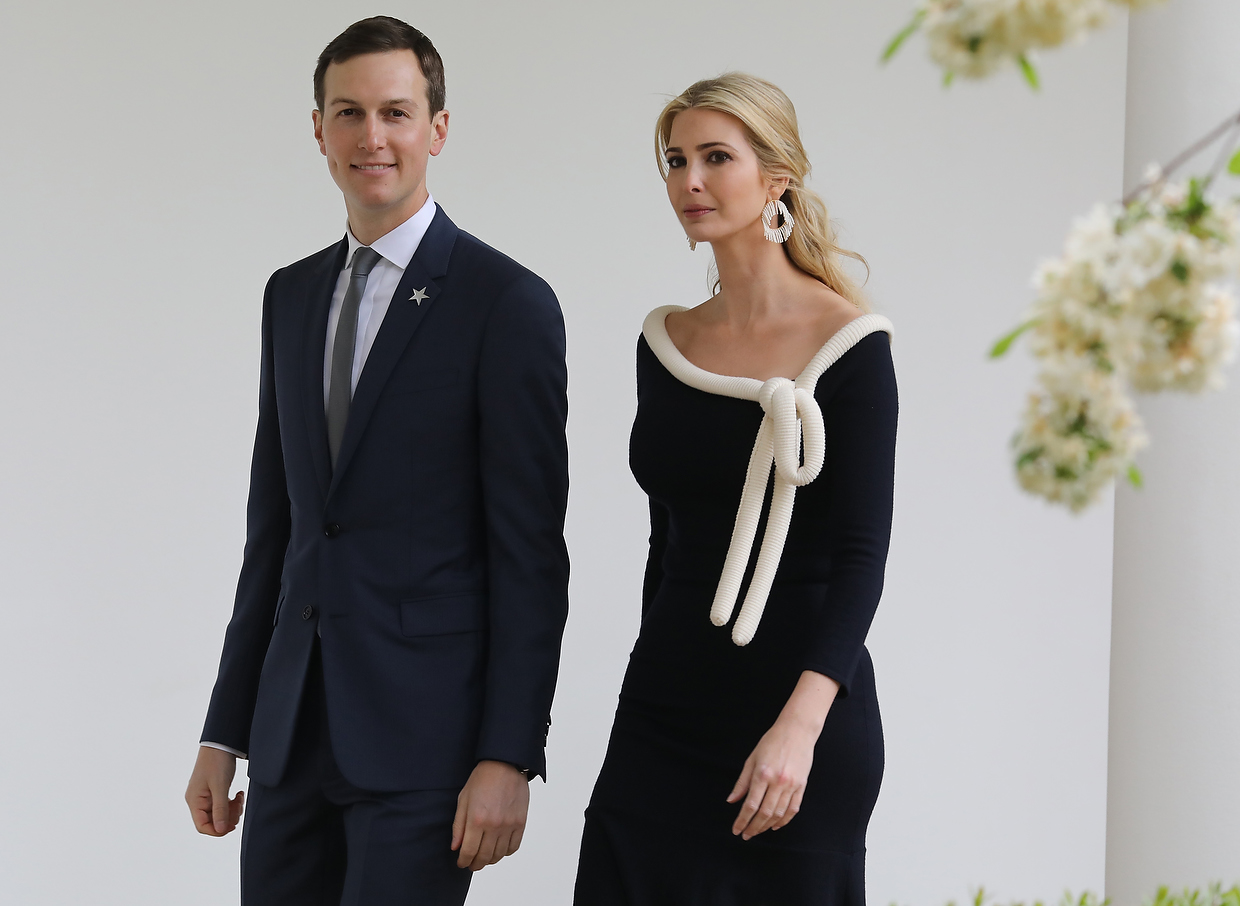 It’s been costing taxpayers $3,000 a month to provide the Secret Service agents protecting Ivanka Trump, her husband and their three children, with a toilet. That’s because President Trump’s daughter and son-in-law reportedly forbade agents from using any of the many bathrooms at the couple’s Washington D.C. mansion.

People began sharing memories about the “The Help,” a film set in the Civil Rights era, after the Washington Post published a story alleging that Ivanka Trump and Jared Kushner instructed agents guarding them and their three young children to stay out of their 6.5 bathrooms.

The agents were instead tol to find facilities away from their house in the city’s exclusive Kalorama neighborhood, the Washington Post reported, citing interviews with neighbors and law enforcement officials. For a time, the agents used a porta-potty set up on the sidewalk, which neighbors complained about as being unsightly. Agents then used bathrooms in the nearby home of former President Barack Obama and the “not-so-nearby” residence of Vice President Mike Pence. Sometimes, they had to rely on the hospitality of nearby restaurants.

“The agents finally found a toilet to call their own,” the Washington Post reported. “But it came at a cost to taxpayers.”

The federal government ended up renting a basement studio, with a bathroom, from a neighbor of Ivanka Trump and Jared Kushner, the Washington Post reported. The monthly rent, starting in September 2017, was $3,000 a month, bringing the total cost to $100,000 to date.

White House spokesperson Judd Deere denied that Trump and Kushner restricted agents from their six-bedroom, 5,000-square-foot home, asserting that the Secret Service itself decided to keep its protective detail from going inside. Law enforcement officials, familiar with the situation, disputed this version of events and told the Washington Post that agents were kept out at the family’s request. The officials said the bathrooms inside the Trump/Kushner home were off-limits to agents “from the beginning.”

Disappearing goldfish: Who took them from a San Jose backyard?

The idea that Ivanka Trump and Jared Kushner could not abide having people who work for them use their bathrooms raised ongoing concerns about the couple being elitist or showing disregard for others, in this case, Secret Service agents and their neighbors. Both Ivanka Trump and Jared Kushner grew up as the children of rich and powerful Manhattan real estate developers, and worked for their fathers before finding jobs in the White House as senior advisers after Ivanka’s father, Donald Trump, was elected president.

“They sort of came in with the attitude, like, ‘We are royalty,’” Dianne Bruce, who until recently lived across the street, told the Washington Post. “When they put the porta-potty right outside on the sidewalk we weren’t allowed to walk on, that was when people in the neighborhood said, ‘That’s really not acceptable.’”

For others, Trump and Kushner’s alleged bathroom ban reminded them of a plot point in the movie, “The Help.” In the 2011 film, a racist White socialite in 1963 Jackson, Mississippi fires her Black maid after the maid uses her guest bathroom, instead of an outhouse, during a thunderstorm.