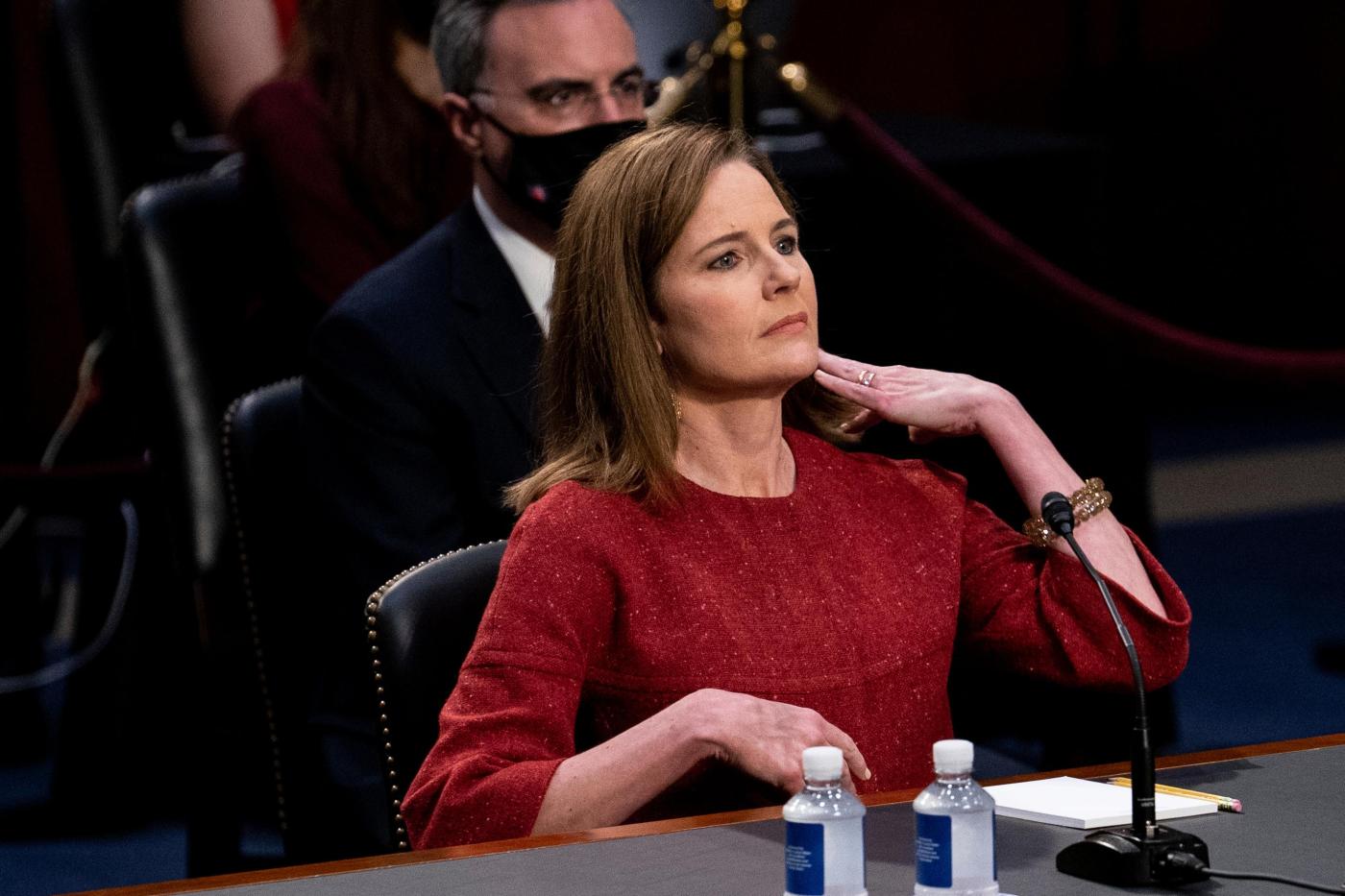 Amy Coney Barrett says she doesn’t recall seeing President Donald Trump’s statements that he planned to nominate Supreme Court justices who would repeal the Affordable Care Act prior to her nomination for an open seat.

Her comments came in response to questions from Sen. Kamala Harris of California, the Democratic nominee for vice president. Harris questioned Barrett via video stream from her office in the Capitol rather than attend in person due to coronavirus concerns.

Asked if she was aware of Trump’s comments before her nomination, Barrett said she could not give a yes or no answer.

“I don’t recall hearing about or seeing such statements,” she said.

She later said Democratic senators may have referenced Trump’s comments during conversations after her nomination but prior to her confirmation hearings.

Harris also noted that Barrett wrote an article critical of the court’s decision to uphold the Affordable Care Act five months before Trump nominated her to an appellate court in May 2017.

Harris’ focus on the Affordable Care Act mirrored her campaign messaging about access to health care amid the pandemic.

HERE’S WHAT YOU NEED TO KNOW ABOUT THE BARRETT HEARINGS:

— Barrett avoids taking positions on a variety of subjects and rulings.

— AP Fact Check looks at the debate over the Affordable Care Act.

— Barrett adheres to the judicial philosophy of originalism.

President Donald Trump’s nominee for the Supreme Court is declining to get involved in the question of whether the president should commit to a peaceful transfer of power if the election doesn’t go his way.

Trump has said that he’ll “see what happens” before agreeing to any election outcome.

New Jersey Sen. Cory Booker, a Democrat, asked Barrett about the issue Tuesday on the second day of her confirmation hearing. Booker asked: “Do you believe that every president should make a commitment unequivocally and resolutely to the peaceful transfer of power?”

“Well, senator, that seems to me to be pulling me in a little bit into this question of whether the president has said that he would not peacefully leave office and so to the extent that this is a political controversy right now as a judge I want to stay out of it,” she responded.

“One of the beauties of America from the beginning of the republic is that we have had peaceful transfers of power and that disappointed voters have accepted the new leaders that come into office, and that’s not true in every country, and I think it is part of the genius of our Constitution,” Barrett responded.

Supreme Court nominee Amy Coney Barrett is clarifying her use of the phrase “sexual preference,” apologizing to those who interpreted her word choice as suggesting hostility toward LGBT rights.

Earlier in her confirmation hearing, Barrett told senators that she has not “discriminated on the basis of …read more

The Latest: Pence to be in Minnesota on Monday after all